A Soldier with 3rd Battalion Princess Patricia’s Canadian Light Infantry rests aboard a C-130 aircraft on its way to Canadian Forces Base Cold Lake, where 3rd Battalion Soldiers will board American helicopters.

Here’s a list of gear the Combating Terrorism Technical Support Office is seeking to give U.S. counterterror operators.

Hunting terrorists is a dramatic business worthy of a Marvel comic. Quiet, covert intelligence-gathering foreshadows sudden violence: door kicks, smoke grenades, gunfire.  And then there are the gadgets.

In November, the Defense Department’s Combating Terrorism Technical Support Office put out a draft of its annual Broad Agency Announcement, a sort of wishlist of futuristic superhero tools.

Here are some of this year’s items of note:

A Mini-Drone Deployable from a V-22

Future Marines will ride the Boeing V-22 Osprey to their beachhead landings. But what will they find when they get there? The Pentagon is looking for a drone that can deploy from the Osprey and “dash ahead of the V-22…providing at least 8.5 minutes of overhead [intelligence, surveillance, and reconnaissance] at the landing zone or drop zone prior to arrival.” The system drone should be largely autonomous, with waypoint guided navigation and, of course, work in all sorts of weather.

U.S. Special Operations Command has been working on a sort of Tony Stark-esque Iron Man outfit called the Tactical Assault Light Operator Suit since 2013, aiming to deliver a prototype in 2018. Before that can happen, researchers need to be able to derive “timely, accurate, and reliable prediction of intended human motion,” which is “essential for highly dynamic human augmentation systems,” like TALOS.

The Pentagon is looking for a sensor suit that “must be easily donned and doffed without using electrode gels or adhesives.”

The 1996 film Mission Impossible reaches its climax when protagonist Ethan Hunt dons a pair of glasses outfitted with a mini-camera to show that the film’s villain has faked his death. An astute observer might have wondered — not “How does one make a camera that small?” (Really, it’s just a bed of capacitors) — but “How does one transfer imagery data in a communication-constrained environment?”

The Pentagon is looking for a miniature transmitter “that will allow for covert video surveillance operations” — to wit, “transmit live clandestine surveillance, intelligence, and security operations efficiently in body worn and difficult concealment applications.”

Operators should be able to configure the transmitter remotely and wear it in a way that allows them to operate “normally without injury to subject and [it should] provide high performance video and audio during clandestine investigative operations.”

Your eyes and face say a lot about what you’re thinking, especially when your mouth isn’t moving. Your eye blinks may signal your intent to deceive. So may activity in the sympathetic and adrenergic nervous systems, particularly under the eyes. That is a symptom of stress, which can be an indicator of deception, depending on the context in which that stress is occurring, such as an interrogation about a crime you have committed or contemplated.

Biometric signal extraction is the forefront of modern deception detection. But teaching software to make sense of complex biophysical information gleaned from thermal imaging and eye movement observation isn’t easy. The Pentagon is seeking an algorithmic solution (read software) that can “quickly analyze a variety of signals and information provided by the sensors and hardware of these systems acquired from humans during interviews.” The input signals will include thermal face heat, dilation of the pupil, breathing and heart rate and  “electrodermal activity,” which is the changing electrical properties of the skin, also an indicator of stress.

What horror lurketh behind the walls? The Office wants a 15-pound or lighter box to find secret tunnels, drug and weapon caches, and other “man-made voids…concealed in the floors and walls of buildings and underground municipal infrastructure.”

Back in 2014, researchers from AS&E demoed a handheld backscatter X-ray device that could continuously blast and collect photons to provide limited detection of hidden objects of high atomic density. Backscatter sensors are somewhat limited by the thickness of the surfaces the photons have to penetrate. Getting form factors down is a daunting, but hardly insurmountable, challenge.

The Defense Department, State Department, and a variety of partners around the world are constantly working to counter extremist messaging and recruiting on networks like Twitter and Facebook. But these operations carry risks. As author and scholar J.M. Berger has observed, the State Department can’t just pick a fight with a random jihadist or ISIS supporter on Twitter: “You have a lot of people watching to see if you’re going to lose the argument.” Such exchanges are all upside for the radical, all downside for the establishment.

Like every military action, psychological operations on social media require training. The Pentagon is looking for a virtual social media site trainer called the Dynamic Social Media for Training and Exercises, which can emulate the look, feel and the key features of Facebook, Twitter, Snapchat, Instagram and Tumblr, to support “operator collection, analysis and exploitation of social media during training and exercise” while avoiding “the challenges associated with training on the open Internet.”

Of all the challenges that counter terrorism operators face, “the open Internet” seems relatively benign. 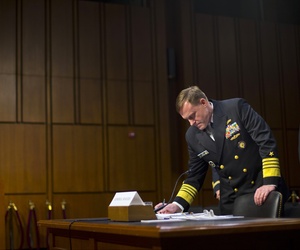 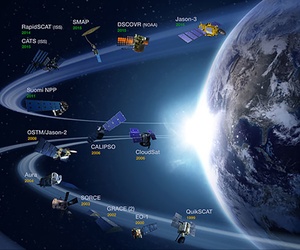 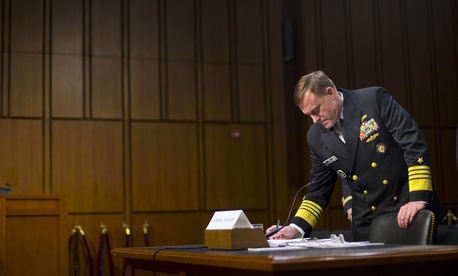 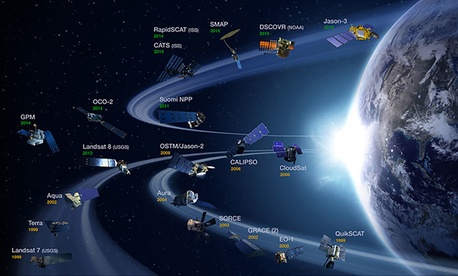