A truck drives near the Mexico-US border fence, on the Mexican side, separating the towns of Anapra, Mexico and Sunland Park, New Mexico, Wednesday, Jan. 25, 2017

Trump’s order notwithstanding, it would take years and new technology to truly close the border.

President Trump’s new executive orders to extend walls along the U.S.-Mexico border and deport undocumented individuals may have a popular appeal, but achieving real border security will likely take longer than many Trump supporters hope.

“We’re not ready to do it yet,” said one U.S. Customs and Border Protection, or CBP, official told Defense One on condition of anonymity at the 11th annual Biometrics for Government and Law Enforcement Summit in Arlington, Va. “I think it will take years.”

Even CBP officials who spoke on the record said challenges to fully securing the border and identifying undocumented aliens will extend well beyond the construction of a wall. Right now, CBP catches 85 to 95 percent of undocumented people crossing the border, according to Antonio Trindad, CBP’s director of enforcement systems.

“Is that secure? If one bad guy, really, really bad terrorist comes over the border illegally, we’ve failed with one person,” Trindad said.

Simply keeping records on people who cross the border illegally is in many ways far more useful for law enforcement than walls that can be tunneled under or, perhaps, bypassed with false credentials. That’s because walls treat every migrant the same, when in fact many people who enter illegally do so repeatedly, according to Trindad. Crossing the border under difficult conditions, in secret and under cover of night, often requires a guide. In his address at the summit, Trindad said that focusing on guides can dramatically reduce illegal crossings.

The push now to is to collect photographic data, rapidly process it, and send it to officers who can apprehend people. But it’s no simple task for a variety of reasons.

“We have some challenges collecting photos,” said Trindad. The number of cameras currently stationed on the border, including some that collect near-infrared imagery, number “in the hundreds,” he said. But age, pose, illumination and expression, what technologists in the field refer to as the A-PIE problem, constrains how well the computers can recognize faces.

The intelligence community, through the Intelligence Advanced Research Projects Activity, or IARPA, also has a facial recognition program. Called Janus, it promises dramatically better recognition, especially where visual conditions are less than ideal, the resolution is low, the person is not staring at the camera, or A-PIE challenges are particularly severe.

Janus is currently producing fewer than .01% false positives. But while even a one percent false positive rate for a system that’s presiding over a barren stretch of desert might not be a small problem, it’s still too high for use in environments, like airport security, where pulling aside even a small percentage of the wrong people can  produce huge delays and subject a lot of innocent people to useless screening, said Christopher Boehnen, an IARPA program manager.

The Janus program, which is currently in phase two, won’t be ready for deployment until mid-2018. (IARPA just produces the software; it’s up to agencies to deploy it.)

Trindad said that CBP is working with Carnegie Mellon and other institutions on software to do image recognition from seven miles away. But that, too, is an effort that is in its infancy.

Toady, CPB has three mobile processing centers, basically large trailers, where officers can collect biometric data on people and transmit the data via a satellite link to larger CPB headquarters and facilities.

“They are right now in Texas and Arizona and being used quite a bit,” Trindad said.

Cool gadgets all, but Trindad says the bigger problem isn’t lack of equipment, or lack of a wall, but bandwidth and connectivity.

“On the Southwest border, if you look at the Verizon or AT&T map, it’s covered. But we’re in canyons. Mountains block things. It’s small areas we have to worry about not being covered,” he said. Connectivity in some areas along the border remains an issue, one that a wall won’t fix. 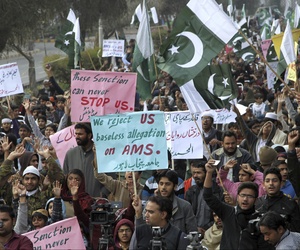 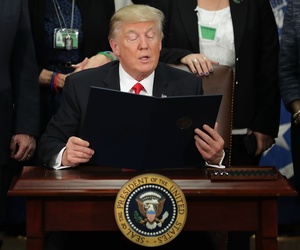 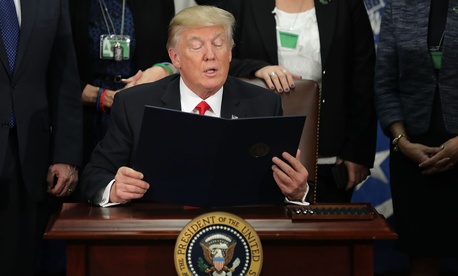