As President Donald Trump prepared to sit down with North Korea’s Kim Jong Un on Tuesday, a known sanctions-violating smuggling ship was loitering nearby off the coast of Singapore.

The Jia Feng, a Togolese-flagged, 25,000-ton bulk carrier known for smuggling coal out of North Korea, passed by Singapore on its way to Malaysia, according to a North Korea-watchdog firm. The vessel’s recent location broadcasts had been intermittent, which is a possible indicator that the ship had stopped in North Korea, said Leo Byrne, data and analytic director at NKPro, an information site run by the private firm Korea Risk Group. Most recently, the ship was moored along the east coast of Sumatra, northwest of Singapore.

According to the March report by the UN’s Panel of Experts, or POE, the Jia Feng made port at Namp’o, North Korea, in January 2017, and then carried illicit coal to Malaysia in March. The ship made an additional coal run to Vietnam last June, turning off its automated indicator sharing capability, or AIS, to conceal its activities.

“Despite the PoE’s investigations, the Togolese-flagged bulk carrier has so far avoided both UN and U.S. sanctions, while the Malaysian Government declined to comment on its continuing visits to the southeast Asian nation,” Byrne said.

The U.S. campaign to apply economic pressure on North Korea may have helped bring the regime to the bargaining table, but did little to deter it from attempting to evade sanctions.

During a press conference after the Tuesday signing, Trump praised China for helping stop smuggling through North Korea’s borders but also seemed to dismiss concerns over recent back-sliding on the issue. One pillar of the administration’s “maximum pressure” campaign is to get China to restrict oil shipments to North Korea. During his remarks, Trump thanked China’s President Xi Jingping, “a very special person… who has really closed up that border; maybe a little bit less so in the last couple of months, but that’s OK.” He added, “Over the last two months, I think the border is more open than it was when we first started. But that is what it is.”

Trump said “sanctions remain,” and would continue until denuclearization is achieved: “I look forward to taking them off.”

Secretary of State Mike Pompeo said earlier in the week that the U.S. would increase the sanctions if North Korea continued to build its nuclear arsenal.

The U.S. also has sanctioned Russian vessels for smuggling oil into North Korea. At the end of May, Russian Foreign Minister Sergey Lavrov invited Kim to visit President Vladimir Putin. The Putin regime wants to build a pipeline through North Korea to South Korea. North Korea and Russia already have plans to build a bridge on the Tumen River that borders the two countries.

Byrne has noted possible overland oil smuggling along that border. In June, he observed what looked like the movement of oil by train between the two countries. In May, a cargo train near North Korea’s Tumangang station, which houses nearly 15 large oil tanks, suddenly went missing, according to satellite images. “The presence of a cargo train in the May 9 imagery and its subsequent disappearance in the May 10 imagery is indicative of activity and the flow of goods,” notes Byrne.

Since his initial press conference after the summit, Trump has indicated in subsequent media interviews that more details of the agreement will come. For now, as the president said, sanctions remain in place. What remains unknown is whether the talks will affect the pursuit of North Korean sanctions violators. 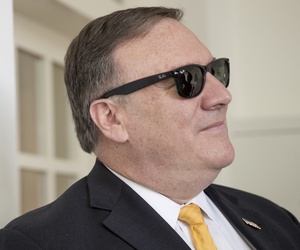 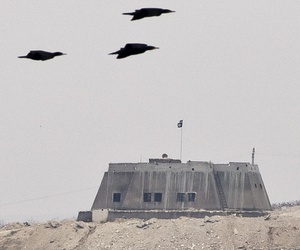 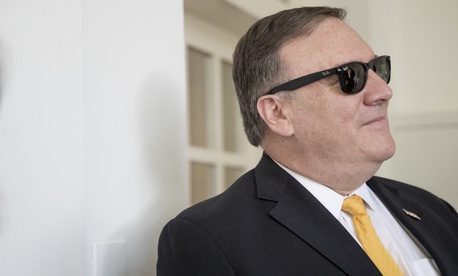 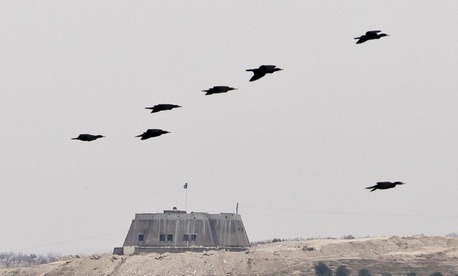