A U.S. Army soldier displays the Army's next-generation IVAS headset at an Army base in Virginia. Tuesday, July 16, 2019.

A modified gamer headset will allow soldiers to see through a drone’s eyes, aim around corners, and identify the faces of enemies in their sights.

“Very soon” U.S. soldiers could be able to identify enemies, suspects, or any persons of interest they’re seeking just by looking through the goggles on their head.

U.S. Army officials are testing a new headset that will—potentially—allow soldiers looking through them to recognize the faces of individuals in a crowd, and much more, including translate foreign language street signs into English, see through the eyes of nearby flying bug drones, and train anywhere in a semi-virtual environment, all through the same lens.

Army officials on Tuesday showed off the latest version of their Integrated Visual Augmentation System, or IVAS, a lightweight set of goggles for soldiers allowing them to blend digital elements into a soldier’s field of view.

“We’re going to demonstrate very, very soon, the ability, on body — if there are persons of interest that you want to look for and you’re walking around, it will identify those very quickly,” said Col. Chris Schneider, project manager for IVAS, at a U.S. Army Futures Command demonstration in Virginia.

To help, the Army wants the eye-goggles also to display the digital view from small bug drones, such as the Black Hornet. The Army is distributing those “personal reconnaissance drones” to help soldiers conduct intelligence, surveillance and reconnaissance. Elite Special Forces units began to experiment with the drones in 2015.

“We’re tracking very well to integrate all sensor data onto to IVAS that we can move across a network, Schneider said, “…whether it be a UAV or a ground sensor, any visual data that we can process, we can get to the soldier. That’s what we’re working on.” Army officials expect to demonstrate the drone view capability in October at Fort Pickett, in Virginia.

Those capabilities are on top of a variety of virtual training applications that would also be available on the headset, which is a modified version of the Microsoft HoloLens gaming device. “We’ve got 3000 hours of feedback already. That’s very rare that occurs,” Schneider said.

Before soldiers get the new IVAS, (wide deployment is not expected until the mid 2020s) many will receive new Enhanced Night Vision Goggle-Binoculars, or ENV-Gs, as soon as the fall. The new night vision goggles will feature an on-rifle sight that can provide a visual feed to the lenses. It will allow the soldier to essentially shoot around corners or even behind them.

“Everything that his weapon is seeing, he’ll see it. We actually bring people down to our range, have them look this way, engage this way,” said Brig. Gen. David Hodne, Soldier Lethality Cross-Functional Team director.

“That rapid target acquisition would actually allow him, if he chose, to stand behind the building to actually stick his weapon out, not expose his body, and he would still be able to engage targets, accurately, without exposing himself,” said Hodne.

One sergeant first-class at the demonstration who declined to be identified for this story claimed that he witnessed a soldier successfully hit a target from 300 meters using the device while laying on his back with his rifle pointing over his shoulder downrange.

Army Futures Command was created in October 2017 and will reach full operational capability at the end of this month.  Tuesday’s demonstration and a subsequent one on Wednesday evening on Capitol Hill are an effort to showcase progress on the Army’s modernization priorities to lawmakers. 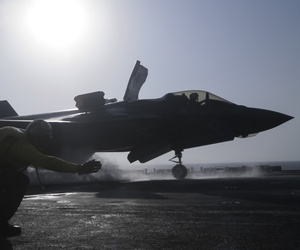 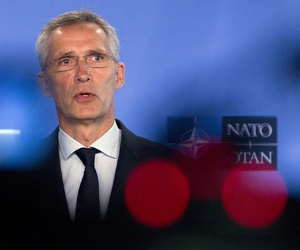 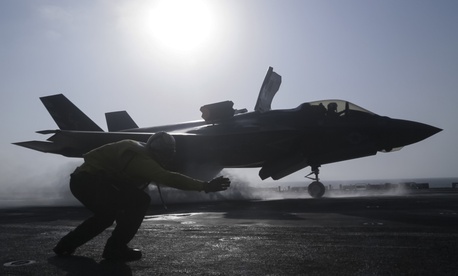 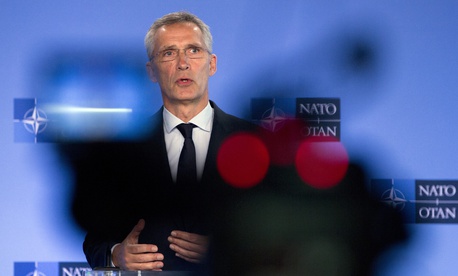