The E-4B, a plane that would quarterback a nuclear war, has lost its secondary mission as the SecDef’s main long-haul ride.

Father Time is catching up to the U.S. Air Force’s E-4B Nightwatch, the so-called doomsday plane that would direct American forces during a nuclear war and, more prosaically, has been the long-haul ride of choice for several defense secretaries.

That latter mission has been temporarily dropped to reduce wear and tear on the service’s quartet of E-4Bs, 1970s aircraft that are slated to fly into the 2020s and that are already in need of extra maintenance and upgrades, according to military officials.

“A number of aircraft are in a maintenance status to ensure they remain flyable for this no-fail mission for the next decade,” Lt. Col. David Faggard, a spokesman for Air Force Global Strike Command, said in an email. “Upgrades and maintenance include avionics, wiring, communication equipment, and other components to ensure the platform remains viable in a modern world.”

The E-4B  — whose nickname alludes to the Cold War-era flick Dr. Strangelove — has long been used by defense secretaries for overseas travel. They and their staffs preferred the modified Boeing 747 to the smaller options: military versions of the 757 and 737. The doomsday plane can refuel in the air, allowing a nonstop flight to anywhere in the world.

But with more E-4Bs in the shop for repairs and upgrades, Defense Secretary Mark Esper has had to use other military jets to fly around the world. In September, Esper flew to Europe in a C-17 cargo plane. In October, he flew to the Middle East in a C-32, a military version of the Boeing 757. That’s meant a smaller staff and press contingent on the flights.

But it has allowed the Air Force to continue to keep one of the four Nightwatch aircraft either flying or on alert every minute of every day, ready to take off at a moment’s notice.

“Our command is committed to maintaining the fleet we have in order to ensure we retain a viable weapon system for the future of our national no-fail mission,” Faggard wrote. “Modifications, modernization, and sustainment require disciplined maintenance actions to ensure the long term health of the E-4B fleet. Renewed discipline is the main driver to our change in E-4B operations and subsequent availability.”

The Air Force declined to say how many E-4Bs were currently in the shop, citing the sensitive nuclear-command mission.

Using special electronics and transmitters, the E-4B — along with the Navy’s E-6B Mercury — can pass launch orders from the president to ICBM silos, nuclear submarines, and flying bombers.

The doomsday plane is often mistaken for Air Force One, but there are noticeable differences. There’s the giant hump on its roof that hides satellite antennas. The plane has no windows aft of the cockpit, just a blue stripe running its length.

Embossed with the words “United States of America,” the plane stands out, particularly overseas. “It has ramp cred,” said a former aide to a recent U.S. defense secretary.

“A high point for me came in Munich when we spotted President Putin’s pilots in the cockpit of his plane taking pictures of ours,” former Defense Secretary Robert Gates wrote of the E-4B in his memoir “Duty.”

The connectivity and special computer networks on the E-4B allows the defense secretary to go about his business as if he’s sitting in the Pentagon. Inside, the plane has conference rooms, a briefing room (which doubles as a press cabin) and a private office and sleeping quarters.

Due to their age and importance of its mission, the E-4Bs get complete overhauls from time to time, outfitting them with new electronics and communications gear. Boeing removes the engines for inspection and dismantles each aircraft, in many cases down to its frame, looking for structural problems.

Yet despite the updates to the communications and electronics, the plane itself is so old that it’s sometimes difficult to find replacement parts. The E-4B and the two planes used as Air Force One are among the oldest 747-200s still flying. Boeing has developed and sold two newer models of the 747 since the E-4B. No American passenger airlines still fly the four-engine 747, opting instead for more fuel-efficient twin-engine aircraft that can carry a similar load of people.

Despite a regimented maintenance regime, the planes still break down, like the time an E-4B flying Gates broke down in Brussels. Two E-4Bs were damaged in 2017 when a tornado ripped through Offutt Air Force Base in Nebraska where they are based.

The Air Force is in the early stages of replacing the 1970s-era plane with a newer model. There is no formal timeline for when a new E-4B will fly. 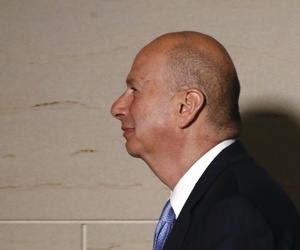 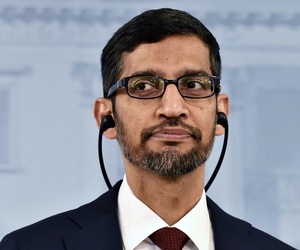 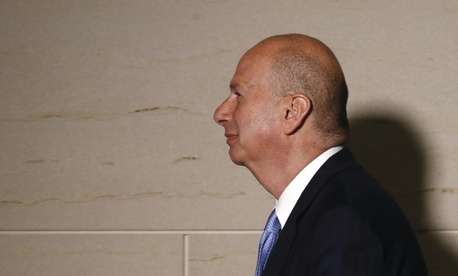 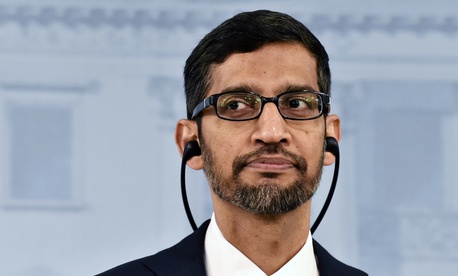