What’s needed, Griffin says, is more research into how to use weapons of various strengths in other kinds of combat.

Could lasers aboard aircraft like the F-35 shoot down enemy missiles as they launch? The Pentagon has batted around the idea for decades. But on Wednesday, its top scientists said he doesn’t think it’s practical, and said the Defense Department will put its research resources elsewhere.

“I want to put an end to that discussion. We’re not investing in airborne platforms for shooting down adversary missiles” with directed energy, said Mike Griffin, defense undersecretary for research and engineering.

The idea of mounting a laser or other directed-energy weapon on a fighter jet or drone for missile defense has surfaced and disappeared various times. Early last year, it resurfaced in the 2019 Missile Defense Review, the bible for U.S. missile defense. “Developing scalable, efficient, and compact high energy laser technology, and integrating it onto an airborne platform holds the potential to provide a future cost-effective capability to destroy boosting missiles in the early part of the trajectory,” reads the Review, the bible for U.S. missile defense. “Doing so would leverage technological advances made earlier in DoD’s Airborne Laser Program, including for example advances in beam propagation and beam control. MDA is developing a Low-Power Laser Demonstrator to evaluate the technologies necessary for mounting a laser on an unmanned airborne platform to track and destroy missiles in their boost-phase.”

But Griffin said at a Washington Space Business Roundtable digital event that while satellite-mounted lasers might eventually prove useful for missile defense, he was “extremely skeptical” about putting them on aircraft for that purpose. (He did not comment on the prospect of using them aboard aircraft to defend the plane itself or for air-to-air combat.)

“It can be and has been done as an experiment, but as a weapons system, to equip an airplane with the kinds of lasers we think are necessary in terms of their power level, all their support requirements, and then get the plane to altitudes where atmospheric turbulence can be mitigated appropriately, that combination of things does not go on one platform,” he said. “So we’re not spending money on that.”

Recently, the Defense Department has shelved some of its most ambitious laser plans in order to focus on getting fiber lasers up to a power level where they will actually be useful. The Army is fielding a 250- to 300-kilowatt laser aboard a ground vehicle. Griffin said that that power level is  “getting big enough to be worthy of consideration as a weapon in certain applications.”

What’s needed now, said Griffin, is more study of concepts of operation for lasers of different power levels in combat. “We have not invested enough in understanding lethality, different modes of lethality for directed energy. We’ve not invested enough in the operational studies of, If I gave a warfighter a weapon of x number of kilowatts, you know, how and in what circumstances could you use it? Where is it better than a kinetic weapon? Where is it not? The operational assessments have just not received as much attention as they should.” 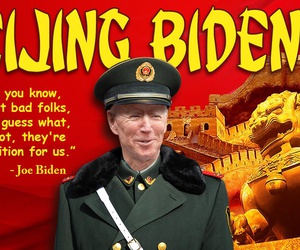 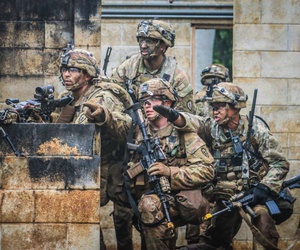 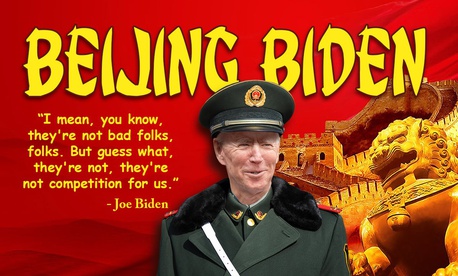 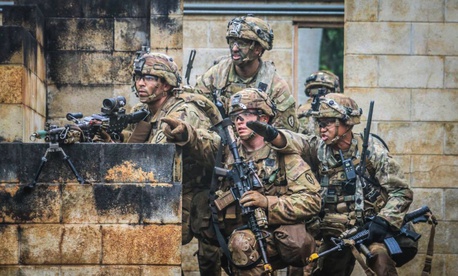