In ‘House of Cards,’ the U.S. parks an aircraft carrier near China in a standoff. In real life, that may not be an option much longer. By Harry J. Kazianis

If you are a lover of all-consuming fictional political theatre, as I am, this past holiday weekend was all about one thing and one thing only: the new season of Netflix’s streaming sensation ‘House of Cards.’ While my Valentine’s Day selection of streaming political scandal instead of a romantic evening might not have gone over well with the Mrs., I was rewarded with some unexpected geostrategic drama that my hours of scouring the Internet for spoilers failed to reveal.

For those of us over the last several years who have watched the rise of China’s military, an interesting subplot played out that spoke volumes concerning America’s power projection capabilities, Washington’s options in a crisis with Beijing, and the United States military’s challenge in dealing with anti-access/area-denial capabilities, better known as A2/AD.

Mixed in between the fictional fall of one president and the rise of everyone’s favorite Machiavellian lawmaker, tensions in the East China Sea brewed with Beijing and Tokyo placing warships in contested waters. At one point, Washington positions an aircraft carrier near Okinawa in a sign of support for Japan.

In the real life house of cards involving America’s armed forces, repositioning an aircraft carrier might be a show of strength, but American decision makers in the near future may decide against such a move so close to China, thanks to an onslaught of budding A2/AD weapons and battle networks.

To better appreciate the challenge U.S. military planners are increasingly faced with when considering how to deal with China’s near shores a little context is needed. A2/AD strategies — specifically those involving China — were not dreamed up in isolation. They are the result of strategic thought and military necessity. While China’s economy has now passed Japan as the world’s second largest, it is still decades away from deploying a world-class military on par with the U.S. Instead, China invests in weapons systems meant to push back U.S. forces in times of a crisis, such as ultra-quiet submarines, over 80,000 sea mines, high-tech cruise and ballistic weapons. Beijing has developed a suite of weapons that when placed together — especially larger amounts of missiles fired in saturation strikes — could overwhelm American countermeasures like expensive missile defense platforms. While pictures of possibly stealth fighters coming out of Beijing are certainly eye catching, it is China’s defensive suite of weapons that has Washington’s policy makers scrambling for solutions.

History also plays a role in the rise of anti-access weapons and strategy. Beijing’s defensive gurus were shocked watching U.S. battlefield success during the 1991 Gulf War powered by a revolution in military affairs, modern command and control, C4ISR and technological sophistication. Scholars writing for the Rand Corporation in 2007 when looking at the role the Gulf War had on Chinese strategy explained “airpower received attention for its ability to destroy air defense and command-and-control nodes, while the U.S. use of stealth aircraft and cruise missiles highlighted the difficulties the [People’s Liberation Army] would have in defending itself against an attack from an advanced air force.” Simply put, Beijing would be in trouble against a similar foe.

Events closer to home, especially the 1995-1996 Taiwan crisis, pushed Chinese thinking even further towards more asymmetric means. Chinese strategists simply had no solution in negating the power projection capabilities of American carriers. As the crisis receded, Beijing went to work on developing one of the world’s most advanced ballistic and cruise missile programs. As China scholar Larry Wortzel was warned during an ominous 1999 exchange: “We’re going to sink your carriers with ballistic missiles.”

The ‘House of Cards’ crisis in the East China Sea was thankfully a fictional one, but it showed one real world challenge America may face in projecting power near China. Washington must develop systems that maintain and enhance the power of naval carriers. One way to do so is to foster the development of unmanned, deep strike weapons from American flat tops. With the recent success of the UCLASS program we have a viable path towards such a weapons platform that must be embraced. Operational concepts like AirSea Battle must become part of our toolbox to ensure no part of the world is fenced off in times of peace or war. America has faced challenges to its power projection capabilities in past and has always been up to the challenge. The growing anti-access threat, while formidable, can be transformed from a venerable house of cards to a manageable obstacle. All that is required is the will. 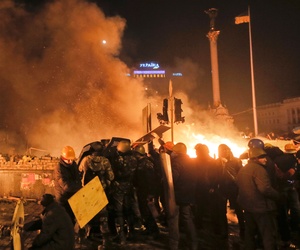 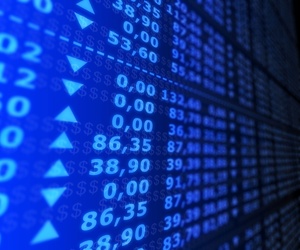 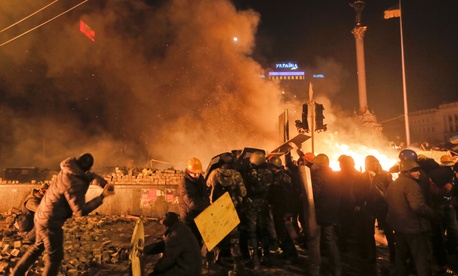 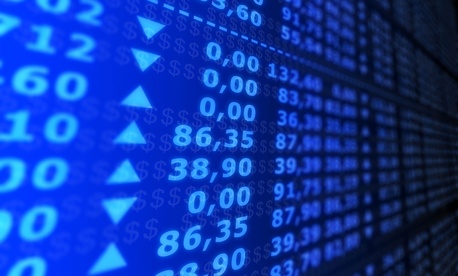