Putin's push to secure the military outpost he leases from Ukraine could bring the entire region under Russian control. By Marina Koren

The United States doesn’t deny that some Russian interests in Ukraine are “legitimate.” But what exactly are they?

In Crimea, it’s not the protection of ethnic Russians, which Russian President Vladimir Putin says is his top priority. It’s the protection of a naval base, situated at the southwest tip of the Crimean Peninsula, that Russia leases from Ukraine. The base houses the Black Sea fleet, a subunit of the Russian navy. And for Putin, maintaining control of it during the ongoing crisis—and well after—is nonnegotiable.

The base, in operation since the late 18th century, is a powerful political asset for Russia. It’s located in Sevastopol, a warm-water port that never freezes over, a strategic benefit Russians as a people can’t deny. It also marks the end of the country’s military route into the Black and Mediterranean seas. It has made appearances in a number of important conflicts: against the Ottomans in World War I, the Romanians in World War II, and Georgia during the South Ossetia war in 2008.

During the Cold War, the Black Sea was virtually a Soviet lake. The Soviet Union, Romania, and Bulgaria wielded more power there than neighboring Turkey, which had become a NATO member in 1952. When the Soviet Union collapsed in 1991, the maritime territory was divided up even further as distinctly Russian, Ukrainian, and Georgian fleets waded into the water.

That year, Ukraine retained control of the land that houses the naval base. In 1997, Ukraine agreed to lease the base to Russia, an agreement that in 2010 now-ousted President Viktor Yanukovych extended to at least 2042. In exchange, Ukraine received a 10 percent discount on Russian gas imports.

The fleet’s power has eroded since the collapse, and its position is currently somewhere between a critical asset and a point of pride. But Russian leaders, including Putin, have long resented Ukrainian influence over the land it sits on.

The civil unrest in Ukraine provided Moscow with an opportunity to seize control of the base. When protests escalated in Kiev, a small, unhappy rumbling began to spread through Crimea, whose population is mostly Russian. For Putin, this was his chance to move in.

And he wasn’t going to drag his feet.

Heavily armed men in unmarked uniforms, believed to be Russian, swarmed Crimea this week, surrounding government buildings and military outposts. Russia increased the number of troops stationed in Crimean military bases from 3,000 to 16,000 and sent multiple helicopters and military ships to the region. Any increase in military presence, be it personnel, ships, or weapons—must be approved by Ukraine, but Russia did not seek permission for its military surge.

This isn’t the first time Russia has dispatched troops to protect its military interests in another country. Last summer, when President Obama threatened Syria with military action, Russia sent troops to the Syrian port of Tartus, its only naval base outside of the former Soviet Union.

That’s because behind the push to protect the naval base lies a much more abstract and deep-seated Russian interest: the expansion of Russian influence and policy throughout Eastern Europe, and keeping it out of the hands of the West. Ever since the breakup of the Soviet Union, Ukraine has been a weak link in Russia’s defenses against the West. The last thing Putin needs is for Ukraine to embrace Western influence, and to back out of its lease agreement in Sevastopol.

Putin has said he won’t annex Crimea, but reclaiming the region—and by extension, the Black Sea fleet’s base—could be easier than he thought. Lawmakers in Crimea announced Thursday they will hold a referendum March 16 on whether the region should become part of Russia. “This is our response to the disorder and lawlessness in Kiev,” Crimea legislator Sergei Shuvainikov said. “We will decide our future ourselves.”

Now, the greatest Russian interest, legitimate or not, is pushing Crimea in the right direction. 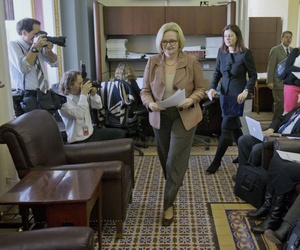 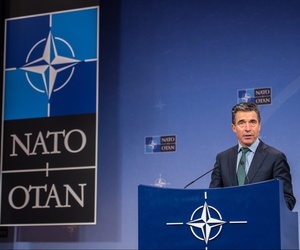 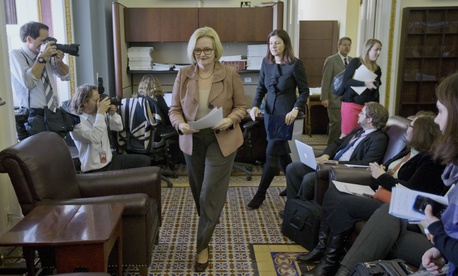 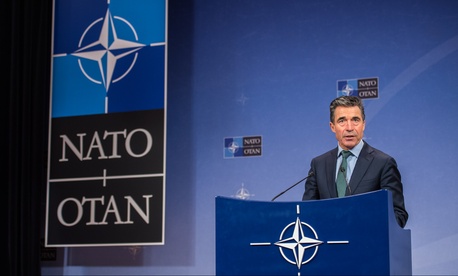