One university team may have found a way to predict the world’s next genocides. By Ben Watson and Kedar Pavgi

Twenty years after the horrors of the Rwandan genocide, researchers at The University of Sydney have created a model predicting which countries will experience targeted mass violence across the globe.

Known as the Atrocity Forecasting Project , the model plugs in more than a dozen “instability variables,” which include statistics on civil wars, regime changes, assassinations, neighboring state conflicts, infant mortality rates, and instances of previous genocides. It is similar to the Pentagon-funded Integrated Crisis Early Warning System (ICEWS), a data tool used to forecast a variety of international emergencies.

The project could help “major players” like the United States, European Union, or the United Nations, “by giving them an early warning to increase readiness for military intervention, when necessary to stop such violence soon after it starts,” Ben Goldsmith, one of the chief researchers, told Defense One  .

And their latest projections have proven remarkably accurate. As a control, the model was first applied to atrocities falling between the years 1988 to 2003. Their results turned out to be 90.9 percent accurate in predicting when major genocides like the ones in Rwanda, Yugoslavia and Sudan, actually occurred.

Forecasting through 2015, the Central African Republic (CAR) tops their list—a timely reflection of statements by officials as well as the U.N. Security Council’s unanimous decision Thursday to send peacekeepers there to counter the exodus of some 625,000 residents fleeing brutal sectarian violence in recent months. The Democratic Republic of Congo, Chad and Somalia follow CAR, with Afghanistan and Syria also in the top 15.

Researchers hope their findings will one day influence not only the work of international relief organizations, but maybe even alter the plans of malignant actors in the world’s most violent places.

“Such monitoring,” Goldsmith said, “might in itself serve as a deterrent, for example if actors considering incitement to mass killing are aware that there will be sufficient evidence to prosecute them for the crimes against humanity they are contemplating.”

The research team plan to produce an updated forecast later next year that extends beyond 2015.

The maps below compare the project’s findings first for the control study, then for the 15 countries most at risk for genocide or politicide. (What’s the difference? See here  .) 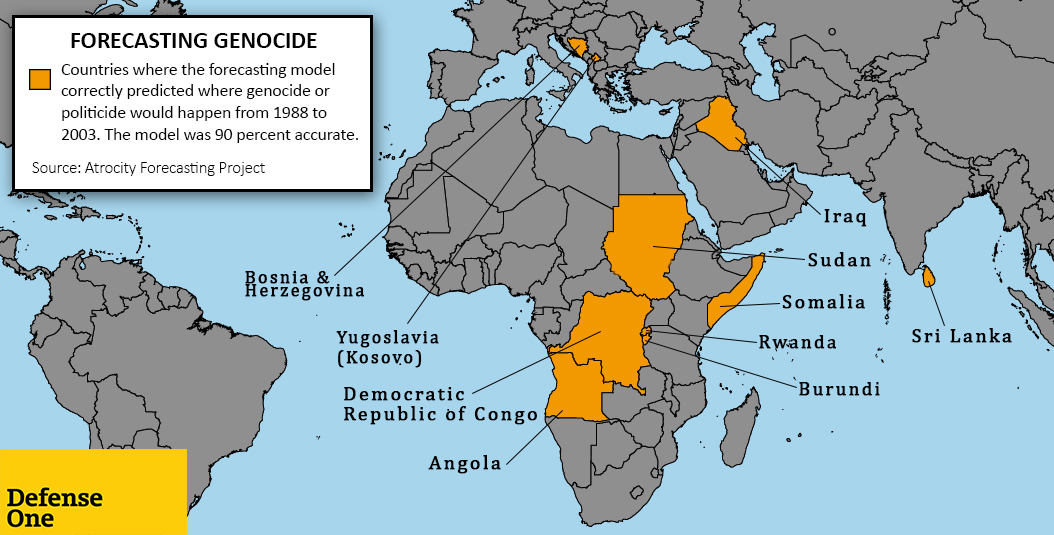 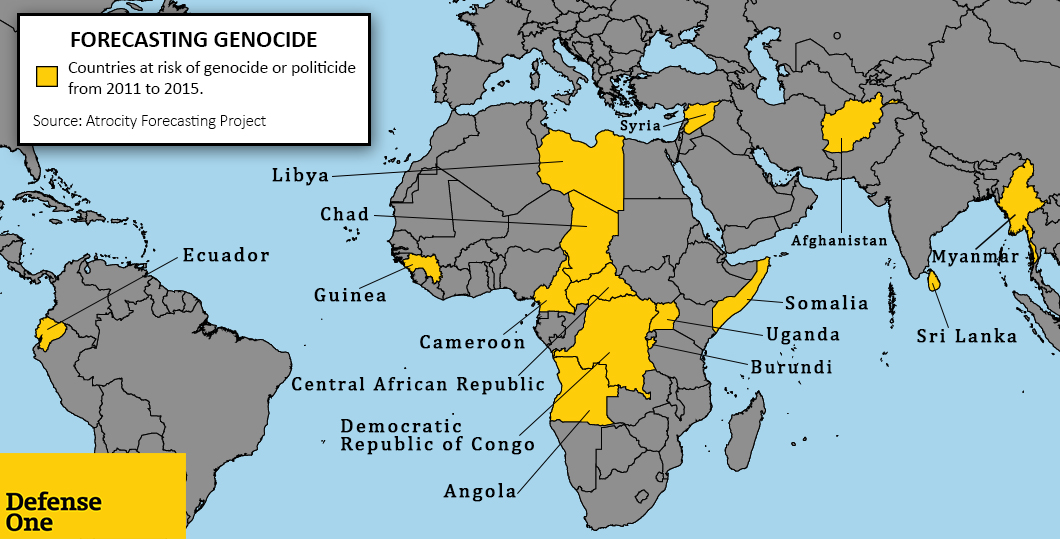 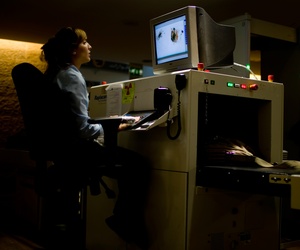 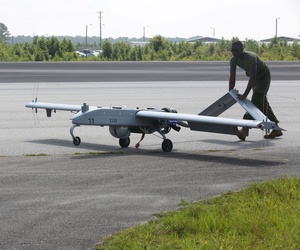 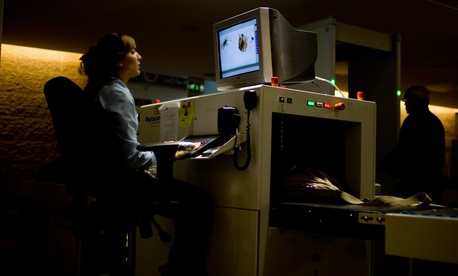 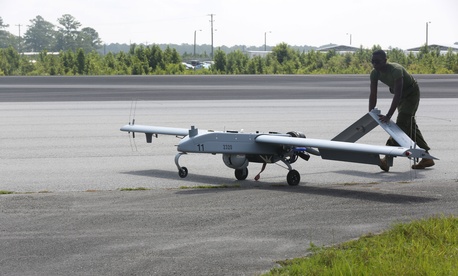