Troops with the Marine Air-Ground Task Force disembark from an MV-22B Osprey at Baker runway in the Philippines on December 9, 2013.

In the wake of the Benghazi attack, the Pentagon realized it needed a smaller, more agile footprint in North Africa. By Ben Watson

CORRECTION: An earlier version of this story reported the Marine Air Ground Task Force based in Spain responds to hotspots in North Africa and the Middle East. The MAGTF area of responsibility does not extend to the Middle East.

As unrest spreads in Libya, a team of 250 Marines is on standby in nearby Italy to evacuate Americans at the U.S. embassy in Tripoli if necessary. These small quick-reaction forces, based in Moron, Spain, can respond rapidly to hotspots in North Africa. And now, they’re part of what the Pentagon calls the “new normal,” aimed at preventing another Benghazi-like attack.

“One of the things that we learned from Benghazi was the need to have an agile footprint that you can move quickly to address just these kinds of issues in North Africa,” said Pentagon spokesman Rear Adm. John Kirby at a briefing with reporters Tuesday at the Pentagon. “This is part of what we consider the new normal.”

The Marine Air-Ground Task Force, or MAGTF, along with seven Osprey helicopters and three C-130 planes are waiting nearby to swoop in. Kirby called the positioning a “precaution” that allows the U.S.“to be able to be in a posture and in a location that, should they be needed in North Africa, specifically Libya.”

“We’re watching the situation very closely and we urge, as, I think, everybody in the U.S. government has been urging, all parties to take a step back from the violence and work through these issues peacefully,” Kirby said. “It’s certainly unsettling. And quite frankly, that’s why we made the decision to move those Marines to Sicily, and they’re ready to go if they’re needed.”

(Related: Why Libya Is So Hard To Govern)

The Marines and aircraft shifted to Italy as part of an East Africa Response Force within U.S. Africa Command called the Special Purpose Marine Air Ground Task Force-Crisis Response unit. It was created in the wake of the Sept. 11, 2012, attack on a U.S. compound in Benghazi that killed four Americans, including Ambassador Chris Stevens.

In January, the unit deployed to Juba, South Sudan, to evacuate 20 U.S. embassy staffers. And last May it was in Sigonella, Italy, while diplomats evacuated Tripoli when a car bomb killed 10 people in Benghazi.

The recent violence in Libya centers on Khalifa Haftar, a former general who has fielded his own self-declared Libyan National Army in the security vacuum left by Muhammar Gaddafi’s toppled regime. Haftar’s men attacked Islamist militia bases in Benghazi on Friday, killing 75 people Haftar viewed as supportive of Libya’s interim government. Militiamen countered on Sunday with an attack on the parliament in Tripoli, and on Tuesday, the parliament was forced to shift its operations to a nearby hotel and pushed up a new parliament vote as it tries to maintain some semblance of legitimacy.

“They’ve gone through quite a transition over the last several years,” said State Department spokeswoman Jen Psaki on Tuesday. “We don’t condone or support [Haftar’s] activities, nor have we assisted with his actions.”

For now, the U.S. Embassy in Tripoli remains open, she said. 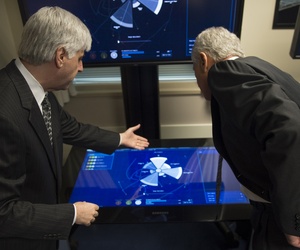 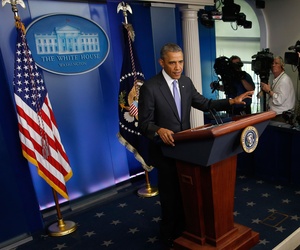 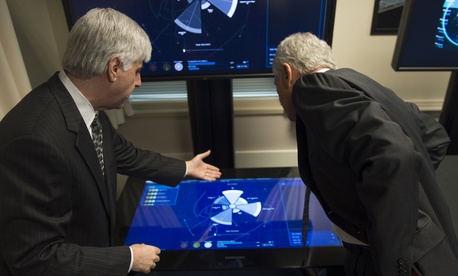 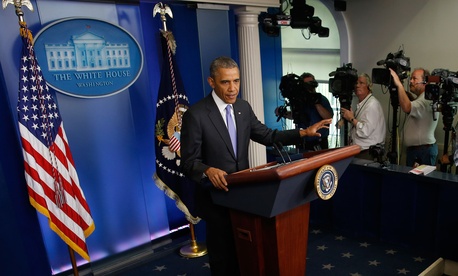