ISIL and the Lesser Evil of Bashar al-Assad

Protesters carry an image of Syrian President Bashar Hafez al-Assad during a demonstration against US military action in Syria, Sept. 9, 2013, in front of the White House in Washington.

As ISIL tears through Iraq, Syria's Assad has strengthened his alliances with Baghdad, Iran, Hezbollah, and Russia. Could the U.S. be next? By Dominic Tierney

A year ago, Bashar al-Assad, the president of Syria, was reeling from an entrenched insurgency and facing the prospect of war against the United States and its allies. After Syrian government forces used chemical weapons to kill more than 1,000 civilians in August 2013, Barack Obama threatened air strikes against Damascus—before a last-minute deal to destroy Syria’s chemical stockpiles averted a conflict.

Today, Assad is almost an unofficial ally of the United States in the fight against the Islamic State of Iraq and Syria (ISIS), a Sunni extremist force that has swept from Syria into neighboring Iraq. The Syrian leader’s tale of political survival offers a brutal lesson about how dictators can use violence to radicalize their opposition and cement their rule.

Embattled tyrants like Assad can’t usually win international allies with a charm offensive. Instead, their best hope for gaining foreign support is to rely on that old adage: the enemy of my enemy is my friend. As Winston Churchill said during World War II: “If Hitler invaded hell, I would make at least a favorable reference to the devil in the House of Commons.”

Dictators can play the devil’s gambit: winning international sympathy by deliberately radicalizing regime opponents, so that these adversaries look like latter-day Hitlers. This approach is cynical, bloody, and potentially effective. “It’s obvious that Bashar al-Assad’s strategy is to present us with a choice of ISIS or him so that eventually we will choose him,” Senator John McCain has observed.

How does the devil’s gambit work? The goal is to make the opposition appear even more threatening than the regime. If you’re a despot like Assad, this is no easy feat. For one thing, Damascus has an appalling human-rights record, and a list of allies that reads like the Axis of Evil, 2014 edition, including Iran and Hezbollah. 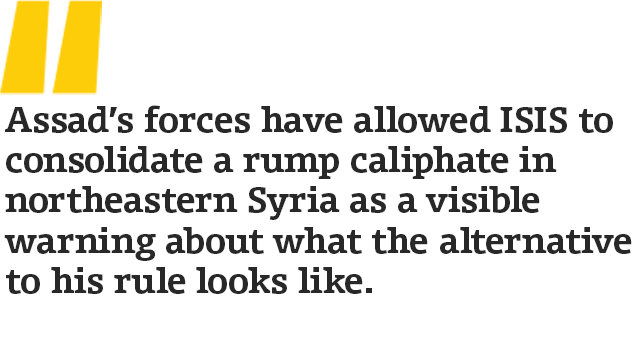 Furthermore, back in 2011, the original Syrian resistance won many international friends. The opposition included a large number of moderates who sought democratic change using peaceful mass protests and strikes. These tactics of non-violent resistance can successfully undermine a dictatorship, by boosting mass participation in the resistance, peeling away regime supporters, and winning foreign backing.

The devil’s gambit requires transforming the opposition into something far more radical and dangerous. If non-violent resistance is effective at toppling tyrants, then dictators can incite rebels into using extreme tactics like terrorism. Autocrats want to turn today’s Gandhis into tomorrow’s jihadists. Here, dictators can benefit from the inherently vicious nature of civil war. A cycle of atrocities and revenge is like a centrifugal force that pushes all sides to the extreme. The center cannot hold, as the catalyst of violence hardens attitudes, marginalizes moderates, and forges the opposition into a more militant entity.

In Syria, three years of scorched-earth warfare, which has left 170,000 dead and ruined much of the country, have removed the restraints on war. Over time, the balance of power within the opposition has shifted from relatively moderate groups like the Free Syrian Army to extremists like ISIS.

Dictators playing the devil’s gambit can further this process of radicalization by targeting moderate groups for destruction, or provoking them into acts of terror. Assad casts himself as the nation’s guardian against Sunni jihadists, but he has deliberately encouraged the rise of extremism. The Syrian president’s forces have allowed ISIS to consolidate a rump caliphate in northeastern Syria as a visible warning about what the alternative to his rule looks like. Indeed, Assad’s troops rarely battle ISIS, saving their fire for more moderate enemies. The regime has even reportedly released jihadists from jail to foment extremism within the opposition, and bought oil from ISIS, effectively bolstering its influence. 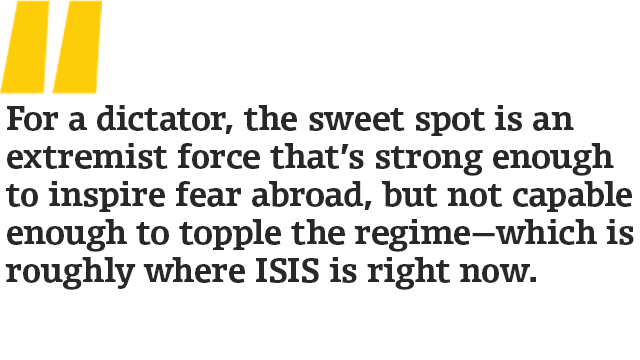 For Assad, ISIS is priceless. The Sunni extremist boogeyman holds the key to his political survival. As ISIS continues its assault in Iraq, employing tactics that include beheadings, crucifixions, and systematic torture, Assad has cemented his alliance with Baghdad, as well as with Iran, Hezbollah, and Russia.

Even Assad’s enemies are rethinking their strategy. European countries worry about the thousands of Europeans who have traveled to Syria to fight Assad—and their potential return as violent militants. Meanwhile, the United States has dispatched hundreds of advisors to join the battle against ISIS in Iraq. Members of the Obama administration are backing away from the goal of toppling Assad. “Anyone calling for regime change in Syria,” said one official, “is frankly blind to the past decade; and the collapse of eastern Syria, and growth of Jihadistan, leading to 30 to 50 suicide attacks a month in Iraq.”

The devil’s gambit is a chancy maneuver, since the resulting radicals could grow too powerful to control. For a dictator, the sweet spot is an extremist force that’s strong enough to inspire fear abroad, but not capable enough to topple the regime—which is roughly where ISIS is right now. If the militants become too potent, Assad will probably turn on them with a vengeance.

The devil’s gambit is risky, yes—but a calculated risk. A dictator looking down the barrel of regime change may be inclined to gamble. Perhaps Muammar Qaddafi and Hosni Mubarak lost power because they failed to play the game as ruthlessly or effectively as Assad has.

What can Washington do? The devil’s gambit works precisely because it presents the West with a stark alternative: a greater evil or a lesser evil. Before we cast our lot with Assad, however, we need to think not just about today’s choice, but also about the long-term outlook. Is Damascus the root source of the problem? Is a sustainable solution possible if Assad remains in power? Is there a third alternative?

More than anything, the devil’s gambit provides another argument for early action to prevent civil wars from breaking out or escalating. Otherwise, we may find that the enemy of our enemy is a fiend. 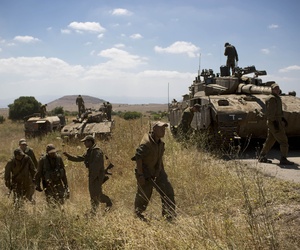 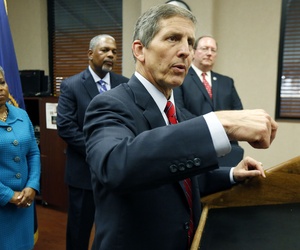 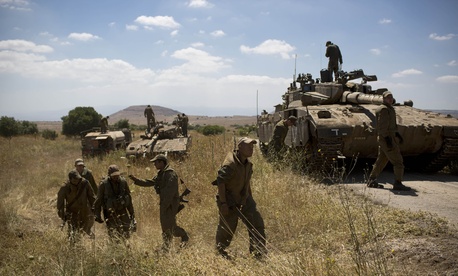 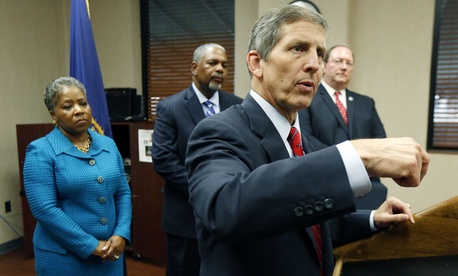