Why America Should Declare War on the Islamic State

Obama's response to the terrorists of the Islamic State has been reactive and piecemeal so far. That must change. By James Kitfield

When a centrist Democrat, a Republican hawk, a libertarian, and a tea partier all find common ground on Capitol Hill, it’s worth noting this rare outbreak of bipartisan consensus. Sens. Tim Kaine, James Inhofe, Rand Paul, and Ted Cruz all believe the White House should seek new approval from Congress for U.S. military operations in Iraq. President Obama should give the senators exactly what they are requesting.

As Obama said during a press conference earlier this week, the administration is already closely consulting Congress on the Iraq crisis, because when confronting a threat like the Islamic State of Iraq and Syria, the United States needs to show a united front. ISIS’s brutal execution of American journalist James Foley is just the latest atrocity that has clarified the growing threat posed by what is arguably the most powerful terrorist group in history.

“The United States of America will continue to do what we must do to protect our people. We will be vigilant and we will be relentless. When people harm Americans anywhere, we do what’s necessary to see that justice is done and we act against ISIL, standing alongside others,” Obama said this morning in comments about Foley’s execution. Even as he spoke, Pentagon officials confirmed that they are contemplating sending additional U.S. troops to Iraq, to help secure Baghdad. “From governments and peoples across the Middle East, there has to be a common effort to extract this cancer so that it does not spread,” Obama said.

And yet acting under existing authorities in Iraq, the administration’s response to the spread of the ISIS cancer has so far been reactive and piecemeal, constantly ceding the initiative to the ISIS extremists. When explaining U.S. airstrikes that enabled Iraqi and Kurdish forces to recapture the Mosul Dam in his press conference, for instance, Obama said he was acting to protect U.S. personnel in the Baghdad embassy hundreds of miles away. Really? Such tortured explanations of the logic behind the use of U.S. military force may comport with the commander in chief’s constitutional authority to protect American citizens. They sound an uncertain trumpet to allies in the region, however, who are desperate for U.S. leadership.

The resignation of Prime Minister Nuri al-Maliki represents a victory for the Obama administration, and it should be exploited. Throughout the crisis senior administration officials rightly insisted that increased U.S. assistance would be contingent on the formation of a national unity government in Baghdad that did not include the divisive Shiite strongman. Now that Maliki is out of the way, President Obama has to decide on the quantity and quality of that assistance.

To have any hope of holding Iraq together, and making good on President Obama’s promise this week to “pursue a long-term strategy to turn the tide against [ISIS],” U.S. military support to the Iraqi Security Forces will have to be significant. Put simply, the administration needs to articulate a strategy for Iraq, and settle on a plan for executing it that is backed at home and understood in Iraq and the region.

Some congressional leaders want a say in such an important decision, and they have a point. Washington is overdue for a serious debate about what U.S. national interests are threatened by the Iraq crisis. Far better for lawmakers to debate the stakes involved in Iraq now, and to put down a marker, rather than ducking the issue and heaping endless criticism on the administration for “mission creep,” “unilateralism,” and presidential “imperialism.” That is a prescription for continued administration tentativeness and the kind of feckless leadership for which Washington, unfortunately, is gaining a global reputation.

“This is not about an imperial presidency. It’s about a Congress that’s reluctant to cast tough votes on U.S. military action,” Kaine, the Virginia Democrat, told The New York Times this week. “We should not be putting American men and women’s lives at risk if we are not willing to do the political work to reach a consensus that it’s necessary.”

Congress has so far been able to duck the issue because the Obama administration can plausibly point to a number of authorities to justify its actions to date in Iraq. Those responses have already included sending advanced weapons and roughly one thousand uniformed personnel to Iraq; conducting a humanitarian relief effort in the Kurdish region; and launching limited air strikes against ISIS targets. Every day that the crisis deepens and U.S. military operations continue, the legal foundation beneath the White House’s reactive policy weakens.

When President Obama talks about using military force in Iraq to protect U.S. personnel there, he is clearly invoking the commander in chief’s power to defend American citizens and property enumerated in Article II of the Constitution. He is on squishier legal ground even in unilaterally using U.S. military force to rescue ethnic minorities to avert a “humanitarian catastrophe,” however, especially when such actions play out over months and are not authorized by Congress or the United Nations Security Council.

There are other authorities Obama could draw on to justify U.S. military action, but both are problematic. Congress’s 2001 Authorization for Use of Military Force against the terrorists responsible for the 9/11 attacks has long been interpreted to allow military attacks against al-Qaida and “associated forces.” It remains the justification for the administration’s targeted-killing-by-drone program. But al-Qaida has famously disenfranchised ISIS over its penchant for wantonly slaughtering fellow Muslims, and the Obama administration has said it wants to reform and eventually repeal the 2001 AUMF.

Even more problematic is Congress’ 2002 Authorization for the Use of Military Force against Iraq. While still on the books, the 2002 AUMF is anathema for a president who ran for office touting his opposition to the Iraq War, and Congress’s vote that enabled it. When the House of Representatives recently voted overwhelmingly to bar the administration from deploying military forces to Iraq for a “sustained combat role,” the White House thus sought to pair that resolution with a full repeal of the 2002 AUMF.

The congressional debate on a new authorization for military force should begin with an explanation of the U.S. national interests involved. Despite talk of a looming U.S. energy independence, if oil from an increasingly unstable Middle East were to stop flowing, it could trigger a global recession. The credibility of the United States as a reliable partner—much questioned around the world—is also at stake. Not only does the United States still have a strategic framework agreement with the government in Baghdad, but the disintegration of Iraq along sectarian lines would directly threaten U.S. allies such as Jordan, Saudi Arabia, Lebanon, Turkey, and the Persian Gulf states.

Most importantly, ISIS today represents a direct and growing threat to the United States. It has attracted an estimated 12,000 foreign fighters to its black banner flying over Syrian and Iraqi territory, including hundreds of Europeans and Americans who can travel freely with Western passports. It has a bigger sanctuary, far more money, and is more indiscriminately murderous than al-Qaida was on Sept. 10, 2001. ISIS leader Abu Bakr al-Baghdadi has assured anyone who will listen that he eventually intends to direct his jihad at the United States, telling the U.S. soldiers who released him from prison in 2009, “I’ll see you in New York.”

A congressional authorization targeting ISIS, however limited in time or geography, would go a long way toward clarifying for the American people this growing threat to their security. In a recent exclusive interview, Lt. Gen. Michael Flynn, the outgoing director of the Defense Intelligence Agency, told me that Islamic extremist groups that have adopted al-Qaida’s nihilistic ideology are stronger and more threatening today than before 9/11.

“I know that’s a scary thought, but in 2004, there were 21 total Islamic terrorist groups spread out in 18 countries. Today, there are 41 Islamic terrorist groups spread out in 24 countries,” said Flynn. “A lot of these groups have the intention to attack Western interests, to include Western embassies and in some cases Western countries. Some have both the intention and some capability to attack the United States homeland. For instance, we’re doing all we can to understand the outflow of foreign fighters from Syria and Iraq, many of them with Western passports, because another threat I’ve warned about is Islamic terrorists in Syria acquiring chemical or biological weapons. We know they are trying to get their hands on chemical weapons and use what they already have to create a chemical weapons capability.”

President Obama already made the case for a national debate on the threat posed by the civil wars in Syria and now Iraq when he sought congressional authorization for proposed limited U.S. military strikes on Syria’s regime for using chemical weapons against civilian populations last year.

“I’ve long believed that our power is rooted not just in our military might, but in our example as a government of the people, by the people, for the people,” Obama said at that time. “And that’s why I’ve made [the] decision: I will seek authorization for the use of force from the American people’s representatives in Congress.”

Congress balked at authorizing military force in Syria, and there’s a risk it could do so again with Iraq. Given the much higher stakes involved and the growing threat posed by ISIS—and the alternative of the White House continuing to act alone, tentative about overstepping its own limited objectives—that’s a risk worth taking. 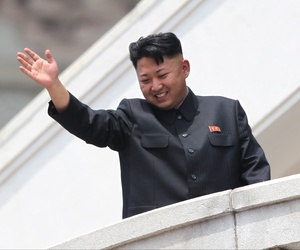 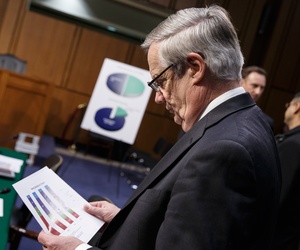 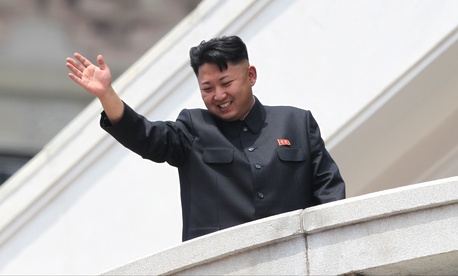 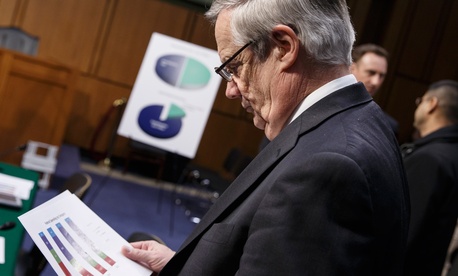