Officials from the FBI's New York counterterrorism division speak at the Makki Mosque in the Brooklyn borough of New York in the wake of the London terror attacks in July 2005.

The Department of Homeland Security says Muslim American communities need to be the 'front lines' against efforts to recruit youths to join the Islamic State. By Charles S. Clark

With the primary focus on air strikes and the potential for ground troops to fight Syria-based ISIS, the Obama administration more quietly is tapping new domestic resources to identify and head off any Americans considering joining the terror group.

Attorney General Eric Holder in his Sept. 15 weekly video message announced that that the FBI, the National Counterterrorism Center and the Homeland Security Department have launched pilot programs for community outreach by U.S. attorneys and police in several cities, having already conducted 1,700 such “engagement meetings” since 2012.

“We can be both innovative and aggressive in countering violent extremism,” Holder said, “while keeping with our core democratic values of freedom, openness and inclusion.”

Homeland Security Secretary Jeh Johnson on Sept. 16 told a House Homeland Security Committee hearing, “Within DHS, we have programs to engage in outreach to communities which themselves are able to reach young men who may turn to violence. I have directed that we step up these programs and personally I participate in them.  In June I met with a Syrian-American community group in a Chicago suburb. Later this month I will meet with a Somali community in Columbus, Ohio.”

David Gersten, Homeland Security’s coordinator for countering terrorist extremism, said Muslim American communities need to be the “front lines” against Islamist fighters’ efforts to recruit youths to join the so-called Islamic State. According to The Washington Post, it was the first time a U.S. official had appeared publicly with Muslim American leaders in Washington.

At the House hearing—which focused on uncertainty about securing of the Southwest border against radical Islamist intruders and proposals to confiscate some Americans’ passports—Johnson said, “We are continually on guard against the potential domestic-based, home-grown terrorist threat who may be lurking in our own society.  The independent actor or ‘lone wolf’—those who did not train at a terrorist camp or join the ranks of a terrorist organization overseas, but who are inspired here at home by a group’s social media, literature or extremist ideology…In many respects, this is the hardest terrorist threat to detect, and the one I worry about the most.”

Johnson added that he recently “enhanced the visibility” of the community outreach program by moving it into a separate office that reports to his deputy and himself. “The local police, more than the federal government, have their finger on the pulse of the local community from which a domestic terrorist may come,” he said.

FBI Director James Comey at the hearing also stressed the “big challenges” of American would-be terrorists “who are online in a big way,” which is why “our state and local partners are trying to take them out of action before they commit terrorism.”

Matthew Olsen, the departing director of the National Counterterrorism Center, added, “Neighbors and the communities at risk are best positioned to identify” the locals who might be influenced by propaganda to pursue terrorism.

The domestic outreach was cited by Defense Secretary Chuck Hagel at a Tuesday hearing of the Senate Armed Services Committee. He called the program, in cooperation with international partners, “a very important component of our overall strategy.”

Asked for comment, Yasemin Aksoy, a spokesman for the New York City-based nonprofit Alliance for Shared Values, a U.S. interfaith group led by a Muslim scholar that condemned ISIS violence in recent newspaper ads, told Government Executive his group welcomes “any initiative by the U.S. government to help spread messages of universal acceptance. We need to remind our youth that all terrorist groups, including ISIS, are simply hiding behind a false religious rhetoric to serve individual or political interests,” he said. “Religion empowers people to build platforms to establish peace based on universal human rights, rule of law and high human values in the world.” 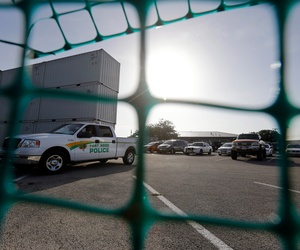 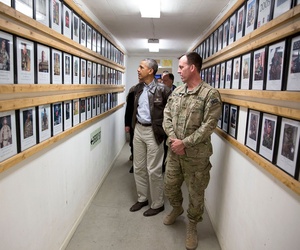 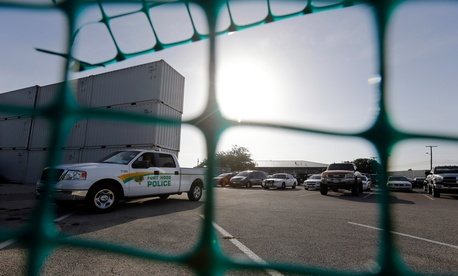 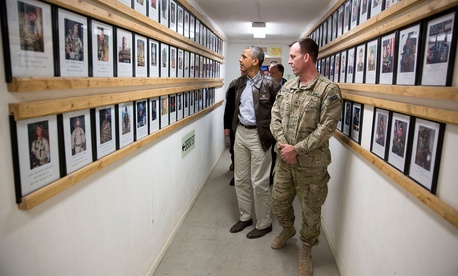