Islamic State fighters are closing in on the Iraqi capital. By Stephanie Gaskell

This story has been updated with comment from the State Department.

The so-called “Green Zone” is in the heart of the city and lies along the Tigris River. The U.S. Embassy is located there, along with several Iraqi government buildings.

Several news outlets said the Islamic State is now operating in Abu Ghraib, a city just west of Baghdad and only a few miles from the Baghdad International Airport, where U.S. troops are positioned. It’s possible the mortar attacks were launched from Abu Ghraib, based on the proximity of its location. Pro-Shiite militias are also operating in the area.

The Islamic State, aka ISIS or ISIL, continues to hammer Kobani, a key Syrian city on the Turkish border, with tanks and heavy artillery. There were reports Monday that an ISIL flag has been raised on a major building there. In June, the State Department beefed up security and relocated some diplomatic staff to consulates in Basra and Irbil. The Pentagon has a Joint Command Center in Baghdad to help advise and assist the Iraqi military.

In July, Joint Chiefs Chairman Gen. Martin Dempsey said he was confident that Iraqi security forces could hold Baghdad, saying that “they would be challenged to go on the offense—mostly logistically challenged—and that the call that the Ayatollah Sistani put out for [Shiite] volunteers is being answered and it complicates the situation, frankly, a bit.” 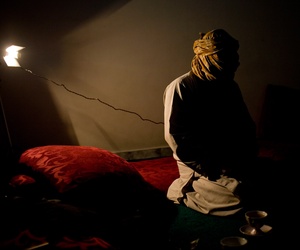 Taliban Spokesman Gives Away His Hiding Spot on Twitter

The Quiet Rise of the National Geospatial-Intelligence Agency 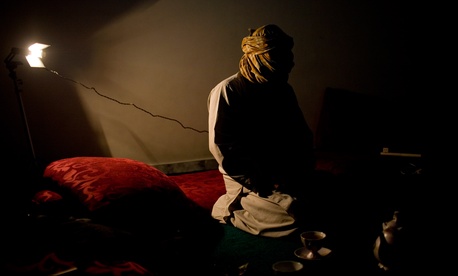 Taliban Spokesman Gives Away His Hiding Spot on Twitter 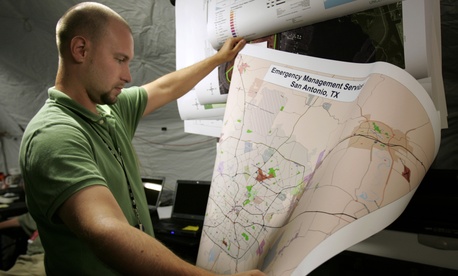 The Quiet Rise of the National Geospatial-Intelligence Agency