As world leaders pay their respects to King Abdullah, they could be observing the end of an era in the Middle East. By Brian Katulis

Saudi Arabia’s King Abdullah died last week during what some saw as the height of his kingdom’s resurgence in a volatile region. As turmoil has engulfed governments across the Middle East since the Arab uprisings, Saudi Arabia has seemed to remain a potent pillar of stability. “[F]ar from undermining the Saudi dynasty,” wrote David Kirkpatrick of The New York Times on Sunday, “chaos across the region appears instead to have lifted the monarchy to unrivaled power and influence.”

But as King Salman assumes the throne, is he really taking the reins of an ascendant regional player? Recent evidence, at least in the realm of Saudi foreign policy, suggests the opposite. The final years of Abdullah’s reign were in many ways also years in which the kingdom struggled to retain its historical levels of influence. And with his death, the last of the regionally dominant Saudi monarchs may have passed from the scene. When President Obama lands in Saudi Arabia on Tuesday, he will be visiting a declining power.

In its heyday in the 1980s and early 1990s, Saudi Arabia, through organizations like the Arab League and the Gulf Cooperation Council, was able to use its oil wealth and diplomatic weight to get other governments behind its priorities on issues like opposing Iraq’s 1990 invasion of Kuwait and containing Iran. Saudi-led negotiations resulted in the Taif Agreement, which ended nearly a decade and a half of civil war in Lebanon. But today, as Middle Eastern countries have split up into smaller political camps due to rising sectarianism and the collapse of governments, Saudi Arabia has scrambled to maintain friendships and shape events. As an anonymous Arab diplomat told the Times: “If everybody around you is going wrong, then your influence around your borders is decreased.”

(Related: The Dangers of Saudi Succession)

The kingdom, of course, remains enormously wealthy and influential in international energy markets. Even the recent drop in oil prices—which have plummeted by more than half in the last year—is in large part due to Saudi Arabia’s moves to maintain market share at a time when global oil supplies have grown and demand has dropped. But this makes it all the more conspicuous that the country has been failing for at least a decade, coinciding with Abdullah’s tenure on the throne, to achieve its most important foreign-policy goals.

In 2013, Saudi Arabia made a show of turning down a seat on the UN Security Council—motivated in part by the Obama administration’s decision not to strike Syria for its use of chemical weapons.

Chief among these has been limiting Iran’s regional influence. Since the 1979 Iranian revolution brought Shiite theocrats to power in Tehran, the leaders of Sunni-led Saudi Arabia have looked warily across the Gulf and worried about Iran’s role in the region. But it was the U.S.—one of Saudi Arabia’s top partners—that ended up boosting Iran’s influence in the Middle East by invading Iraq in 2003. In ousting Sunni strongman Saddam Hussein, the war brought to power Iraqi Shiite leaders who were more favorable to Iran. This has allowed Tehran to work with actors inside Iraq to strengthen its proxies, including Lebanon’s Hezbollah, and to extend support to Syria’s Bashar al-Assad, which has proven a major factor in his ability to remain in power. More recently, Saudi Arabia has complained about U.S. efforts to strike a deal with Iran over its nuclear program, which the Obama administration has made a top priority.

The Saudi royals have also largely failed in their goal of stopping the spread of certain Islamist organizations, ranging from the most extreme terrorist groups like ISIS to various Muslim Brotherhood affiliates now participating in the politics of some countries in the region. Saudi officials I’ve spoken with view Islamist groups that support transnational ideas, including ISIS’s vision of a caliphate, as anathema to Saudi interests, which primarily involve preserving the monarchy itself and maintaining regional stability. The history of the kingdom’s relationship with terrorism is sharply mixed—it was late to confronting the terrorist threat generated in no small part by some Saudi nationals. Some of the leading international terrorist networks, including al-Qaeda, have roots in and draw inspiration from Saudi Arabia; Osama bin Laden, for one, was Saudi, as were 15 of the 19 September 11 hijackers. The worldviews of al-Qaeda and ISIS are not that far apart from each other, and their principles are drawn from the same ideological pool as the ultra-conservative Saudi brand of Salafist Islam, commonly referred to as Wahhabism, which the kingdom has enforced at home and promoted overseas.

But Saudi Arabia got a wakeup call when al-Qaeda attacked compounds housing Western workers in Riyadh in 2003. The monarchy has since worked closely with the United States on counterterrorism in the region, including participating in the U.S.-led bombing campaign against ISIS in Iraq and Syria. Yet the Saudis have undercut their own efforts by backing extremists in Syria, which arguably facilitated the rise of ISIS in the first place. For the most part, Saudi Arabia has been able to prevent major terrorist attacks on its territory over the past decade. But in part due to its continuing legitimization of Islamic fundamentalism, it has been unable to halt the terrorist violence and instability roiling the region.

The kingdom has also tried, in some cases successfully, to influence the internal affairs of other Middle Eastern countries, sending security forces into Bahrain to support the government crackdown on protesters there in 2011, and financially underwriting Egyptian President Abdel Fattah al-Sisi. But it’s clear Saudi muscle and largesse can only go so far. The monarchy’s strategy to support a peaceful political transition in Yemen seems in tatters now, and despite the kingdom’s strong opposition to Assad, the Syrian president remains in power after nearly four years of civil war. In 2013, Saudi Arabia made a show of turning down a seat on the UN Security Council—a gesture Saudi intelligence chief Bandar bin Sultan reportedly called “a message for the U.S., not the UN.” The kingdom was motivated in part by the Obama administration’s decision not to strike the Assad regime in retaliation for its use of chemical weapons in the Syrian civil war.

Saudi Arabia has come up empty on Middle East peace as well. In 2002, the kingdom led an effort in the Arab League to present the Arab Peace Initiative, a proposal to broker a comprehensive peace between Israel and the Arab world. Saudi Arabia had presumably hoped to present itself as a regional leader in achieving progress where others had failed, but the plan never drew a response—neither Israel nor various international mediators picked up on the offer.

Under Abdullah, in other words, the kingdom’s regional dominance has receded. But the diminished clout he leaves to his successors is not entirely a consequence of the late king’s actions. The Middle East as a whole is fragmenting as more countries and non-state groups like ISIS compete for power. In addition, technological and demographic changes, such as the rise of a new generation in the Middle East’s current youth bulge (15- to 29-year-olds constituted about one-third of the region’s population as of 2008), have limited the ability of traditional institutions to enforce conformity or influence events. These dynamics are not unique to Saudi Arabia, but they are perhaps nowhere more clear than in the kingdom, which has the highest number of active Twitter users in the Arab world, and where a liberal blogger was recently sentenced to a prison term and 1,000 lashes for criticizing the authorities.

It speaks to Saudi Arabia’s unique assets and continuing prestige as the birthplace of Islam that a diverse group of top Arab and Muslim leaders, many of whom are at odds with one another, dropped what they were doing and arrived in Riyadh on Friday, hours after Abdullah’s death, to take part in funeral prayers at the Imam Turki Bin Abdullah mosque. Obama, for his part, is making his second trip to the kingdom in less than a year. But in paying their respects to Abdullah, world leaders are perhaps marking not just the passing of one of their own, but also the end of an era in the Middle East. 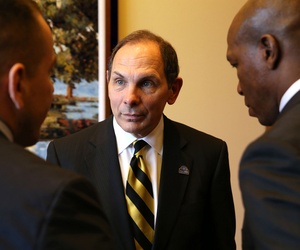 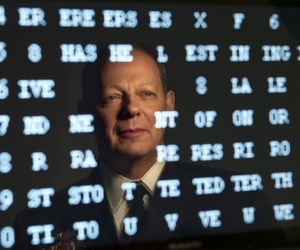 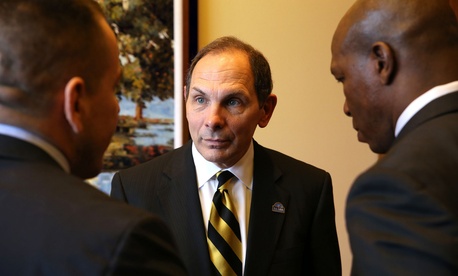 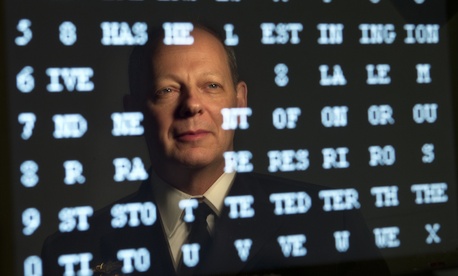