Stacks and burn-off from the Exxon Mobil refinery are seen at dusk in St. Bernard Parish, La., Friday, Feb. 13, 2015.

From Russia to your local gas station, the consequences of low fuel prices are clear. But the second and third order effects are only beginning to become apparent.

What do Russia, Exxon Mobil, and ISIS have in common? Not much, except that they’re all grappling with an inconvenient but incontrovertible truth: a sudden, significant, and prolonged shift in the price of oil changes the world.

That truth was on display in 1974, and it’s on display again now. Over the course of just a few months in 1973-1974, the price of oil surged from $3 to $12 per barrel. The new price created new global economic powers: oil-producing countries primarily in the Middle East and North Africa. It also dealt a severe blow to the economies of the United States, Europe, Japan, and other oil importers. The oil shock altered power relations between the world’s main geopolitical players and created new ones. Higher oil prices had many unexpected consequences—from breeding oil wars to fueling theinternational spread of Islamic fundamentalism thanks to funding from newly super-rich countries like Saudi Arabia. Today’s drop in crude-oil prices, which began in the summer of 2014, may be as disruptive as the quadrupling of oil prices that created the oil shock of 1974.

Some of the effects of this decline in oil prices have been clear and immediate; picture happy Americans at gas stations and frantic government officials in oil-exporting countries forced to cut public budgets and consequently risk social and political turmoil.

In Russia, for instance, the ruble has suffered a steep devaluation, stock-market prices have fallen, the Central Bank’s reserves are shrinking, capital is fleeing the country, export revenues are down, and foreign investment has practically dried up. Russia’s sovereign bonds have been downgraded to junk status by credit-rating agencies. All of this largely stems from contracting oil and gas revenues (which account for 68 percent of Russia’s total export revenues and 50 percent of its federal-budget revenues) and economic sanctions imposed by the United States and Europe as a result of the Kremlin’s behavior toward Ukraine. Some fear that a belligerent Vladimir Putin could stir trouble abroad to distract from the deteriorating economic situation at home.

In Venezuela, the economy was already in shambles when oil was at $120 per barrel, and it’s now spinning out of control as a result of rampant corruption, woeful management, and lower oil prices. President Nicolas Maduro has responded by blaming the dire situation on a U.S.-led international conspiracy and ramping up repression of critics and opposition politicians.

But these direct consequences are having consequences of their own, and these second-order effects are only beginning to become apparent. In December, Chevron canceled a $10billion shale-gas exploration project in Ukraine, which the Ukrainian government was counting on to help stimulate its troubled economy and, eventually, lower its dependence on Russian gas. It’s just one example of a broader, industry-wide trend: scrapping or postponing energy projects that have suddenly become too risky or not economically viable at a lower oil-price level. According to Goldman Sachs, $1 trillion worth of investments in energy projects could now be at risk. In the long run, this may mean less oil production and higher energy prices. But in the short run, the abrupt disappearance of this enormous investment flow is bound to hurt energy companies—and especially their equipment suppliers and the construction and engineering firms that were planning to execute these projects. It will also hurt the cities and regions, from Texas to Lagos, where these companies operate.

Not all of the second-order consequences of lower oil prices are negative. Consider this comment from a recent International Monetary Fund report on Malaysia’s economy:

After raising electricity tariffs in early 2014, [the government] took advantage of lower energy prices in the second half of 2014 to reduce and ultimately remove remaining gasoline and diesel subsidies. … [Subsidy reform should] help broaden the base of [the] federal revenue system and diversify it away from volatile oil and gas revenues. A strengthening of Malaysia’s social safety net is an integral part of the authorities’ fiscal strategy. The removal of subsidies freed up resources that can be redirected to better support poorer households through better targeted cash transfers.

Countries from Oman to Indonesia have undertaken similar campaigns to scale back or  eliminate fuel subsidies. In India, the Modi government cut costly public subsidies of diesel fuel, which were long understood to be counterproductive but were nevertheless politically unpopular to shed. Energy subsidies, which amount to more than $540 billion per year worldwide, are as common as they are damaging to economies, the poor, and the environment, since they stimulate consumption and undermine efforts to save energy and use it more efficiently. According to the World Bank, these subsidies are highly regressive: As much as 60 or even 80 percent of what governments in the Middle East and North Africa spend to subsidize energy benefits the richest 20 percent of the population, with the poor receiving less than 10 percent of these public funds.

Lower oil prices could also reduce incentives to produce the kind of extra-heavy, extra-polluting oil that is found at some of the world’s largest oil reserves, including those in Venezuela’s Orinoco river region. Due to the high production and upgrading costs associated with heavy oil, the development of these reserves is likely to be postponed. The problem is that low oil prices are eroding the economic viability of cleaner energy sources like solar and wind. Optimists hope that plummeting oil-and-gas prices will encourage producers of renewable-energy sources to improve their technologies and production methods, making these sources cheaper and more economically viable. This, in turn, could make renewable energy more commercially attractive once the price of oil rebounds.

Financial markets, too, are being reshaped by the cost of crude. Falling prices can harm the balance sheets of energy companies by driving down the volume of proven reserves that these corporations can count as marketable assets—reserves, mind you, that are one of the main drivers of the market value of these companies. As oil prices drop, the increasing production costs of some oil reservoirs will make these reserves commercially unviable. Such reservoirs will become a new kind of “stranded asset,” a term coined to describe fossil fuels that will not be used as climate-change concerns lead governments to stimulate alternative-energy sources and make the consumption of hydrocarbons more expensive. Upheaval in corporate valuations could lead to a wave of mergers and acquisitions among energy companies, transforming the structure of the industry.

Meanwhile, some of the world’s largest sovereign-wealth funds—or state-owned investment vehicles—belong to oil-and-gas producing countries. The Norwegian fund, for example, owns about 1.3 percent of all global securities. A prolonged depression in oil prices might force Norway to finance its fiscal shortfall with resources from its sovereign fund. This would entail the liquidation of sizable investments, and thus exert downward pressure on global equity markets. In fact, Norway’s $840-billion fund has already set up an expert group to evaluate whether it should stop investing in fossil-fuel companies, in anticipation of hydrocarbon assets losing significant value.

In the geopolitical realm, the relationship between Russia and Europe has already been disrupted, both by low oil prices and the conflict over Ukraine; the cancellation of Gazprom’s South Stream pipeline across the Black Sea and Southeastern Europe is just one manifestation of the evolving energy equation in the region. Russia’s relationship with China is also in flux. Matt Ferchen of Beijing’s Carnegie-Tsinghua Center for Global Policy envisions closer economic cooperation between the two large nations: “China’s calculations in terms of energy deals hinge on a more advantageous bargaining position over the price of oil. … Russia, now under fire from sanctions and a drop in commodity prices, therefore needs a partner.”

In Latin America and the Caribbean, Venezuela’s political influence is waning as a result of many factors, paramount among them that the Bolivarian government no longer has the flush oil revenues that allowed Hugo Chavez to gain enormous influence by subsidizing oil supplies to friends and denying those supplies to foes. Countries that have been dependent on its largesse will have to look for alternatives, which might require engagement with other political forces in the hemisphere. The collapsing price of oil played a role in the recent rapprochement between Cuba and the United States. Venezuela’s economic crisis heightened the risk that Havana would no longer be able to count on the enormous subsidy it has enjoyed for more than a decade from Caracas. The Cuban regime was thus eager to find another source of economic support. It found one in America.

Nowhere are the second-order consequences of cratering oil prices more varied, important, and unpredictable than in the Middle East. In a Financial Times article in February titled “ISIS struggles to balance books as finances are squeezed,” reporter Erika Solomon wrote, “The world’s richest jihadi group is not as flush as it once was. It has cut spending on fuel and bread subsidies, while increasingly shaking down locals for cash. Fighters themselves may be feeling the squeeze, too.” Analyst Torbjorn Soltvedt estimated that the militant group’s revenue from selling oil had dropped to $300,000 per day, down from between $1 million and $2 million a day in 2014. “I don’t think [the oil-revenue decline] will lead to [the Islamic State’s] collapse. … But it might accelerate their implosion,” Soltvedt told Solomon. Iran, meanwhile, has entered into negotiations with world powers over its nuclear program for a variety of reasons. But the fact that Iran is one of the world’s hardest-hit oil producers is surely one of them.

All of these outcomes—both the direct and immediate, and the indirect and distant—hinge on two questions: How low will oil prices drop? And how long will this period of low prices last? Venturing answers is risky business; virtually no expert, corporation, or government anticipated the revolutionary drop in prices that began in the summer of 2014. But there are signs that the new normal could remain normal for some time. As Rex Tillerson, the CEO of Exxon Mobil, put it, “The world should ‘settle in’ for a period of relatively weak oil prices. U.S. shale production is more resilient than many people had expected and demand growth in China and elsewhere has slowed. Those conditions could persist.” 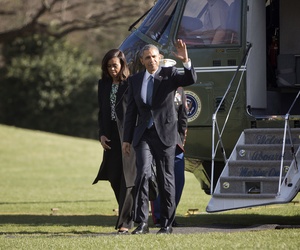 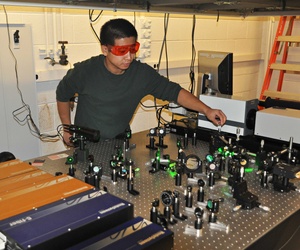 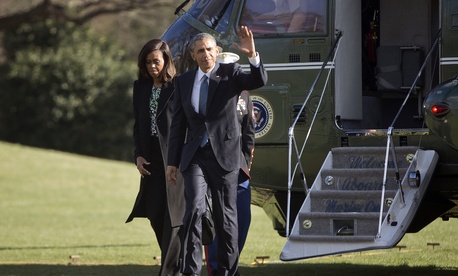 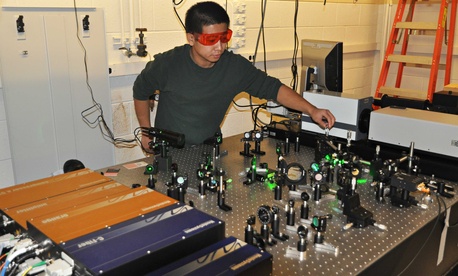