John Bolton's newest proposal for yet another war in the Middle East was assessed as a bad idea by former Defense Secretary Robert Gates three years ago.

According to a 2013 study by the Costs of War Project at the Watson Institute for International Studies at Brown University, America’s wars in Afghanistan and Iraq have cost the United States more than $4 trillion. Over the coming decades, that number will likely rise by trillions more. If you include America’s military operations in Pakistan, these wars have taken the lives of roughly 300,000 people. And almost 15 years later, both Iraq and Afghanistan are virtually failed states.

But what The New York Times should not do is let people who have supported disastrous wars in the past propose new wars casually. If you want to advocate for a new war in the most prestigious newspaper in the United States, you should have to grapple, at least briefly, with the potential dangers. Given the costs, both financial and human, of America’s post-9/11 conflicts, that’s not too much to ask.

Which brings me to John Bolton’s Thursday New York Times op-ed, “To Stop Iran’s Bomb, Bomb Iran.” Bolton was both a booster, and a minor architect, of the war in Iraq. As George W. Bush’s undersecretary of state in late 2002, he told the BBC that, “We are confident that Saddam Hussein has hidden weapons of mass destruction and production facilities in Iraq.” He added that, “the Iraqi people would be unique in history if they didn’t welcome the overthrow of this dictatorial regime,” and that although building a democracy would prove a “difficult task,” the people of Iraq “are fully competent to do it.” So competent, in fact, that “the American role [in post-war Iraq] actually will be fairly minimal.”

That’s what Bolton said publicly. Privately, according to a 2005 report by the Democratic staff of the House Judiciary Committee, he distributed classified information about Joe Wilson in an attempt to smear the former ambassador, who was then questioning President Bush’s claim that Iraq had tried to buy yellowcake uranium from Niger. Bolton also played a key role in forcing out Jose Bustani, director of the Organization for the Prohibition of Chemical Weapons, because he feared Bustani’s inspectors in Iraq would undermine the case for war. It was behavior like this that led Washington Post columnist David Ignatius to observe that Bolton “epitomizes the politicization of intelligence that helped produce the fiasco over Iraqi weapons of mass destruction.”

Should this disqualify Bolton from penning a New York Times op-ed urging America to bomb Iran? No. But it should have disqualified him from penning the op-ed he published on Thursday.

In the section of his op-ed in which he calls for war, Bolton writes:

The inconvenient truth is that only military action like Israel’s 1981 attack on Saddam Hussein’s Osirak reactor in Iraq or its 2007 destruction of a Syrian reactor, designed and built by North Korea, can accomplish what is required. Time is terribly short, but a strike can still succeed.

Rendering inoperable the Natanz and Fordow uranium-enrichment installations and the Arak heavy-water production facility and reactor would be priorities. So, too, would be the little-noticed but critical uranium-conversion facility at Isfahan. An attack need not destroy all of Iran’s nuclear infrastructure, but by breaking key links in the nuclear-fuel cycle, it could set back its program by three to five years. The United States could do a thorough job of destruction, but Israel alone can do what’s necessary. Such action should be combined with vigorous American support for Iran’s opposition, aimed at regime change in Tehran.

That’s it. Robert Gates, who led the CIA under George H.W. Bush before becoming George W. Bush and Barack Obama’s defense secretary, has said bombing Iran could prove a “catastrophe,” and that Iran’s “capacity to wage a series of terror attacks across the Middle East aimed at us and our friends, and dramatically worsen the situation in Iraq, Afghanistan, Lebanon and elsewhere is hard to overestimate.” Meir Dagan, who led Israel’s external spy service, the Mossad, from 2002 to 2011, has warned that an attack on Iran “would mean regional war, and in that case you would have given Iran the best possible reason to continue the nuclear program.” In the aftermath of a military strike, he added, “The regional challenge that Israel would face would be impossible.”

Bolton doesn’t answer these warnings. He doesn’t even acknowledge they exist. Reading his op-ed, you’d never know that war with Iran poses any risks at all.

Given Bolton’s record on Iraq, this recklessness is not surprising. More surprising is that the Times let him get away with it. I understand that the Times, as a left-leaning op-ed page, needs ideological diversity. But when it comes to war and peace, diversity isn’t the highest value. Honesty is. 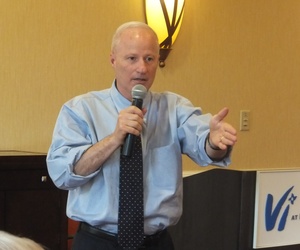 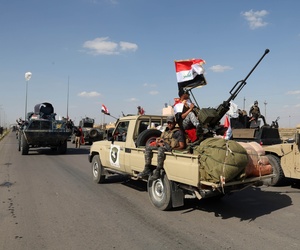 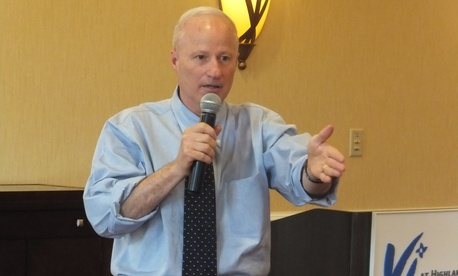 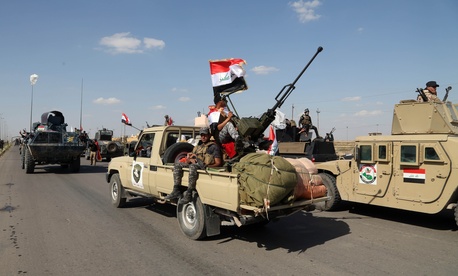