The Obama administration expects to keep 9,800 troops in the country through the end of 2015.

The Obama administration changed course on its Afghanistan withdrawal plan on Tuesday, saying that it would keep the 9,800 U.S. troops—half of which it planned to remove in coming months—stationed there through 2015.

President Obama had pledged to reduce the number of remaining troops this year, and remove nearly all by the time he leaves office. During a closed-door meeting in the Oval Office on Tuesday, Afghan President Ashraf Ghani asked the president to delay the scheduled withdrawal of troops, who have been supporting the Afghan government in its fight against Taliban insurgents since the installation of a coalition government last fall.

Obama said during a joint press briefing later that afternoon that he has decided not to pull troops by 2016, and that the schedule to do so will be established later this year.

“This flexibility reflects our reinvigorated partnership with Afghanistan, which is aimed at making Afghanistan secure and preventing it from being used to launch terrorist attacks,” Obama said. “Reconciliation and a political settlement remain the surest way to achieve the full drawdown of U.S. and foreign troops from Afghanistan in a way that safeguards international interests and peace in Afghanistan, as well as U.S. national security interests.”

Obama said that his goal to reduce the U.S. presence in Afghanistan to a Kabul-based embassy by the end of 2016 has not changed. Neither has “our transition out of a combat role.”

“I am the first to say that as long as our men and women in uniform are serving in Afghanistan, there are risks involved. It’s a dangerous place,” he said. But “casualties have come down precipitously as we’ve engaged in the drawdown…that has occurred precisely because we’re not in a combat role.”

He also called on Congress to “take a look at their budgets” to help end the mission. “If we’re holding both our defense and nondefense budgets to 2006 levels, it’s a lot harder for us to do the job we need to do,” he said.

Ghani thanked both U.S. leaders and “American taxpayers” for their continued support of his country.

“Much binds us together, and the flexibility that has been provided for 2015 will be used to accelerate reforms, to ensure that the Afghan security forces are much better led, equipped, trained, and are focused on their fundamental mission,” he said.

Obama also pledged that the U.S. would support Afghanistan long after American troops leave the country.

“We intend to be working with the Afghan government and the Afghan people for a long time,” he said, noting that American military aid isn’t the sole way the U.S. works with Afghanistan. “The more successful we are in building Afghan capacity and strengthening the Afghan economy, the more the strategic partnership we have will be like the partnership we have with many countries around the world.”

Ghani’s visit signals an opportunity for the U.S. and Afghanistan to revive floundering ties. The Obama administration had a turbulent relationship with Hamid Karzai, Ghani’s predecessor, and he is partially using this trip—his first official visit to the U.S. as president—to repair “Afghanistan’s reputation as a country whose leaders have taken American help for granted over the past decade,” according to the New York Times.

“With a new government in Afghanistan and with the end of our combat mission, this visit is an opportunity to begin a new chapter between our two nations,” Obama said Tuesday.

In an interview with NPR broadcast Monday, Ghani, who once lived in the U.S. as an official at the World Bank, made the case for why he and his countrymen wanted American troops to stay in Afghanistan.

“They see the United States as critical to their future,” he told NPR. “You cannot imagine what life was like in December of 2001.”

Kabul, he said, was “ground zero,” and looked like “ruins from the medieval times.”

“So it’s a different country, and the United States has been critical to this,” he continued. “Over a million American soldiers have served with Afghans over these years. They’ve gotten to know our remotest valleys, our deserts, our mountains. And the majority of them that I’ve encountered will tell you something that moves me to tears. They say they’ve left their hearts in Afghanistan.”

Ghani also met with Defense Secretary Ash Carter and Secretary of State John Kerry this week. He is scheduled to address a joint session of Congress Wednesday, and travel to New York to meet with United Nations Secretary General Ban Ki-moon on Thursday. 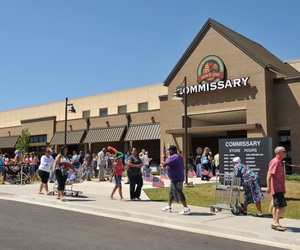 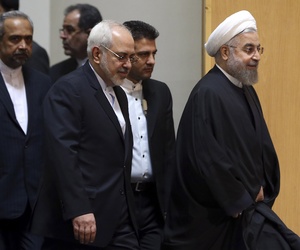 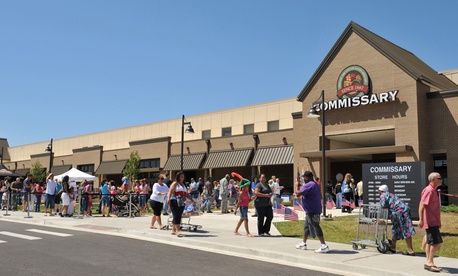 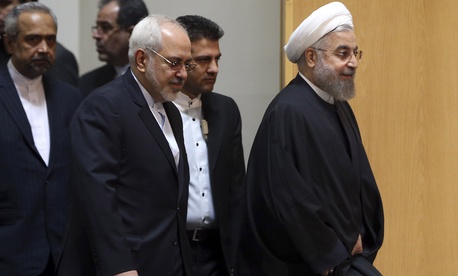