Ukrainian army soldiers perform a military exercise at a training ground outside Zhitomir, Ukraine, Friday, March 6, 2015.In this Thursday March 12, 2015 file photo, a pro-Russian rebel rests at the frontline in a village not far from Luhasnk.

Moscow has throttled back long-range aviation missions near European nations, after a year where NATO fighter intercepts of Russian aircraft spiked.

NATO scrambled jets more than 150 times in 2014, four times as much as it did the prior year, in response to Russian aircraft nearing the airspace of Baltic nations, according to alliance data.

Gen. Philip Breedlove, NATO’s Supreme Allied Commander and head of U.S. European Command, said he did not know why Moscow has scaled back these types of patrols, but noted that its military has been heavily occupied.

“There are all other kinds of focus that the Russian military has right now, including the Ukraine and other places,” Breedlove said at a Thursday news briefing at the Pentagon. “They may have put demands on their force structure that they now have to address in maintenance ways. I really would not want to speculate.”

The American general said the Russian flights are now “pretty close to norm,” with some months higher and some months lower than historical averages.

European nations police their own airspace. Since 2004, NATO members have been taking turns patrolling the skies over the Baltic states: Estonia, Latvia and Lithuania, countries that have rudimentary air forces. The alliance deployed more aircraft to the Baltic air-policing mission after Russia invaded Ukraine last year.

Countries fly these missions on four-month rotations. Norway will take the lead for these missions from Italy on Friday. Fighter jets from Belgium, Italy and the United Kingdom will also fly air-policing missions in the Baltics until August when other allied jets will rotate in.

These aircraft are temporarily based there to deter and intercept Russian planes encroaching airspace over the Baltics.

The deployments are done very publicly, even more so since NATO has stepped up its outreach to Eastern Europe as Russian forces occupy parts of eastern Ukraine. They’re used as a political tool to let Russia know NATO is watching.

But one way inject some unpredictability to these patrols is dispatching fighters from bases further away, Gen. Denis Mercier, chief of staff of the French Air Force, said this week. These aircraft could briefly land at bases closer to NATO’s eastern border with Russia, have weapons loaded, and then continue flying east.

“This is absolutely unpredictable,” Mercier said Wednesday during a meeting hosted by the Air Force Association’s Mitchell Institute in Arlington, Va. “In addition to these big deployments, we could do that.”

French and British military leaders presented this type of deployment structure at a meeting of NATO’s top generals earlier this year.

Commencing the air-policing missions from further west could augment the ones originating in the Baltics without have to deploy a large number of people and equipment, Mercier said.

“It could be a very good way, I think, to see the power of air power,” he said. 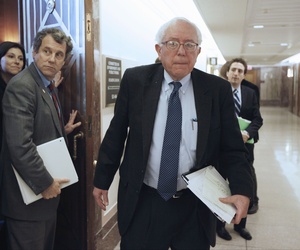 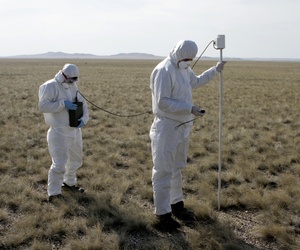 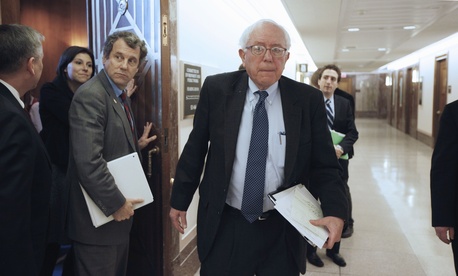 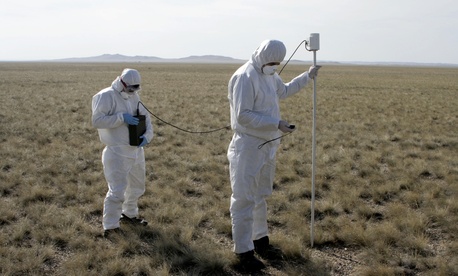