A Stryker Armored Vehicle from 3-2 Cavalry Regiment reaches the old city of Krakow on Mar. 26 during Operation Dragoon Ride.

A recent 1,200-mile U.S. Army convoy across European roads was a stirring sight, but it won’t be enough to deter Russian aggression.

Russia’s aggressive behavior in Crimea, eastern Ukraine, and elsewhere in Europe is a reminder that European security remains a vital U.S. national interest, but we are sending mixed messages.

In early April, the U.S. Army completed a dramatic 1,200-mile road march across six European countries in a symbol of U.S. capability, resolve and commitment. By the end of April, the Army announced it would once again reduce the number of soldiers in Europe, this time by 1,900 troops, because our military is getting smaller.

Many Americans wished away the Russian threat to NATO and greater Europe when the Berlin Wall fell in 1989. Nowhere was this more evident than in the posture of U.S. military forces on the continent. As the Soviet Union collapsed, U.S. forces, rightly, were reduced throughout the 1990s. In the early 2000s, the need to surge forces to Iraq and Afghanistan led to an even steeper decline. The strategic assumption was that Europe could or should mostly fend for itself while a token presence of American soldiers would be sufficient to maintain alliance commitments.

U.S. troops levels in Europe have reached record-low levels, slightly more than 27,000 soldiers, before the newest cut was announced. Some of our NATO partner nations recognize the risks. France, Germany, the Netherlands, Poland and Sweden are increasing their military spending, a reversal of a post-Cold War trend that still means most European countries have flat defense budgets.

President Vladimir Putin has been flexing Russian muscle through hybrid warfare—a diabolical combination of conventional military operations, criminal acts, terrorism, and political intimidation—to reassert claims to some sphere of influence he feels was taken away by the collapse of the Soviet Union. His actions pose a clear and present danger to NATO, and fuel wider division within the alliance as to how to respond.

I discussed this current state of play in Europe during a recent visit with the few remaining U.S. military commanders based there, and met with a number of NATO partner chiefs of army forces who were very clear that American leadership, on the ground, remains vital to maintaining a cohesive alliance and convincing their own governments to do more.

These allied leaders expressed their appreciation for the recent deployment of U.S. soldiers to the Baltic nations, as well as for demonstrations like the recent series of exercises that sent a U.S. Army Patriot missile battery to Poland and took the 2nd Stryker Cavalry Regiment on a highly visible 1,200-mile convoy across Europe, the modern U.S. Army’s version of President Theodore Roosevelt’s Great White Fleet. Like the 1907 sailing of a fleet of battleships, the convoy was a symbol of the U.S. ability to show the flag in any port or, in this case, on any European highway, where U.S. interests or friends are at risk.

While less flashy than Roosevelt’s armada of white-painted battleships, the appearance out of the occasional mist of a miles-long column of 150 U.S. Army Stryker Fighting Vehicles and support vehicles is an impressive sight, especially when accompanied by overhead observation by helicopters of the 12th Combat Aviation Brigade. These actions, along with the continuing series of Atlantic Resolve exercise, are indeed important demonstrations of U.S. commitment.

Ironically, the aviation brigade that supported the convoy will lose about two-thirds of its soldiers in 2016 in a restructuring that eliminates about 80 helicopters permanently stationed in Europe but promising to have nine-month unit rotations fill part of the gap.

There are other demonstrations of U.S. support, such as the National Guard State Partnership Program, the longest running and largest of the U.S. European Command’s military-to-military programs that now involves 22 states partnered with a European country in long-term security relationships.

My NATO friends were very clear in their assessment that the modest nature of these events and the American forces participating in them is readily apparent to both our European partners as well as to the Russians. In short, we’re not fooling anyone – we just don’t have enough there.

With only two combat brigades permanently stationed in Europe and a few other forces periodically rotating in from the Unites States for exercises, the U.S. presence is negligible in the grand scheme. American commanders are stretching that force as far as they can, but it is a thin line of defense to be sure. At some point—possibly very soon—the symbolism of U.S. support loses credibility.

I am troubled by continued efforts to reduce the size of America’s land forces and especially the U.S. Army. Sequestration has set us on a dangerous downhill trajectory that will send the U.S. Army to strength levels not seen since the opening days of World War II. This must be stopped, and stopped now, with some balance achieved in active, Guard and Reserve forces to providing us a combined fighting strength of 1 million or more soldiers, at least half in the active forces and half in the Guard and Reserve.

Clearly, the redirection of our diplomatic, economic and military power to the Pacific region is extremely important to U.S. interests in the future. However, recent events in Europe should show us that next to the defense of the homeland, Europe’s security is inextricably tied to our own and remains among our highest strategic priorities. It has always been this way and it will always be this way.

I am not convinced that the United States has or will have the wherewithal to demonstrably reassure allies and deter further aggression in this vital part of the world. For some reason, we seem to presume demonstrations of latent power will be sufficient. I remain skeptical. 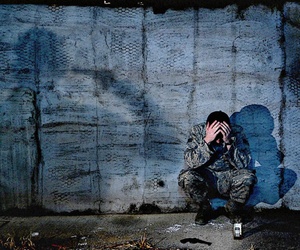 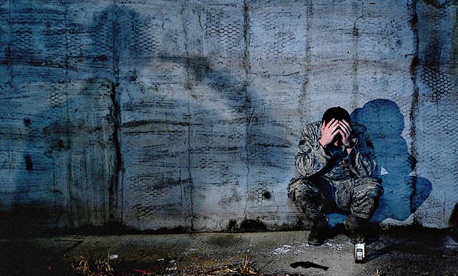