A U.S. Navy F/A-18F Super Hornet aircraft prepares to land on the flight deck of the aircraft carrier USS George H.W. Bush (CVN 77), not shown, in the Persian Gulf Oct. 3, 2014, in operations against the Islamic State in Iraq and Syria.

The U.S. Defense Department cautions against using 'body counts' as a metric of success in its campaign against the Islamic State. But it continues to advertise them anyway.

This week, a Pentagon official anonymously told USA Today that the U.S.-led air campaign against ISIS had killed 20,000 of the group’s fighters in just over a year. That figure was up from July, when “military and intelligence estimates” suggested that 15,000 members of the Islamic State had been killed.

Is this some grim sort of progress? And if not, what do those numbers mean? The Pentagon has repeatedly emphasized that body counts are not the key measure of the success of the military campaign. (Treating body counts that way fell out of favor after the Vietnam War, when, as The New York Times reported in 2003, “officers inflated casualty figures to get promotions and make their units look good.”) Asked in January how many ISIS fighters had been killed in the campaign, Pentagon Press Secretary John Kirby declined to give a figure, saying only that it was “hundreds, several hundred.” But: “We’re not getting into an issue of body counts. … It’s simply not a relevant figure.” Weeks later, then-Secretary of Defense Chuck Hagel, a Vietnam veteran, would only confirm “thousands” but said of that number: “It is a measurement [of progress]. I don’t think it is the measurement. I mean, I—I was in a war where there was a lot of body counts every day. And we lost that war.”

And yet body counts keep being publicized. Every few months since January, new, and sometimes conflicting, estimates from official sources have surfaced. In February, General Lloyd Austin, the commander of U.S. Central Command, told the House Armed Services Committee that after six months of military action the United States and its allies had killed 8,500 ISIS fighters. In June it was 9,000, 10,000, or 13,000, depending on the source. In July, 15,000. Bringing us to this week’s 20,000.

Somehow, though, ISIS’s “overall force” is the same size as it was when the U.S. air campaign expanded into Syria over a year ago, per the same official who gave USA Today the updated casualty figures this week. ISIS is famously adept at recruiting foreign fighters, but Long War Journal’s Thomas Joscelyn was skeptical that recruitment could account for those numbers.

2. So, if you believe that, then ISIS has replaced anywhere between 67% and 100% of its ranks since US-led bombing campaign began last year.

3. Far more likely, as we’ve argued from beginning: the total # of ISIS fighters was drastically underestimated in the initial assessments.

One reason to tally the number of enemy fighters killed is to know what the U.S. military and its allies are up against. Early on in the Iraq War, the U.S. military maintained that it wasn’t keeping track at all—“American officers have learned,”The Times reported at the time, “that no figures are vastly better than bad figures.” But the practice started creeping back in Iraq 10 years ago, in what The Washington Post called “an ad hoc process … with authority to issue death tolls pushed out to the field and down to the level of division staffs,” usually after major operations.

And it’s easy to see why, today, the number of dead enemy combatants might seem appealing as a tangible, relatively precise metric in a war where the battle over territory looks stalemated and “defeating the ideology” that motivates ISIS appears a long way off. What else is there to point to as the product of billions spent on bombing raids in Iraq and Syria?

Still, the body-count estimates themselves are fuzzy­­—not least because in this aerial campaign, there are very few people on the ground to count casualties. As Nancy Youssef of The Daily Beast has pointed out:

At the peak of the Iraq and Afghanistan wars, U.S. ground troops were essential in not only determining targets, but then assessing the damage. In this war, the targeting is often happening on computer monitors thousands of miles away, capturing images from drones. The assessment of the strikes comes in real-time video from the aircraft. And Air Force assessors are the first to say such imaging never tells the whole story.

Kirby put this more colorfully in January: “We don’t have the ability to—to count every nose that we shwack.”

The larger issue is the inherent difficulty of measuring the success of America’s Operation Inherent Resolve against ISIS. What are the appropriate increments of progress toward the goal President Barack Obama laid out to “degrade and ultimately destroy ISIS”? Youssef again:

… [Chairman of the Joint Chiefs of Staff Martin] Dempsey and others have repeatedly said ISIS cannot be defeated militarily. So however detailed the statistics of the battlefield are, they cannot achieve the goal. If thousands of tanks are destroyed, for example, and ISIS can still successfully draw fighters from around the world, the numbers don’t matter. 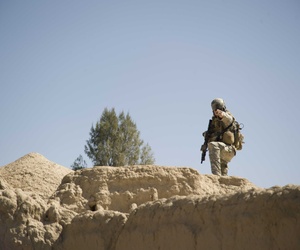 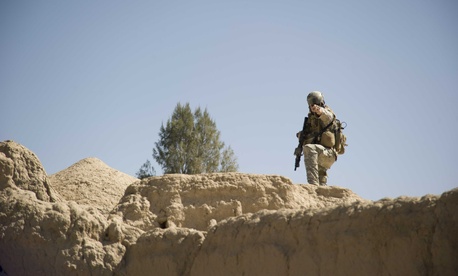