‘Undersea Superiority is No Birthright’: Inside One of America’s Newest Subs

As Russia, China beef up their submarine fleets, the defense secretary says the US needs to hustle to stay ahead.

SUB BASE NEW LONDON, Connecticut — In the wake of the Cold War, as the Soviets’ once-mighty submarine fleet rusted away, the U.S. Navy let its ability to hunt enemy subs slide. The sea service is remedying that now, adding new maritime patrol aircraft and ship-towed sonars (and experimental robot ships) to hunt a new generation of better, quieter foreign subs.

But there’s one part of the Navy that says it doesn’t need to get back up to speed on anti-submarine warfare: the sub force itself.

“We have always been in that job,” said Cmdr. Dan Reiss, who commands USS New Mexico, a Virginia-class attack sub. “I’ve been in for 17 years, and the focus has always been on anti-submarine warfare.”

He vigorously rejected suggestions that other missions had diverted the sub force from ASW, though he acknowledged that the Navy as a whole faces challenges.

“Anti-submarine warfare isn’t just about subs” because other naval forces are also brought to bear, including maritime patrol aircraft and surface warships, Reiss said. “Some of those areas have become challenged, but as for submarines, we’ve always been focused on it.”

Related: Navy Plans To Deploy A Submarine Drone Squadron By 2020

Still, improvements in the submarine fleets of Russia, China, and other navies mean the U.S. needs to hustle to stay ahead, Defense Secretary Ash Carter said a bit later, addressing sailors gathered on a pier next to the moored New Mexico. Defense Secretary Ash Carter speaks to sailors at Sub Base New London on May 24, 2016. (Bradley Peniston/Defense One)

“I’m very confident in our undersea superiority,” Carter said. “I’m also confident we’ll retain it, but it’s not a birthright. We have to work at it. We have to spend money on it, which we’re doing and will do. We have to be innovative in technology, and we have to have really good people.”

Innovations like the design of Reiss’ Virginia-class submarine make ASW … certainly not easy, but easier. First deployed in 2013, the New Mexico is part of the second block of Virginias; only the two Block III subs are more advanced. And the class was built to accommodate upgrades smoothly; Reiss said he’d taken aboard a new version of the ship’s control software overnight. On a chilly May afternoon, the skipper led a group of visitors down the hatch, and then down another ladder, past a few of the narrow spaces devoted to the crew’s 18-inch-high bunks. The usual shipboard smells of lubricants and bread were spiced with the ammonia used to keep the sub clean.

The control room of a Virginia-class boat — the ship’s fighting heart — is unusually capacious for an attack sub. That’s thanks to mast-mounted cameras that have replaced optical periscopes, eliminating the need for long tubes that descend through a break in the hull. This allowed designers to put the control room lower in the long cylinder of the hull, and hence make it bigger.

The extra room allows all components of a sub’s tactical team — sonar, fire control, ship’s control — to work in one space. In New Mexico’s control room, a row of sonar techs peer at displays that translate sound into light. (Bradley Peniston/Defense One)

Compared to earlier subs, the tactical team is smaller, thanks to automated control systems that do much of the work of adjusting the ship’s buoyancy, and it is also yet more integrated and involved, thanks to 21st-century networking technology that allows sensor, weapons, and navigation data to be combined and displayed almost anywhere in the room. If a firecontrolman wants to better understand the sonar picture, he can call it up on one of his two big flatscreens — a flexibility unheard of in most earlier sub classes.

“The seams between the fire control and sonar [specialties] are fading away,” Reiss said. A petty officer describes the nav plot, a tabletop screen that brings together data from sensors, navigation, and weapons. (Bradley Peniston/Defense One)

Even the ergonomics of the Virginia-class workstations are better: a left-handed sonar tech can, if desired, swap the positions of his keyboard and trackball.

The action generally comes together at the nav plot, a table in the center of the room whose surface is a giant screen. Here the skipper can see what’s going on — and crucially, invite the input of any member of his team.

“Instead of just two guys having the picture in their head, I can get anyone involved I need to,” Reiss said.

So do submariners even bother to keep it in their head anymore?

“Oh, we bother. We bother,” Reiss said, smiling. “But it frees up capacity” to do other things as well. A sonarman’s dress uniform hangs in a berthing space. Each enlisted sailor gets an 18-inch-high bunk. (Bradley Peniston/Defense One) 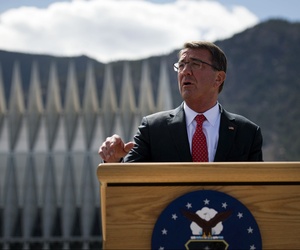 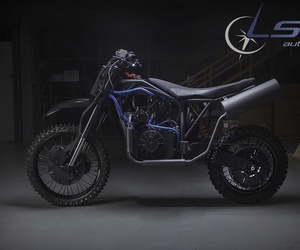 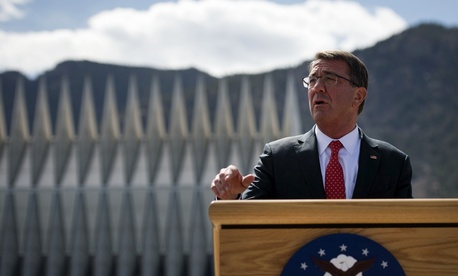 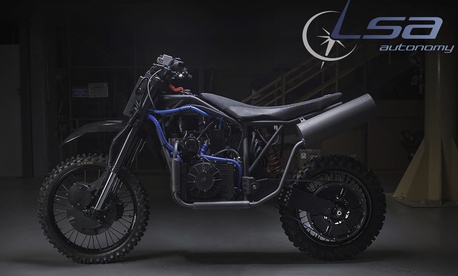