President Donald Trump holds up another of his executive actions signed in his first two weeks, this one directing his administration to "develop a comprehensive plan to defeat ISIS."

The trope posits an overly simplistic understanding of jihadist radicalization, and demeans Muslims in general.

The conventional liberal wisdom on the Trump administration’s executive order suspending immigration to the U.S. from seven Muslim-majority countries—also known as “the Muslim ban”—is that the ban is as counterproductive as it is illiberal. The argument, roughly, is that with the order signed on Friday, the Trump administration has “played into the hands” of ISIS and other jihadist groups, giving a boon to their propaganda motif that America is at war with Islam.

This argument is also widely shared among counterterrorism experts and commentators, who worry that the travel ban will imperil “the gray zone” that defines and facilitates the liberal democratic order. The “gray zone,” as conceived by ISIS propagandists, is the liminal—and, as ISIS sees it, fundamentally corrupt—public space in which moderate Muslims and non-Muslims peaceably co-exist.

Trump’s travel ban, his critics claim, puts that zone in grave jeopardy by creating a polarization that risks pushing more Muslims into the arms of the jihadists. The ban, Jessica Stern argued in the Boston Globe, is “likely to make us less safe.” Paul Pillar, a former official at the CIA’s Counterterrorism Center, echoed this: “[The order] is not targeted at where the threat is, and the anti-Islam message that it sends is more likely to make America less safe.” According to Nada Bakos, a former CIA analyst: “All it [the ban] does is help [Islamic State] recruiting.”

On the crucial matter of moral principle, the conventional liberal wisdom is right: The ban is parochial and un-American and will deal a massive injustice to hundreds of genuine asylum-seekers fleeing war and genocide. But the argument that it will aid ISIS recruitment just doesn’t stand up to scrutiny.

Related: Some DHS Employees Are Suspicious of ‘Extreme Vetting’

Also Read: ‘We Are Better than this Ban’: US Diplomats Plan Official Dissent

First, it contains a contemptible implication about Muslims: namely, that they’re not thinking, reasoning individuals capable of agency, but mere vessels of feeling in a larger geopolitical game between America and the jihadists. From within this dehumanizing perspective, your average Muslim doesn’t do anything, and he or she certainly doesn’t make things happen. Rather, things are done or happen to them; they are “pushed” or “driven” to extremes by forces beyond their control. They are “inflamed,” “provoked,” “humiliated.” They are, in other words, a negative emotion waiting to happen. The former Islamist and writer Maajid Nawaz calls this “the racism of lowered expectations.” No doubt many Muslims oppose the ban, but the idea that some of the more “vulnerable” among them—to use the Countering Violent Extremism (CVE) buzzword—will want to wreak murderous vengeance for it against their fellow Americans is dangerous.

Second, and connectedly, it posits an overly simplistic understanding of jihadist radicalization, linking this exclusively to grievances over domestic and foreign policy. But everything we know about radicalization and terrorism suggests that it is far more complex than this and cannot be reduced to secular political grievances. Of course these grievances cannot be discounted and are, as Peter Bergen has convincingly concluded in his research on American jihadists, complexly and confusingly mixed with a range of other motives, including religious and personal ones. But it is profoundly misleading to prioritize these above all others in an effort, however understandable, to amplify the idiocy of Trump’s travel ban.

Third, it displays a thundering insensitivity to the ironical and contradictory aspect of the whole ban trainwreck. Trump’s ban, argue his critics, has indirectly gifted ISIS propagandists. The main piece of evidence cited for this claim is that a small number of anonymous ISIS fanboys have cited the ban as evidence for the “true” face of an anti-Islamic America. Writing in The Atlantic, the analyst Charlie Winter suggests the possibility that ISIS—at some point—may incorporate the ban as a rallying-theme into its “narrative of victimhood,” even though ISIS has hitherto preferred the register of victory over victimhood, and in spite of the fact that the actual victims of the ban are regarded by ISIS as apostates fit for slaughter.

Far from “gifting” ISIS, what the ban has in fact given it is a poisoned chalice. In America, it has generated a raft of critical commentary from leading politicians, and it has provoked a wave of vociferous protests in major cities that has brought Muslims and non-Muslims together in solidarity. What the ban has done, paradoxically, is solidify the gray zone against which ISIS is fighting. It has revealed not a satanic American face but a pacific and liberal one. As the Lebanese satirist Karl Sharro joked on Twitter, “Trump didn’t think this through. Now there are Friday protests in the US.” This was captioned above a news report with the headline “Detroit Protesters Laid Down Their Protest Signs So Muslims Could Pray.” However ISIS’s leadership decides to spin these displays of solidarity, it is hard to imagine that such symbolically powerful advertisements for the “gray zone” will be greeted with hand-rubbing glee.

Aspiring jihadists, of course, are as eager to slaughter anti-Trump protesters as they are Trump supporters. But it would be a staggering assumption to suppose that Muslims generally are unable to discriminate between good and bad Americans, and that the more cognitively or emotionally impressionable members of the Muslim community will absorb ISIS’s—as yet unvoiced—ban-themed propaganda pitch.

The fourth and most serious blind-spot in the conventional liberal wisdom on the travel ban is the suggestion that it will make Americans less safe. Rather, it risks making American Muslims less safe, because it will further embolden the far right in America, legitimizing their fear and loathing of the group. The recent massacre of Muslims in a mosque in Quebec could have been long in the planning, but the exact timing of it, just days after Trump’s travel ban was chaotically implemented, may not have been coincidental.

In a wonderfully rich and entertaining public discussion of monsters in writing, sponsored by The New Yorker, the British novelist Martin Amis alluded to the Freudian concept of “priority magic.” “The big monsters,” he said, “have this huge stage to be monsters in, but they create little monsters. … Once the big figure, like Osama bin Laden, has done something atrocious, then all the followers feel the priority magic, feel that the ground has been cleared for moral nullity.”

This may well be the real legacy of the travel ban and of Trump: that his hateful and polarizing rhetoric has cleared the path for a violent blowback aimed not at non-Muslim Americans, but at ordinary, decent Muslims who even liberal Americans can’t help but implicitly demonize as terrorists-in-the-making. 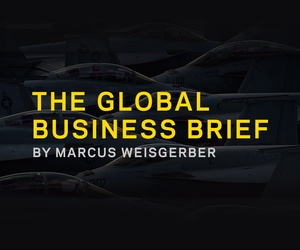 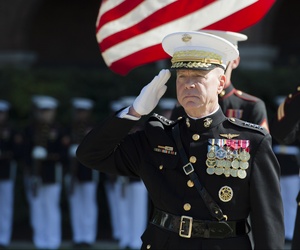 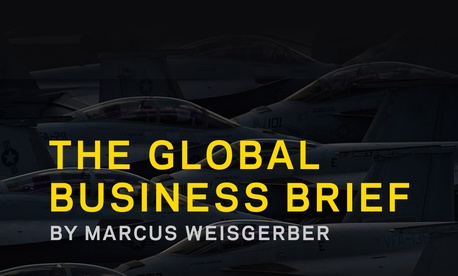 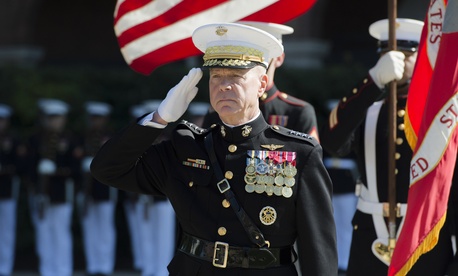