In this Dec. 3, 2014 file photo, a U.S. Customs and Border Protection (CBP) officer checks under the hood of a car as it waits to enter the U.S. from Tijuana, Mexico through the San Ysidro port of entry in San Diego.

At the current rate, customs agents are on track to increase inspections of travelers’ electronic devices by a third this year.

New statistics released Tuesday by U.S. Customs and Border Protection reveal that the rate of digital border searches is on pace to quadruple since 2015. That means more and more travelers entering the U.S. are being asked to turn over their electronic devices to be analyzed.

The increase appears to have begun even before President Donald Trump’s promise to scrutinize incoming visitors with “extreme vetting” measures, some of which included stepping up digital surveillance. And if Trump’s cabinet gets its way, the trend may accelerate further. Earlier this year, John Kelly, the secretary of homeland security, told a House committee that foreign visitors should have to give up their online passwords and submit to social-media searches if they want to enter the United States.

If CBP’s border searches continue at the current pace for the next six months, agents will search about 30,000 travelers by the end of the fiscal year. That would represent an increase of one-third from the previous year.

The percentage of travelers who get searched is still very small—right now, it’s about eight in every 100,000 travelers—but the steady rise shows no signs of slowing. And it’s growing faster than the yearly increase in international travelers: In fiscal year 2015, the proportion was only two in every 100,000.

Digital searches usually begin with a traveler being selected for a secondary screening at an international checkpoint, such as an airport or a land border crossing. (Travelers might be singled out for further scrutiny because they’re flagged on a CBP computer system, or simply because a customs agent deems their behavior suspicious.) During secondary screening, officers can take advantage of a broad exception to the Fourth Amendment at the border to search a traveler’s belongings, even without a search warrant.

In January, a NASA engineer named Sidd Bikkannavar was detained at the Houston airport, on his way back from a vacation overseas. He was pressured into turning over his work-issued smartphone and giving up its PIN. Agents took the phone to a different room, searched it, and returned it to Bikkannavar half an hour later. It’s not clear what agents did with the phone during that time, but the government has access to many advanced hacking tools to extract information from mobile devices and analyze it.

The numbers CBP released on Tuesday contradict statistics the agency has released before. It had previously overestimated the number of digital searches in FY16 by more than 4,800, a discrepancy the agency chalked up to a fault in a “system modernization upgrade” in February 2016.

The agency says the steady increase in searches reflects “current threat information,” but a spokesperson wouldn’t elaborate on the specific reasons for the trend. Asked for an example of the kind of cases that digital border searches help solve, the spokesperson pointed to a Vermont man who was arrested in February for allegedly having sex with a 13-year-old girl. Border agents stopped the pair as they tried to enter the U.S. from Canada, and inspected the girl’s phone. There, they found texts suggesting a sexual relationship with the 25-year-old man.

The increased pace of border searches has stirred up controversy and opposition. In February, Ron Wyden, a Democratic senator from Oregon, joined human-rights groups in opposing CBP’s warrantless border searches. In a letter to DHS Secretary Kelly, Wyden wrote, “Indiscriminate digital searches distract CBP from its core mission and needlessly divert agency resources away from those who truly threaten our nation.”

Just last week, Wyden and Rand Paul, a Republican senator from Kentucky, introduced a bill that would require agents to get a warrant before conducting an electronic search at the border. A bipartisan pair of representatives sponsored the same bill in the House.

While the detailed breakdown of searches at the border represents a new level of CBP transparency, many questions still remain. Last month, Columbia University’s Knight First Amendment Institute filed a freedom-of-information lawsuit against DHS to obtain its policies for warrantless device searches. Wyden asked the agency for similar details in the February letter, but at press time—three weeks after Wyden asked to receive the answers—the agency still hasn’t responded. 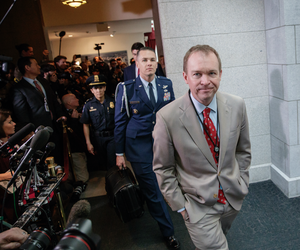 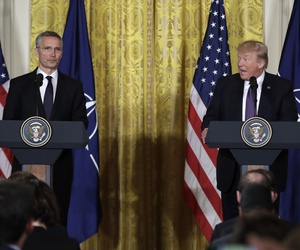 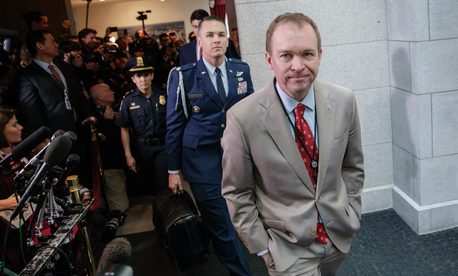 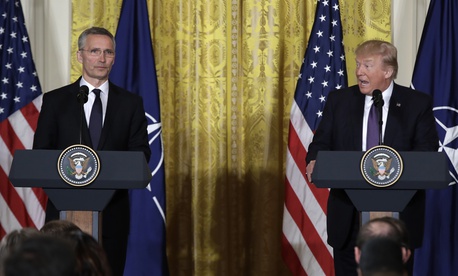