The head of Air Combat Command says one mistake by a pilot in an advanced warplane could mean an unintended escalation in Syria.

A fragile ceasefire may have taken hold in Syria but the country’s airspace — crowded with Russian, U.S., Syrian, and coalition warplanes — is as dangerous as ever, the commander of U.S. Air Combat Command says.

“Every day, we are a second or two away from miscalculation between airmen are flying on top of each other with advanced weapons, which could lead to an escalation in that conflict,” Gen. James M. “Mike” Holmes said at an Air Force Association event on Tuesday.

The fog of war over Syria has been thick since September 2015, when Russian forces arrived to bolster the embattled regime of Syrian President Bashar Al Assad. The U.S. and Russian forces immediately set up a deconfliction line, basically a telephone in the U.S. Air Operations Center that connected to directly the Russians’ similar base. But in April, a confusing situation became a tense one after the U.S. fired a series of Tomahawk cruise missiles at a Syrian airbase.

In June, a U.S. Navy aviator flying an F/A-18 fighter jet shot down a Syrian-operated, Russian-made Su-22 fighter over Syria. The Russian government threatened to treat as a target to any aircraft flying west of the Euphrates River, areas where the Russian and Syrian governments have been prosecuting a brutal campaign against mostly anti-Assad rebels. The U.S. has been operating mostly to the east, where, unlike the Russians , they’ve been targeting ISIS.

Russia is in a position make air operations a lot more difficult for U.S. forces. The Russians have deployed some of their most sophisticated air defense systems to Syria, including the S-300 and S-400 anti-aircraft missile and battery, which Russia claims can take down U.S. Tomahawk missiles. And then there are anti-aircraft radars on other jets, all adding to the complexity and raising the possibility of an accident.

The U.S. too, faces a growing risk of mistargeting precisely because both the Russians and Syrians sly the Russian Sukhoi Su-24 and use other pieces of equipment and intelligence in common, he said. “If there’s an airplane coming at my coalition forces, it’s an airframe…that’s flown by both the Russians and the Syrians. If it’s a Russian airplane, it’s probably just here to look at me and see what I’m doing. If it’s Syrian airplane, it might be there to attack those forces I’m defending. So it leads to split-second decisions at the point of attack for that young airman.”

Holmes said U.S. airmen are “doing great” in the highly complex environment. As well, Holmes, the deconfliction communication line with Russian forces remained functional. Still, the situation in which larger forces have placed airmen is dangerous and getting worse.

“We’ve put our airmen in a condition kind of like the old story about boiling a frog in a pot of water,” he said. 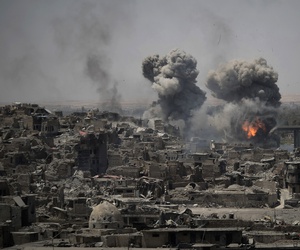 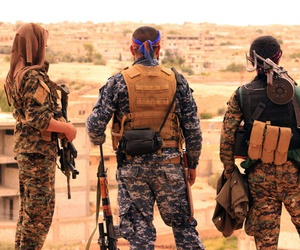 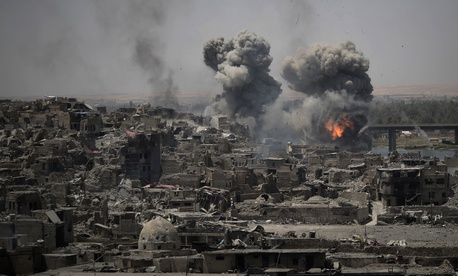 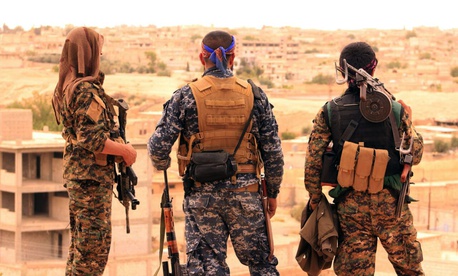