Russian-language specialists at the Voice of America call out disinformation from Russian officials.

The agency’s Polygraph.info is desk expanding its “disinformation news” coverage.

The Russian ambassador to the United Kingdom last week stated that his government had “no links to the analytical organization Cambridge Analytica,” the British company now under fire for using Facebook data to target American voters in the 2016 elections.

“False,” declared the Polygraph.info service being fed to thousands in Russian-speaking audiences by the Voice of America and Radio Free Europe. “Cambridge Analytica repeatedly communicated and held at least three business meetings with representatives of the Russian oil giant Lukoil. The Russians specifically requested and received from Cambridge Analytica information regarding the use of social media and data to target American voters,” the site explained.

It’s been a year since the U.S. government joined the ranks of Politifact, Factcheck.org and the Washington Post fact-checker in publishing dispassionate news analysis in the decisive ratings format: “true,” “false,” or “misleading.”

But its product—amplified in government-controlled foreign media environments through social media and video—focuses on what is now called “disinfo news.” It breaks down questionable statements put out by Russian officials on topics ranging from misidentified military weaponry to the Russian elite’s special privileges.

The impact is becoming apparent, according to Jim Fry, the veteran of commercial television news who is managing editor of Polygraph.info. “The VOA has never had a fact-check tool,” he said during an interview with Government Executive in Polygraph.info’s Washington shop. “We’re approaching it like a startup,” staffing up gradually, he said. “It’s exciting to try new things and see what works.”

Polygraph.info’s website says it serves as “a resource for verifying the increasing volume of disinformation and misinformation being distributed and shared globally.” Complimented by a Russian-language sister site called factograph.info, VOA’s digital editorial tool builds on the success of its year-old Russian-language television network Current Time TV. That 24/7 programming to counter Russian disinformation and Iranian censorship was recently praised by the Broadcasting Board of Governors as an example of how the larger BBG is now “at the forefront of National Security Strategy implementation.”

But in running Polygraph.info, which launched at the end of the Obama administration, Fry is careful to stress that “We’re U.S. government employees, but first and foremost, we are journalists.” The reporters and editors operate behind a legal “firewall” that shields them from direct influence by the sometimes politically disputatious broadcast agency’s top officials.

Hence, the zigs and zags of U.S. policy—from the Obama administration’s hopes for a “reset,” to tensions over Vladimir Putin’s expansionism, to Monday’s Trump administration expulsion of Russian diplomats—affect the BBG, but not its news operations, Fry said. BBG’s agenda “may affect our resources,” he acknowledged, but his reporting team doesn’t “counter disinformation,” as much as “cover it.”

The half-dozen staffers (some are part-time) are all Russian speakers who “either came from the region or have reported from Russia or Ukraine,” said Fry, who himself joined last fall. The service is produced in English.

One of the stars is Fatima Tlis, on the Polygraph.info team who suffered beatings, arrests and poisoning in past reporting trips going back to the 1990s, Fry said. Some Washington-based staffers requested that they not be photographed.

Polygraph.info is also adding a reporter with social media expertise, which is important to attracting an audience in Russian-speaking regions, Fry said.

Fry points to recent scoops, including the unmasking of Russian and Turkish misrepresentations of video footage. In November, the website reported that the Russian Defense Ministry, seeking to prove that the United States was helping the Islamic State in Syria, took to Twitter and Facebook and used a fake screenshot that actually was taken from the video game AC-130 Gunship Simulator.

In January, a government-controlled Turkish news outlet broadcast footage purporting to show Turkish forces engaging “Kurdish terrorists” in Syria. But viewers alerted Polygraph.info that the footage actually came from a 2010 video game called “Medal of Honor,” set in Afghanistan. “The technique is not particularly advanced, and is easy to out,” Fry said.

In the cultural arena, Polygraph.info in January took pride in exposing misleading statements from well-known Russian Foreign Ministry spokeswoman Maria Zakharova on the subject of her fancy fur coat. The information director for Foreign Minister Sergey Lavrov had posted on Facebook a shot of herself on a street in New York City wearing what looked to be a leopard-skin coat.

“The fur coat is Russian; I bought it at the Ladya (National Crafts) Exhibition at the World Trade Center (Moscow) this year,” she said in her post. “The shoes are by the firm Vitacci—a Russian company of Russian-Italian manufacturing. I wear OURS—either what was made completely in Russia or by the order of a Russian company.”

Critics inside Russia accused her of being indulgent and buying foreign luxuries on her government salary. And observers helped Polygraph.info assert that no such products are sold at the Moscow crafts fair. The VOA team then showed the photograph to various zoologists who suggested the coat was more likely fur from an ocelot. That animal is an endangered species, the sale of which is illegal in Russia and most nations. The Foreign Ministry declined Polygraph.info’s request for clarification.

“It was clickbait,” Fry said. The video was viewed by 37,000 people in Russian-speaking regions, he said, three times as many as typically view Polygraph.info’s videos.

A news consortium in the Ukraine is helping spread Polygraph.info’s “fact-based journalism,” Fry said, adding that the president of the former Soviet Republic of Georgia recently visited the VOA offices. And because of the Internet and changes in U.S. law, Americans increasingly see its work via Google and on such news websites as Business Insider, Newsweek, the Daily Caller and Raw Story.

A Ukraine-based Russian website called Stopfake.org “runs our stuff straight,” Fry said. The Washington-based Atlantic Council just agreed to play to play the role of aggregator, which should boost the U.S. government’s fact-checking service. “The Atlantic Council will be launching DisinfoPortal.org this spring—an aggregator of existing efforts addressing the global challenge of disinformation,” Geysha Gonzalez, associate director at the council’s Eurasia Center, said in a Monday statement to Government Executive. “The site will amplify articles, reports, videos, and other multimedia of partner organizations by reposting and promoting online. We are delighted to count Polygraph.info among our partners in this effort.”

Correction: The original story misspelled Fatima Tlis’ last name and incorrectly identified Stopfake.org’s location. It is based in Ukraine, not New York. The story has been updated. 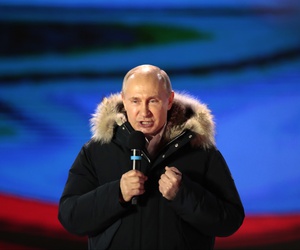 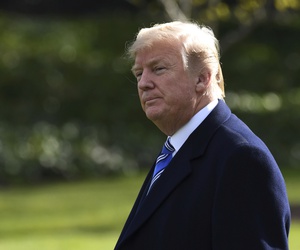 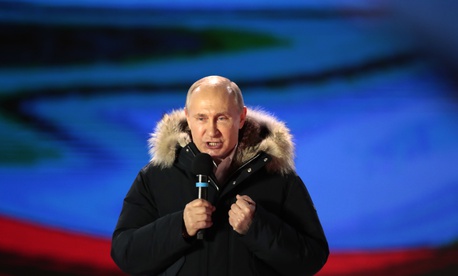 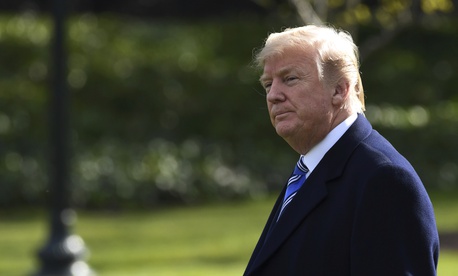