Democrats widely questioned President Donald Trump’s decision to strike Syria in response to a suspected chemical weapons attack, calling it “unconstitutional” and “reckless.” But lawmakers on national security committees — even those endorsing the Friday night strikes, and some in the president’s own party — said the U.S. needed a comprehensive strategy for its involvement in Syria.

Republican lawmakers largely endorsed the strikes on Friday night. Senate Majority Whip John Cornyn, R-Texas, tweeted “Good,” a response to Trump’s statement that “We are prepared to sustain this response until the Syrian regime stops its use of prohibited chemical agents.”

And Rep. Kevin McCarthy, R-Calif., current house Majority Leader and the man Speaker Paul Ryan, R-Wisc., endorsed to succeed him, tweeted: “The barbarism from the Assad regime will not be tolerated. America and its allies are together to deliver the consequences from such heinous action.”

GOP lawmakers on the House and Senate Armed Services Committees also endorsed the attack, which Defense Secretary Jim Mattis said was about twice as large as a similar strike last year. But several of them, including both chairmen, called for a broader strategy.

“I applaud the President for taking military action,” Sen. John McCain, R-Ariz., said in a statement. “To succeed in the long run, we need a comprehensive strategy for Syria and the entire region. The President needs to lay out our goals, not just with regard to ISIS, but also the ongoing conflict in Syria and malign Russian and Iranian influence in the region. Airstrikes disconnected from a broader strategy may be necessary, but they alone will not achieve U.S. objectives in the Middle East.”

HASC Chairman Rep. Mac Thornberry, R-Texas, was more moderate, acknowledging that “tough questions about the future of our policy in Syria remain,” but added “those questions should not detract from the justness of tonight’s actions.”

Across the aisle, wide swaths of the Democrats condemned the attack for being both unconstitutional and ill-advised. Along with a few GOP colleagues like Kentucky Sen. Rand Paul, they said the attacks legally required prior congressional authorization, which the administration did not seek. Mainstream Republicans made similar statements in 2013 when then-President Barack Obama contemplated responding militarily to a similar chemical weapons attack in Syria.

Sen. Tim Kaine, D-Va., said Friday’s operation was  “illegal and – absent a broader strategy – it’s reckless.” And Sen. Ed Markey, D-Mass., tweeted that “attacks such as this on another country without congressional authorization are unconstitutional, and they push the United States closer to what could be an interminable, all-out conflict in Syria.”

Kaine has been working with Arizona Republican Jeff Flake and Senate Foreign Relations Committee chair Bob Corker to draft a new Authorization for the Use of Military Force that would supplant the 2001 AUMF Republican and Democratic administrations have used to justify America’s wars across southwest Asia and the Middle East. But the draft proposal would not have covered actions against the Syrian regime. Mattis said Friday night that the strikes were justified under Article II of the Constitution, which gives the president the authority to defend U.S. national interests.

Even those Democrats who supported a response questioned whether it would contribute to stability in the region, or only further entangle the U.S. in a conflict with the regime and its Russian and Iranian allies.

Sen. Jack Reed of Rhode Island, the top Democrat on the Armed Services Committee, acknowledged the use of chemical weapons is “not something to ignore,” but said “President Trump’s impulsive tweets boxed him in.  Isolated punitive action is no replacement for a comprehensive strategy designed to bring about an end to the conflict in Syria.”

“First of all, we need a Syria strategy that we don’t have,” Sen. Jeanne Shaheen, D-N.H., said earlier this week. “I hope whatever we do would be in that broader strategic context.”

Asked Thursday if he thought the administration had a clear plan for U.S. engagement in Syria longterm, Sen. Richard Blumenthal, D-Conn., said, “No.”

Several Republicans had ideas of what that long-term plan should be.

Earlier in the week, Sens. Mitch McConnell, R-Ky., and Corker both pointed to the continuing campaign against the Islamic State when asked about the U.S.’s role in the country.

“It would be a disaster for us to leave Syria….We still have an ISIS footprint there we still need to get rid of,” said Corker.  “So we need to be there for a while, until we finish the work that’s on the ground.”

Trump’s sometime-friend, sometime-critic Sen. Lindsey Graham, R-S.C., advocated for a wholesale campaign to unseat the regime that would make Assad afraid to go to sleep.

We need to “go after Assad, we can’t give Damascus to the Iranians, can’t let ISIS come back — this is a chance for Trump to reset in Syria,” he said. 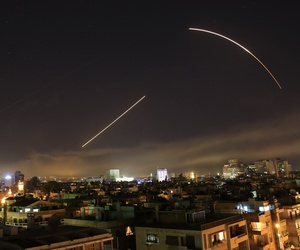 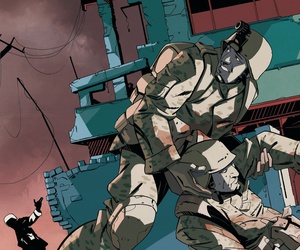 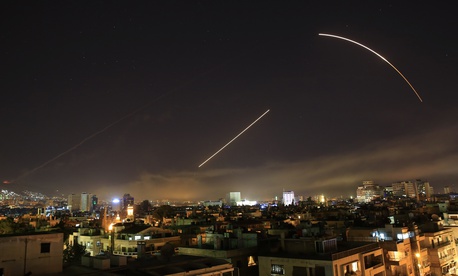 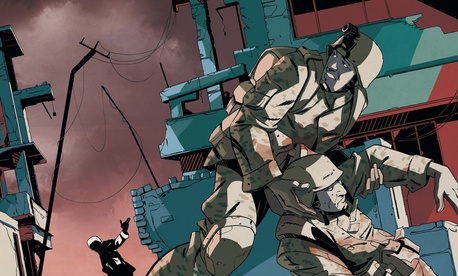