In this Tuesday, March 21, 2017 photograph, members of Iran's paramilitary Revolutionary Guard watch the USS George H.W. Bush as it travels through the Strait of Hormuz.

Adam Schiff lays out his worries on the intelligence, but the Trump administration is pushing back.

Adam Schiff, the combative chairman of the House Intelligence Committee, didn’t contest the recent intelligence that the Trump administration said was behind its newly aggressive posture toward Iran. Nor did he accuse the White House of misrepresenting it. Instead he returned to a critique that Democrats have made of Trump’s hawkish Iran policy from the start: that it will lead America down the path of an ill-planned confrontation.

“It’s not that I think there isn’t intelligence to be concerned about. There is,” Schiff told us in an interview in the Capitol on Thursday afternoon. “But how much of this is a predictable response to actions that we’re taking without any clear idea of where it’s supposed to lead us? That’s the predominant concern that I have, that we may be creating a self-fulfilling prophecy of conflict with Iran — and without any end game in mind.”

Recent actions by the Trump administration, Schiff said, seemed designed to provoke exactly the kind of Iranian response that senior U.S. officials have spent the last two weeks citing. Those actions by the United States include a move to block countries from purchasing Iranian oil  — part of an escalating series of sanctions on Tehran since walking away from the 2015 nuclear deal last year — and, in April, declaring the Iranian Revolutionary Guard Corps a terrorist organization.

Led by National Security Advisor John Bolton, over the last two weeks, U.S. officials have cited intelligence that they say showed Iranian activity that is putting U.S. forces in the region and America’s regional allies and interests in danger.

“If for example you believe that by labeling the IRGC as a terrorist group, they will be less likely to restrain the Shia militias [in Iraq, where America has 5,000 troops] — and then when you take that action you find that the Shia militias are more likely to attack, is that a problem with the intelligence or is that a problem with the action?” Schiff said.

The rising tensions have led to inevitable comparisons to the run-up to the Iraq War, when  U.S. officials misused intelligence about Saddam Hussein’s purported weapons programs and ties to al-Qaeda to lead America into a devastating conflict. And so with escalating intensity throughout the week, amid news of U.S. officials gaming out military options, members of Congress have urged the administration to show them the intelligence.

Related: A Bewildering Briefing on the Iranian Threat Leaves More Questions Than Answers

We spoke with Schiff before he received a formal briefing from the administration on the intelligence in question on Thursday evening, along with the rest of the congressional leaders known as the Gang of Eight. He reiterated his message in a statement on Friday, in which he said that Iran is a “thoroughly malign actor” and that the threat from Tehran, through the IRGC and its proxies, is “real”, but he also faulted the administration. “Given the degree to which the President has mischaracterized prior intelligence on other matters, or disputed the work product of the agencies when it contradicted his preferred narrative, his actions have generated understandable doubt on what we really know of Iranian plans and intentions,” the statement read. “All Members of Congress should be fully briefed by our intelligence agencies on their assessment of the threat posed by Iran.”

In the meantime, the administration’s defenders have dismissed criticism like Schiff’s. Republican Senator Marco Rubio, for example, who has also been briefed on the intelligence, has said it shows a “serious and potentially imminent threat to U.S. forces.”

He continued: “We are not going to start a war. But if we are attacked by Iran’s proxies, we are going to respond against those proxies and hold Iran responsible. And they’re going to pay a price for that as well.”

Administration officials have also disputed the idea that they are the ones engaged in provocative behavior; they blame Iran for the escalating tensions of the past two weeks — and say their recent moves were aimed at deterring, not provoking, an Iranian attack.

“We are all frustrated with this notion that somehow, we are escalating, we are seeking armed conflict,” a senior administration official told reporters in a background briefing on Friday. “Nothing could be further from the truth. We are seeking de-escalation, resolving the situation through non-military means.”

The official cited Trump’s repeated offers of negotiations with Iran, and took issue with reports suggesting that Bolton and Pompeo are trying to herd the president into a war. “Herding Trump down any path is an unsuccessful strategy. There are many witnesses to that.”

The president has said “many times” that he doesn’t want to use force, the official said.

Ahead of a fuller briefing to Congress, though, the partisan split over Iran is glaring. And it speaks to a broader mistrust that Democrats like Schiff have towards the administration. Through his committee, Schiff has been one of Trump’s most aggressive investigators on the Russia inquiry. The debate over the Trump administration’s use of intelligence on Iran has also played out against the backdrop of the president’s own complicated relationship with U.S. intelligence agencies. He has repeatedly equivocated on their conclusions that Russia interfered in the 2016 election with the aim of helping his campaign.

Schiff told us he was concerned about news accounts that a State Department report on arms control was downplaying Russian violations in favor of a focus on Iran. (The State Department did not respond to a request for comment on this.) The congressman, along with two fellow Democrats, sent a letter to Pompeo on Thursday citing “serious concerns over the abuse of classification and politicization of intelligence regarding Iran and other countries.”

“When you see conduct like that, it’s like waving a red flag,” Schiff told us. “It does make you question other things.” 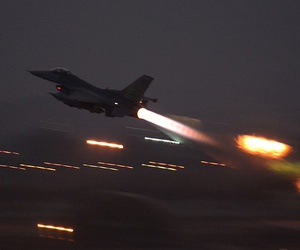 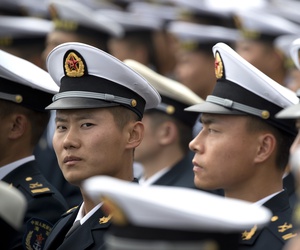 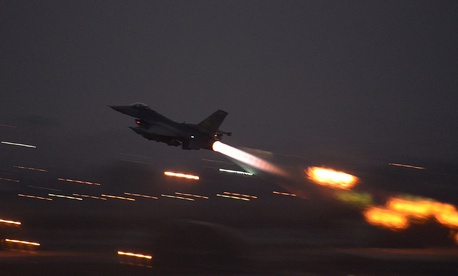 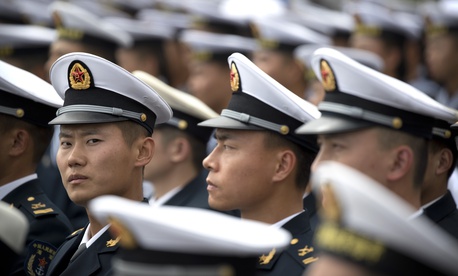