America’s Free-Rider Problem in the Strait of Hormuz

“The United States has not been willing to walk away from the Gulf, so other allies may not step up to do anything because they know that if they don’t, the U.S. will.”

Donald Trump spent much of the month lobbing threats at Iran, condemning the country’s leadership for tanker attacks near the Strait of Hormuz, stepping up to the brink of war after Iran shot down a drone in nearby waters, warning that the country could be “obliterated” if it attacked anything American. But he also wondered aloud on Twitter why the area is America’s problem at all.

A major part of the reason: to secure the world’s oil supplies—about 20 percent of which flow through the strait. But the U.S. itself doesn’t get most of its oil from the Gulf; most Gulf oil flows to Asia. So why, Trump asked, was the U.S. footing the bill to keep the Chinese supplied? The U.S. has shouldered the burden for protecting the free flow of energy supplies in the region since the Carter administration, when America’s chief adversary was the Soviet Union and the U.S. needed guaranteed access to oil so its military could fight a land war in Europe if needed.

But the world has changed. The Soviet Union no longer exists. The United States is producing substantial amounts of its own oil needs. Which does make it worth asking whether the assumption that dictated a U.S. military buildup in the region in the 1980s still holds.

One issue: It doesn’t really matter where Middle Eastern oil goes—if supply is disrupted, prices go up for everybody. “The origin of whatever molecules are consumed in the United States does not matter,” Kenneth Vincent, an economist at the Department of Energy, said at a 2017 Georgetown conference. “What matters is that if there’s a shooting war somewhere in the Middle East, those molecules will cost more and that will harm the American economy.”

Related: It’s Unnecessary to Pick Sides in the Gulf. America Should Stop.

The U.S. is also providing a global public good as the dominant military force in the region. “We’re doing it not just for us, we’re really doing it for the world, and we’re doing it because it impacts us and we’re the only ones really big enough to do it,” says Rosemary Kelanic, a Notre Dame professor who researches energy security. “Other countries have been totally happy to free ride on that.”

This kind of dynamic has drawn Trump’s ire in other areas, such as in Europe, where he has questioned the collective security guarantee at the core of NATO. So the question he raises about the U.S. commitment for Gulf oil supplies is not unusual. Caitlin Talmadge, a security-studies professor at Georgetown University, told me that the U.S. decision to reduce its presence in the Gulf started with Barack Obama’s pivot to Asia and the 2018 “National Defense Strategy,” which emphasized great-power competition with Russia and China. “Along the lines that Trump is talking about, we’ve actually tried for years and years … to get both Gulf states and our allies who depend on Gulf oil to do more to provide collective naval security in the Gulf. And we have made some strides there,” Talmadge said. She cited joint naval patrols, exercises, and training coordinated by the U.S. Fifth Fleet, with regional and allied countries.

Even so, the United States is the dominant military in the region. “The United States has always sort of been the glue that’s holding that coalition of actors together,” Talmadge said.

With its mines and missiles, Iran could block part or all of the strait and then shoot at whatever ships try to clear it. Doing so would damage Iran itself—or mean “cutting its own throat” as the analyst Michael Knights put it to us recently—given its economy’s dependence on oil exports. But as the Trump administration has moved to cut off Iran’s oil exports entirely, Tehran has lost much of this deterrent to closing the Strait or at least harassing shipping nearby.

There remains of course the deterrent of the possible U.S. response. “If they close the Strait of Hormuz, they’re going to get bombed,” Kelanic said. “If we didn’t intervene and bomb them and then clear the Strait, which we would have plenty of time to do”—given that the U.S. and allied strategic petroleum reserves could make up any oil shortfall for months—”oil supplies would be constricted and prices would go up.”

How much exactly is hard to say, though the potential to remove a fifth of the world’s oil could cause a severe spike. Talmadge noted in a 2008 paper that the Iraqi invasion of Kuwait in the 1990s, which stopped oil exports from both countries, doubled the price of oil at the time and kept them elevated for a year. Today these effects would be mitigated somewhat by strategic oil reserves that can make up supply shortfalls for months.

History suggests that the U.S. need not clear a potential minefield in the strait alone. During Operation Candid Hammer in 1991, which Talmadge describes in the paper, a coalition of U.S., British, French, and Belgian ships cleared almost 1,000 Iraqi mines from off the coast of Kuwait over the course of nearly two months.

An operation in the Strait of Hormuz would be more complicated, because Iranian coastal defenses would likely be firing at the ships doing the clearing operations. So even though allied countries could participate in mine-clearing, it’s likely that the U.S. would take the lead in bombing Iranian missile batteries, perhaps with help from allies like France and Britain that have advanced air forces. Talmadge estimates such an operation could take anywhere from days to weeks.

“It’s arguably still in our economic interests to protect Gulf oil,” Charles Glaser, the director of the Institute for Conflict Studies at George Washington University’s Elliott School of International Affairs, told me. “It would be better if other countries were militarily able to do that—frankly most of them are not in a situation where they can. … If we don’t do it, it’s quite unclear that anyone will fill the gap.”

Glaser pointed out that for the present, Gulf oil is very much still flowing. “It’s not interrupted, there’s been a small risk … It’s very, very hard to significantly close the flow of oil through the Gulf. And so far, that’s not happening at all.”

So does the risk require a massive forward U.S. presence in the Gulf? “We had far, far fewer military assets in the region during the Cold War—mostly naval—and we were still able to protect the flow of energy,” Emma Ashford, a research fellow in defense and foreign policy at the libertarian Cato Institute, wrote in an email. “To be frank, our troops in the region have been more destabilizing than stabilizing for energy markets in recent years: invading Iraq, toppling [Muammar] Gaddafi in Libya, etc. We could protect the flow of energy supplies with far, far lower levels of military presence than we have today.”

Meanwhile, Secretary of State Mike Pompeo is in the region trying to stitch together a coalition to protect Gulf energy security, though the parameters of what such a coalition will do are unclear. As Paul McLeary of Breaking Defense points out, the U.S. already oversees a coalition of 33 countries who help monitor threats to shipping.

“There are moral hazard dynamics going on,” Talmadge said. “The United States has not been willing to walk away from the Gulf, so other allies may not step up to do anything because they know that if they don’t, the U.S. will.” 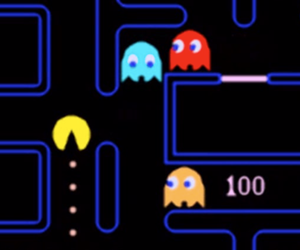 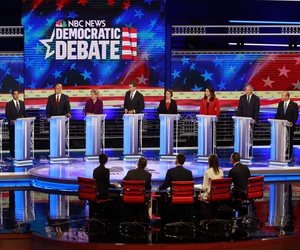 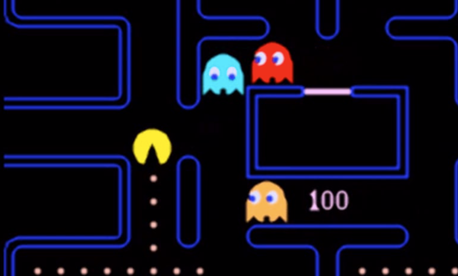 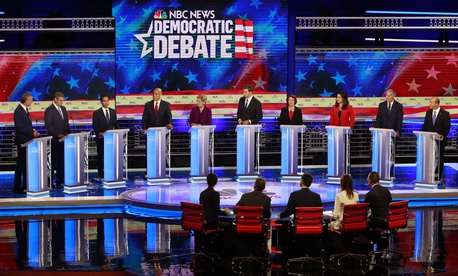