Rescue workers search the scene where a Ukrainian plane crashed in Shahedshahr, southwest of the capital Tehran, Iran, Wednesday, Jan. 8, 2020.

It’s not yet clear why a Ukrainian jetliner was shot down on Wednesday, but a lot had to go wrong.

It’s getting clearer that the Ukrainian airliner that crashed in Tehran on Wednesday was shot down by an Iranian missile. It’s far from clear whether Iranian forces mistook the plane for an enemy aircraft, shot it down intentionally, or perhaps allowed an air defense system to fire autonomously.

American officials said Thursday that launch detection satellites and other intelligence showed that Ukraine International Airlines Flight 752 was downed by an Iranian missile minutes after taking off from Imam Khomeini International Airport in Tehran. All 176 people aboard the Boeing 737-800 were killed.

“What’s bizarre about it being a mistake, is that not only was this an airliner that’s operating at medium altitude, it was departing from the nearby airport in Iran leaving the country, not descending into the country from outside of the country,” said David Deptula, a retired U.S. Air Force lieutenant general who was principal attack planner for Operation Desert Storm. “You scratch your head and go, ‘Holy cow, how could this happen?’”

The incident occurred just hours after Iran fired 16 missiles at U.S. forces based in Iraq.

“This occurred five hours after the Iranians launched ballistic missiles against the sites in Iraq, so the [surface-to-air missile] battery operators are at a high-level of alert and sensitivity,” Deputla said. “One can envision and hypothesize a situation where this target is viewed as an inbound target, but it’s really hard to figure out.”

“There are established procedures to achieve positive verification [and] positive identification,” Deptula said. “But remember, when you have humans involved and tensions and anxiety in a combat situation, people make mistakes.”

In 1988, the crew of the Vincennes, a U.S. Navy guided missile cruiser, mistakenly shot down an Iranian airliner flying from Tehran to Dubai. During the 2003 invasion of Iraq, the U.S. military mistakenly shot down a British Tornado jet when a Patriot interceptor mistook the warplane for an anti-radiation missile. And in 2014, Malaysia Airlines Flight 17 was brought down by a Russian Buk missile over Ukraine.

“In one sense [the crash in Tehran is] a bit different; in the other, it’s not,” Deptula said. “There are mistakes that are made particularly in high-pressure, high-tension situations.”

A surface-to-air missile battery operator typically tries to get positive identification of a suspicious aircraft before firing. Since all commercial airliners have a transponder that sends out unique information about that particular aircraft — known as a squawk — the missile operator should check for this info.

“You don’t have to have a radar hit for that,” Deptula said. “That is a device that actually transmits that information.”

If a plane is not transmitting a squawk, the surface-to-air missile operator should check the local flight timetable. If there’s nothing on the flight schedule, he or she should next analyze the flight characteristics of the plane.

“Is this airplane coming in at low altitude and high speed [while] heading toward a sensitive operating area,” Deptula said. “Or is it climbing out on a profile, going through medium altitude at a speed typical of an airliner…and what’s its vector.

“Any one of those three elements, you then have a good sense as to whether this is a hostile aircraft or a friendly or remains an unknown,” he said.

Each country has rules of engagement that dictate when to fire anti-aircraft missiles.

Ukraine Airlines Flight 752 was climbing to the northwest — away from Tehran— and was at 7,925 feet at a speed of 275 knots when its squawk was lost, according to flight tracking data from Flightradar24.

The Defense Intelligence Agency said in its most recent public assessment of Iran’s military said its  “fielding more-capable, domestically developed SAM and radar systems to help fill gaps in its air defenses.”

A U.S. official told the New York Times that a missile from a SA-15 air defense system shot down the plane. The system can operate in autonomous mode, according to a Missile Defense Advocacy Alliance fact sheet.

“We really won’t know [what happened] until there’s an investigation and the people who were involved are debriefed,” Deptula said. “But I doubt we’re going to find that out anyway.” 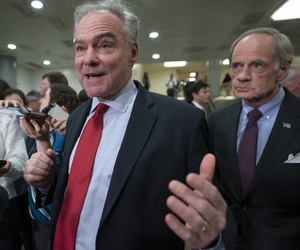 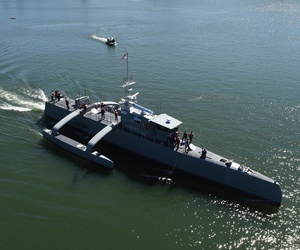 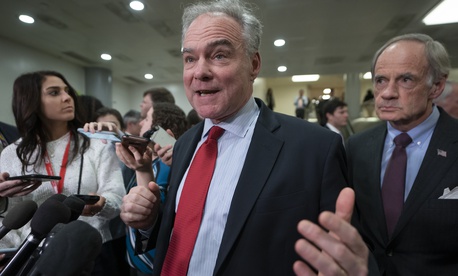 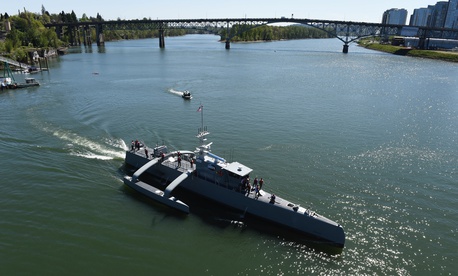