A U.S. Marine has become the first disclosed case of coronavirus among the thousands of people who work in the world's largest office building.

The Pentagon on Wednesday reported internally its first positive case of coronavirus in a service member who works inside the building.

According to a read-out of a briefing given Monday to senior aides to Pentagon leaders and obtained by Defense One, a U.S. Marine working in Headquarters Marine Corps’ Plans, Policies, and Operations office has tested positive for the virus.

Capt. Monica Witt, a spokesman for the U.S. Marines, confirmed that a Marine stationed at the Pentagon tested positive for COVID-19 on March 24.

“Per U.S. Centers for Disease Control guidelines, the Marine is in isolation at his home and will undergo further assessment by health professionals. The Marine followed official guidance by isolating himself when his spouse began to show symptoms. Once he became ill, he contacted his assigned medical facility. His workspace has been cleaned by a Pentagon response team and a thorough contact investigation is underway to mitigate risk and preserve the health of our Marines, civilians, and families.”

Test results are awaited for several other Pentagon staff members, including one who works in the National Military Command Center — the nerve-center for the U.S. military, the Pentagon’s command and communications center.

On Monday, Defense Secretary Mark Esper Defense upgraded the Pentagon’s health protection level to the second-highest level — HPCON-C — to indicate substantial risk and sustained community transmission of the coronavirus, a move that places even stricter restrictions on Pentagon access. On Wednesday, Esper upgraded every DoD facility worldwide to HPCON-C.

But some military officers and civilian personnel working in the building have begun to express concerns about the number of people still coming in and out, even as the number of coronavirus cases in the United States continues to rise.

As of this weekend, occupancy at the Pentagon was still at over 30 percent of its normal level, according to notes from a similar briefing obtained by Defense One. “One OSD director has been bringing in their people to the office because they don’t have telework equipment and they didn’t think they could use admin leave,” the memo read. 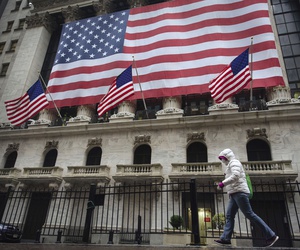 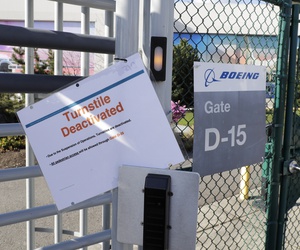 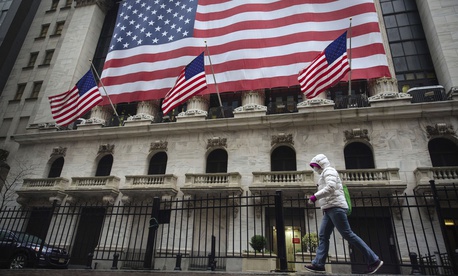 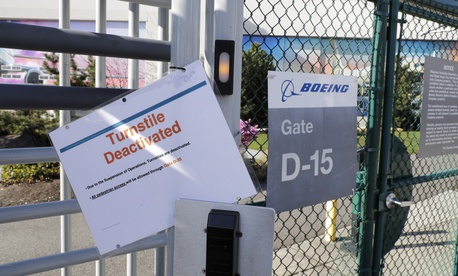