Why the F100 Engine Is the Best Choice for the F-15EX
Skip to Content
Get all our news and commentary in your inbox at 6 a.m. ET.
Ideas
Social Movements Are The Next Big Weapon 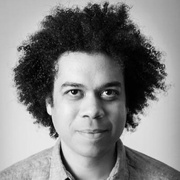 The idea might sound far-fetched. But President Obama’s steadfast refusal to send occupation forces to fight the Islamic State in Syria may be evidence that the old methods of regime change—boots on the ground—are being rendered obsolete.

Going forward, governments will increasingly rely on catalyzing contagious social protests to topple terrorist states and influence autocratic regimes. Russian military theorists were the first to openly discuss this shift in the art of war—and to accuse America of pioneering techniques of fomenting viral protests abroad. Whether or not their accusations hold water, social movement warfare may well be the wave of the future.

Last year, defense ministers and high-ranking military personnel from several less-than-democratic societies, including Belarus, Iran, Egypt, Myanmar, Vietnam, Syria, the United Arab Emirates, and China, gathered in an opulent Stalinist-era hotel in Moscow to discuss a grave threat to their governments. The occasion was the third annual Moscow Conference on International Security (MCIS), an event hosted by the Russian Ministry of Defense. Unlike previous years, not a single military officer or official representative from a NATO member country participated in the two-day event.

The reason for the conspicuous absence of NATO representatives became apparent during the opening speech by Russia’s minister of defense, army general S. K. Shoygu. He announced that the focus of the gathering would be “on the problems of how so-called ‘color revolutions’ … affect global security.”

Pointing to the social protests that rocked the world from 2011 to 2014, beginning with the Arab Spring and continuing through Ukraine’s Euromaidan Revolution and Hong Kong’s Occupy Central, Shoygu argued that Western powers are deploying social movements as a technique devised “according to the rules of the art of war” for overthrowing unfriendly governments.

Shoygu’s allegations are a prescient vision of the future. Similar accusations of engineering protests have been made in the past against, and variously denied by, non-governmental organizations such as George Soros’s Open Society Foundations, Gene Sharp’s Albert Einstein Institute and the Serbia-based Centre for Applied Nonviolent Action and Strategies (CANVAS). What is different today is the implication that state militaries could shift toward creating, training and deploying civilian activists in a bid to create disruptive movements.

A turn toward social movement warfare could be a strategic response to the impracticality of direct confrontation, or conventional war, against great militaries and nuclear-armed states. As one scholar at the Center for Strategic and International Studies explains, the Russian military now considers social movements to be “a new US and European approach to warfare that focuses on creating destabilizing revolutions in other states as a means of serving their security interests at low cost and with minimal casualties.”

The idea that seemingly disparate social movements involving millions of people around the world could be manufactured—or “staged and managed,” as one Russian general puts it—to influence geopolitics will probably dismay many movement participants. Most protestors experience uprisings as organic phenomena. However, rather than rush to ignore or refute the accusations levied by Russia’s Ministry of Defense, activists would be wise to understand the implications of casting social movements as a new form of warfare, and the impact this shift will have on the next generation of protests.

At the very least, we might assume that, as philosopher Jacques Ellul once proposed, “The accusation … clearly reveals the intention of the accuser.” In other words, Russia’s accusation might reveal its own intention to manufacture social movements in America and beyond.

If true, this would explain the hyperbolic coverage that Russia Today, a government-funded station, lavished on Occupy Wall Street. It went so far as to fly prominent Occupiers from New York City to London for a televised interview with Julian Assange.

So is this good or bad for social justice? Placing social movements within the context of military science contains two dangers—and an opportunity—for activists worldwide.

The first danger is that authoritarian societies will use the excuse that protests are a form of war to justify cracking down on domestic dissent with military force.

However, democratic and repressive regimes alike are already responding to protests as if they are a form of social movement warfare. Witness, for example, the conspicuous deployment of a Long Range Acoustic Device, the notorious sound cannon often used in war zones, during the eviction of Occupy Wall Street from Zuccotti Park in 2011 and during the protests in Ferguson in 2014. Activists who understand, rather than deny, this change in how their protests are being interpreted by authorities will be better equipped to develop effective counterstrategies.

The second danger is that repressive societies may try to create social movements in a bid to negatively influence democratic societies.

Every new protest invention is ultimately a double-edged sword. Jihadists use hashtags to spread extremism. Anti-immigrant movements in Germany co-opt the “We are the people” slogan that toppled the Berlin Wall to push a negative agenda. The leaderless organizing style of Black Lives Matter might one day too be appropriated by reactionary forces.

It is worrisome to consider how repressive authorities could use nonviolent popular protest tactics. But even this is preferable to destructive conventional warfare that relies on brute force.

Fortunately, social movement warfare also offers reason for genuine optimism. Any government that tries to spark social movements abroad while suppressing protests at home is in for a nasty surprise. In our hyper-connected world, revolutionary events are akin to a tsunami that crashes against every shore. Movements have a tendency to spiral outside the control of their creators, spreading across all borders and swerving in democratic directions where participants dictate the outcome.

Ultimately, the ascendancy of social movements, and their coming adoption by militaries as a method of social change, gives me hope that this is the end of war as we know it. And it could be the beginning of a planetary uprising for democracy that the people have been dreaming of. A revolution anywhere brings us one step closer to a revolution everywhere. So any repressive governments that choose to create social movements abroad are digging their own graves.

NEXT STORY: Obama Says His ISIS Strategy Is Working Better Than His Attempts to Explain It