If Russia invades the Baltics, Turkey warns it won’t help unless NATO members formally say the Kurdish YPG militia in northern Syria is a terrorist group. That’s according to four alliance officials who spoke to Reuters on Tuesday.

Quick review: “Ankara views the Kurdish fighters as terrorists for their links to a Kurdish insurgency inside Turkey,” the Associated Press writes us in a separate development today. “The fighters had however partnered with the U.S. against the Islamic State group.” But “U.S. troops pulled back from the border with Turkey to avoid clashes with a NATO ally, opening the way for the Turkey-backed invasion,” in what AP calls “a major shift in the power balance in oil-rich northeastern Syria.”

Why Turkey’s Baltic stance is in the news now: Very likely because NATO heads of state are scheduled to converge in London next week for a 70th anniversary summit. Reuters has a preview of that summit, here.

Bigger picture: “The plan for the Baltic states and Poland, drawn up at their request after Russia annexed Crimea from Ukraine in 2014, has no direct bearing on Turkey’s strategy in Syria, but it raises issues about security on all of NATO’s frontiers,” Reuters writes.

We asked a few experts about this back in mid-October, just days after Turkey launched its unilateral invasion of northern Syria. At the time, it seemed slightly absurd to doubt a NATO ally’s commitment to collective defense. We appear to have been wrong in that assessment.

Said one of those experts, Aurel Sari of the University of Exeter’s Law School: “Assuming that an armed attack has occurred and the victim requests assistance, the North Atlantic Treaty favours and seems to foresee a collective, united response. However, nothing precludes nations that share the victim State’s assessment that it has suffered an armed attack, and which therefore consider Article 5 to be engaged, to provide assistance bilaterally or plurilaterally, without all nations sharing that view and considering Article 5 as triggered.” (Read Sari’s analysis of the topic and related issues, “The Mutual Assistance Clauses of the North Atlantic and EU Treaties: The Challenge of Hybrid Threats.” See also his Oct. 15 op-ed in Just Security: “Can Turkey be Expelled from NATO? It’s Legally Possible, Whether or Not Politically Prudent.”)

Said Chris Skaluba of the Atlantic Council: “In practical terms, Turkey couldn’t stop alliance members from responding. That’s because when it comes to NATO, there are largely four capitals that matter: London, Paris, Berlin and Washington. Even if [Turkish President Recep Erdogan] were to say, ‘I’m going to put my stick in the ground and resist this,’ the Turkish delegation would have a very hard time holding out over time.”

Such a position “may limit how [Turkey] could use NATO command or NATO intelligence. But in most cases, politically the Turks would be under enormous pressure. Even in 2003 during the Iraq invasion, the four capitals were misaligned and NATO wound up being involved and having a role.”

It’s worth noting in our current era of apparent norm-breaking, said David Auerswald of the National War College, that generating “consensus” among alliance members for Article 5 action “is not so much a rule as a norm. The key is to keep alliance members from vetoing alliance action.  During Kosovo, for example, we did that by essentially buying off the Greeks with a series of actions that protected their interests, such that they abstained rather than vetoing the operation.”

However, some alliance officials see some room for negotiation with Turkey since, as one diplomatic source explained to Reuters, “Ankara also needs leaders to approve a separate, upgraded military plan detailing how NATO would defend Turkey in the event of an attack.” A bit more from Reuters, here.

Don’t miss our most recent podcast on the future of security in Europe, featuring discussions on a possible Russian invasion of the Baltic states, as well as NATO relations with Turkey, and how concerns over China’s rise are reshaping Europe. Listen to that 40-minute episode, here.

Meanwhile in northeastern Syria, a car bomb killed at least 17 people “in the village of Tal Half, near the city of Ras al-Ayn,” AP reports. Turkey’s defense ministry says Syrian Kurdish fighters are responsible; however officials provided no proof to back up their claim. A bit more, here.

By the way: Malaysia is bracing for an ISIS rise in Southeast Asia, Reuters reports from “a meeting of ministers from members of the Association of Southeast Asian Nations (ASEAN) in Bangkok.”

And Dutch intelligence on Monday “arrested two men suspected of plotting a jihadi attack using suicide vests and one or more car bombs,” AP reports from the Netherlands. “The arrests followed an investigation launched in October following a tip off to police by the main Dutch intelligence agency that the suspects had the intention of staging an attack using explosives and were seeking training.” More here.

China’s Largest Telecom May Sue You For Criticizing It // Patrick Tucker: Huawei is trying to use French libel laws to punish a Western researcher. Will it work?

Welcome to this Thanksgiving Eve edition of The D Brief from Ben Watson and Bradley Peniston. If you’re not already subscribed, you can do that here. On this day in 1951, America conducted its first successful guided missile (NIKE) intercept of an aerial target over New Mexico’s White Sands Proving Ground.

President Trump: U.S. will designate Mexican drug cartels as foreign terrorist organizations. That would “expand the potential scope of U.S. action through tougher legislation and stiffer penalties. Mexican officials criticized the idea as opening the door to more direct U.S. intervention in their affairs.” the Wall Street Journal reported.

Bombs kill 5, police kill 3, an assassin kills 1 in Iraq. “Security forces killed three protesters and wounded at least 80 on Tuesday as demonstrations raged in Baghdad and across mostly Shiite southern Iraq,” AP reported. The protestors died after police fired live ammunition and rubber bullets.
Later in the day: three simultaneous explosions in the capital. ISIS is suspected in the blasts, which happened in neighborhoods far from the demonstrations.
Protest-supporting sheik killed in his car in Basra. “Sheikh Haidar Abdul Emir Maliki was found dead after gunmen shot him and fled the scene on two motorcycles,” AP wrote.
More than 350 people have been killed and thousands have been wounded since protests broke out on Oct. 1. Read on, here.

From Russia to China and now Iran, Taliban officials continue their globe-trotting discussions with people who are not in the Afghan government — today traveling to Tehran for discussions with Iranian Foreign Minister Mohammad Javad Zarif, Reuters reports. Like the Moscow and Beijing visits, “Iran also held talks with a delegation from Afghanistan’s Taliban in September, a week after peace talks between the United States and the Islamist insurgents collapsed.” Tiny bit more, here.

The U.S. needs an early warning system for the Arctic, the commander of U.S. NORTHCOM and North American Aerospace Defense Command said during the Halifax International Security Forum on Saturday. Military Times reported Tuesday that NORTHCOM’s Air Force Gen. Terrence John O’Shaughnessy referenced “the series of radar stations built in 1957 that became known as the Distant Early Warning Line, or DEW line” as a possible precedent to follow. Not a lot more from that angle, but a bit more on the difficulty of logistics to and from the Arctic region, here.

Eyes on China, made in the USA. Here are a few American companies that “have nurtured, courted and profited from China’s surveillance industry,” according to the Wall Street Journal. The list includes Seagate Technology PLC, Western Digital Corp., Intel Corp., Hewlett Packard Enterprise Co., and a few others.
Background: “The U.S. connections came under scrutiny in October, when the Trump administration added eight Chinese surveillance companies to an export blacklist, as part of a wider push to keep American technology out of China’s hands,” the Journal writes. “For their part, the companies say that their products can be used in any number of ways, and that convoluted supply chains limit their understanding and control over how their goods are put to use.” More behind the paywall, here.

And finally today: Fighter jets were scrambled over Washington, D.C., and the U.S. Capitol placed on “restrictive access” on Tuesday after a “slow-moving blob” was spotted on radar just south of the National Mall, CNN reports.
What was it? “Capitol Police sources told CNN that the flying object may have just been a flock of birds, given how slowly it was moving and how it appeared on radar, then dissipated.” Read on, here.

Happy Thanksgiving! Your D Brief-ers are off on Friday, so we’ll see you on Monday. 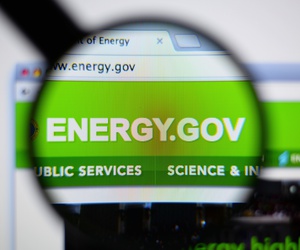 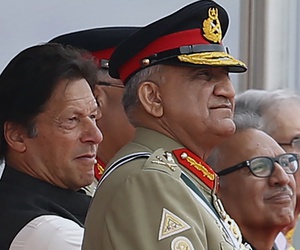 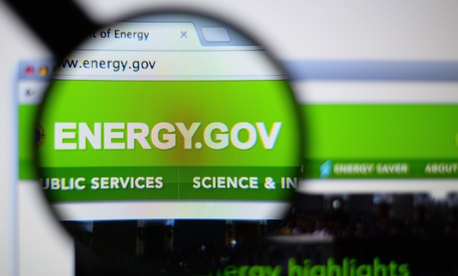 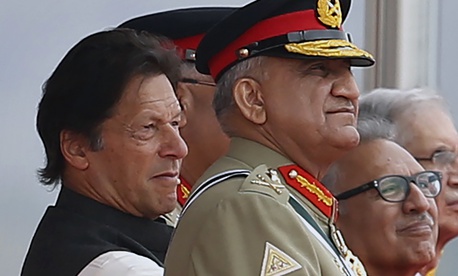