Some 40,000 Americans were newly discovered to be infected with the coronavirus on Thursday, beating the daily record set just one day prior, according to the Johns Hopkins University’s COVID-19 tracker.

Several states set their own records for cases on Thursday, including Alabama, Texas, Idaho, and Nevada, which are among the 30 states where daily new cases have risen over the past two weeks. And many of those states’ governors are now hitting pause on their reopening, or giving it far more serious thought than before, the Associated Press reports this morning. For example, Arizona just paused its reopening because, as Republican Gov. Doug Ducey said, its numbers “continue to go in the wrong direction.”

Behind the numbers: The proportion of positive tests is growing. “If the percentage of any given amount of tests in one week—take an arbitrary number, [if] 3 percent [are positive]—and the following week it’s 4 percent, and the week after that, it’s 5 percent,” Dr. Anthony Fauci, director of the National Institute of Allergy and Infectious Diseases,  told The Atlantic, “that can’t be explained by doing more tests. That can only be explained by more infections.” Read on, here.

So far 124,000 Americans have died from coronavirus complications, at a current rate of about 600 people per day. That’s down from about 2,200 daily deaths in mid-April, AP reports.

Most folks who went to the president’s rally last Saturday came from outside Tulsa — by Bloomberg’s count, they came from “at least 44 counties spread across 12 states.” Today, “Covid-19 is on the rise in 33 of [those counties].” That story, here.

Three weeks after opening its casinos, Nevada has mandated mask wearing (with a few medical exemptions).

In Florida, the median age of folks testing positive has dropped to 35, down from 65 in March, the New York Times reports.

ProPublica asked one of Mulligan’s workers, “Are you worried you were complicit in a crime?”

His reply: “The more we talk about it, yes.” Then he added, “I’m not the brains of the operation, and I’m definitely not the wallet for it.” Read more, here.

Welcome to this Friday edition of The D Brief from Ben Watson with Bradley Peniston. Send us tips from your community right here. And if you’re not already subscribed to The D Brief, you can do that here. On this day in 1917, American Expeditionary Forces began arriving in France for World War I.

Intra-Afghan peace talks are now slated for mid-July, Reuters reports after weeks of optimism from U.S. officials hoping that date would actually be the end of June.
The latest sticking point seemed to be Kabul’s tardy release of the Taliban’s “most dangerous” prisoners — part of a deal the U.S. signed with the Taliban in Qatar this past February and without the involvement of officials from Kabul. Officials from NATO nations expressed dismay that some of those prisoners would be released, as Reuters reported on June 18. That prisoner issue is reportedly now no longer a problem, though exactly why is not entirely clear. Tiny bit more to those developments, here.

SecDef Esper extended the U.S. military’s Mexico border mission through the end of FY21, the Pentagon announced Thursday. That includes plans to swap out the active duty troops with National Guard units, all totaling around 4,000 soldiers. Voice of America has more, here.

Inside the Pentagon, White House critics “are resigning or facing reprisal,” the New York Times’ Helene Cooper and Eric Schmitt reported Thursday. That includes Army Lt. Col. Alexander Vindman, “who testified in the House impeachment hearings.”
What’s behind that one: “The White House had made clear to officials in the Pentagon’s office of personnel and readiness, which handles such staffing, that Mr. Trump did not want to see Colonel Vindman promoted, the officials said.” However, “Absent any reason to deny his promotion other than Mr. Trump’s personal dislike of Colonel Vindman, the Army kept his name on the list, and sent it back to Mr. Esper, putting the defense secretary exactly where he did not want to be: in the cross hairs of the commander in chief.” Continue reading, here.

The White House wants to stop informally notifying Congress ahead of foreign arms sales, Foreign Policy reported Thursday.
Where this comes from, at least in part: “mounting frustration from senior administration officials over informal holds from lawmakers on arms sales to countries like Saudi Arabia and the United Arab Emirates.”
The change could reduce the time Congress has to act against a proposed sale, leaving just the 30 calendar days of notice required by the 1976 Arms Control Export Act for a “government-to-government foreign military sale of major defense equipment valued at $14 million or more, defense articles or services valued at $50 million or more, or design and construction services valued at $200 million or more,” according to the Congressional Research Service.
BTW: Congress already finds it difficult to block such sales, as Defense One has reported.
Also from Foreign Policy: The “Trump admin will not block a China-owned firm from building a wind farm near Air Force’s largest pilot training base in Texas,” Jack Detsch and Robbie Gramer reported Thursday, adding, “Lawmakers fear [the] project could be used to spy on troops & disrupt flight routes.”

The U.S. Army will stop using photos to decide promotions and advances “in a bid to root out racial bias,” the Wall Street Journal reported Thursday. The change goes into effect beginning in August.
That suggestion was ready to go one week ago. And it was the only one Esper mentioned when he said on 18 June that the department would begin looking seriously at ways to improve diversity and inclusiveness.
Exceptions to the new rule include generals, whose promotions rely “more on the word of other generals, rather than on the findings of a review board, a commander, or a rater tasked with determining whether someone has the attributes to become a commander.”
For the record: “African-American soldiers comprise roughly 20% of the Army, but only 13% of Army officers,” the Journal’s Nancy Youssef writes. “Of the 12 Army four-star generals, only one is African-American.” More here.
Related: Some U.S. Army soldiers are getting in trouble for supporting neo-Nazi groups and for extreme postings on social media, the Washington Post reported Thursday. The story involves a Telegram messaging app called RapeWaffen Division, the 75th anniversary of Adolf Hitler’s death, an extremist group called the “Order of Nine Angles,” and coded language that researchers and insiders know is short for a desire to instigate a so-called “racial holy war.”

Some police forces that received more military guns and gear killed more civilians. When the McClatchy news organization looked at the 13-year-old program to transfer military weapons and vehicles — largely, gear bought for the wars in Iraq and Afghanistan — to domestic law enforcement agencies, they found that “seven of the top 15 police departments with the highest number of police officer-involved fatalities — when adjusted for population — also received a higher share of the Defense Department’s excess guns.” Read on, here.
Charted: “Did Iraq & Afghanistan Wars contribute to the militarization of US police departments?” Prof. Paul Poach of the University of Chicago tweeted, along with a chart, on May 31, His answer: The “Data are pretty clear. Surplus military equipment transferred to local law enforcement (via 1033 program) steadily rose starting in mid-00s, followed by spikes after 2010.”
Background on the 1033 program from Wired, here.

We’re learning more about the backers of that failed coup in Venezuela last month. The Wall Street Journal reports today a man named Leopoldo López was behind it all. He’s the founder of opposition leader Juan Guaidós former political party, and along with “other allies,” they “considered at least six proposals from private security contractors to carry out military incursions to spur a rebellion in Venezuela’s armed forces and topple the authoritarian president, these people told” the Journal.
Just catching up? “One of the contractors was eventually involved in an attempted incursion in May that was over almost before it began, ending with eight of the mercenaries killed and nearly 50 detained, including two former U.S. soldiers, all of whom are still being held in a Caracas prison.” More behind the paywall, here.

And finally this week: While your cousin still can’t get a starring role in Hollywood, an A.I. robot just did. An AI program was just cast as the lead in an upcoming $70M sci-fi film, the Hollywood Reporter revealed Thursday. The movie is called “b,” and it “follows a scientist who discovers dangers associated with a program he created to perfect human DNA and helps the artificially intelligent woman he designed (Erica) escape.”
And that’s where the star, Erica, comes in. Erica is in fact the product of Japanese scientists Hiroshi Ishiguro and Kohei Ogawa. They reportedly taught their AI to act by “applying the principles of method acting to artificial intelligence.”
Still undecided: What human will act alongside Erica in the film, which still has shoots scheduled for 2021 in Europe. More from the Hollywood Reporter, here. 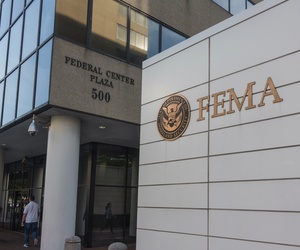 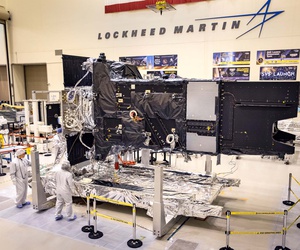 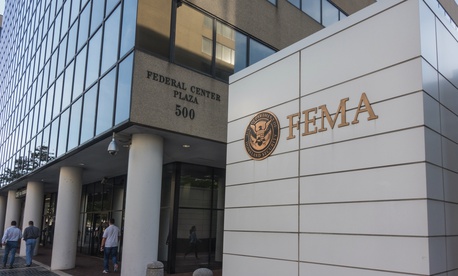 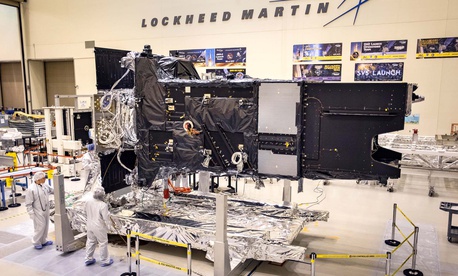