When it comes to blocking U.S. arms sales to foreign countries, Congress has a mixed track record.

The suspected death of journalist Jamal Khashoggi inside the Saudi consulate in Istanbul has inflamed simmering calls on Capitol Hill for the U.S. to reject arms sales to Riyadh, but it’s far from clear that lawmakers will curtail billions of dollars in approved deals already slated for the kingdom.

President Trump has shown little appetite to hold Saudi Arabia at all accountable for Khashoggi’s disappearance — let alone halt defense exports, whose growth has been a focus of his presidency. Under a policy issued in April, the Trump administration treats arms exports in part as a means of creating domestic manufacturing growth through increased jobs and production. On Sunday, he told “60 Minutes” that slowing or halting exports would be a “very foolish” move that would harm the U.S. defense industry.

U.S. lawmakers have the power to halt such sales under the 1976 Arms Export Control Act, an effort to bring transparency and accountability to the executive-driven process. But they have never done so. From time to time, they have brought enough pressure that past administrations have withdrawn proposed sales. In the 1970s, the U.S. refused to deliver C-130 cargo planes purchased by Libya. To this day, they sit parked in a field on a U.S. Air Force base in Marietta, Georgia.

In 1981, the House rejected the sale of AWACS radar planes to Saudi Arabia. Although the Senate never approved the resolution, then-President Reagan “made a series of written commitments to Congress regarding the proposed sale,” according to the Congressional Research Service. In 1986, Congress passed legislation blocking an arms package to Saudi. The Reagan administration removed controversial Stinger missiles from the package, allowing the sale of Harpoon and Sidewinder missiles to go through.

But such actions have become rarer in the years since 9/11. During the Obama administration, the White House suspended military aid and weapon deliveries to several countries — sometimes under pressure from Congress, sometimes on its own — only to eventually resume them. It also delayed arms sales approvals, such as a fighter jet sales to Qatar and Kuwait over concerns from Israel.

“It’s a rare occurrence for sure,” Bill Hartung, of the Center for International Policy, said of the blocking an arms sale.

In the first few months of his administration, Trump announced that Riyadh had pledged to buy $110 billion in U.S. weapons, a number that fact-checkers have deemed vastly inflated but that Trump has used to argue arms sales to the Kingdom should continue. Last month, the Wall Street Journal reported last month that Secretary of State Mike Pompeo had backed continued U.S. military support for the Saudi campaign in Yemen over concerns that cutting that aid could put a $2 billion dollar weapons deal at risk. (Pompeo has denied the report.)

In the years since 9/11, and amidst rising concerns over Saudi Arabia’s regional nemesis Iran, Congress has wielded less influence. Still, Congress in September blocked deliveries of F-35 Joint Strike Fighters to Turkey, a NATO ally, over Ankara’s buying advanced Russian surface-to-air missiles and the imprisonment of pastor Andrew Brunson. The law requires Defense Secretary Jim Mattis and Secretary of State Mike Pompeo to submit a report to lawmakers before the ban is lifted.

It remains unclear whether the current Congress will move to put a formal stop to sales to Riyadh. For now, the GOP majority has shown little appetite to cross the Trump administration, particularly with the November midterms looming.

“I think it could be difficult for Congress to unify to the point that it could effectively block arms sales to Saudi Arabia, because I think there are other arguments [for different responses to the alleged murder],” said Jim Phillips, a senior research fellow at The Heritage Foundation.

But military support to the Kingdom was already a point of fierce debate on Capitol Hill before Khashoggi’s disappearance. Lawmakers from both sides of the aisle have expressed discomfort with the number of civilian deaths in the U.S.-backed Saudi campaign in Yemen, where a Saudi airstrike using a U.S.-purchased bomb killed 40 schoolchildren in August.

Both Republican and Democratic lawmakers are pressing the administration on a State Department certification that Saudi Arabia and the UAE are doing enough to curtail civilian deaths. Congress demanded the certification, from Pompeo, to allow the U.S. to continue to provide military support assistance to the Saudi coalition.

Within the administration, officials have debated whether the U.S. should offer more targeting and intelligence support to the Saudi coalition, or less, to help reduce civilian deaths.

“We believe that the more we assist them with targeting and intelligence that limits civilian casualties, the better chance they have of actually limiting them,” a senior administration official told reporters last month.

Senate Foreign Relations chairman Bob Corker, R-Tenn., who is retiring at the end of this term, told reporters on Thursday that he warned an unnamed defense contractor not to try to advance any more sales to the Kingdom—even before the news of Khashoggi’s alleged murder.

“I shared with him before this happened, please do not push to have any arms sales brought up right now because they will not pass. It will not happen. With [the Khashoggi investigation] I can assure it won’t happen for a while,” Corker said.

Perhaps most worryingly for the Trump administration, the Senate last year took up part of the $110 billion dollar deal with Riyadh in a resolution that was defeated by just a handful of votes. Several of the lawmakers who voted against blocking the sale — both Republicans and Democrats — told Politico last week that the alleged Khashoggi murder could change their minds.

The congressional politics surrounding Saudi Arabia do not always cut along partisan lines — the super-majority vote in 2016 to override President Obama’s veto of a bill allowing victims of 9/11 to sue the Kingdom is one example.

But the midterm elections in November could shift the chess board. While Republicans are deemed more likely to keep the Senate, the House could flip to Democratic control — raising the spectre that at least one chamber could vote to curtail sales.

“Congress has a mixed record on foreign policy in general because Congress has many different foreign policies,” Phillips said. “It’s hard to get agreement on a single policy and that has hurt it in terms of threatening sanctions against states that import U.S. weapons.

“I’m not sure Congress is going to be able to deliver on the threats that some members have made.”

Khashoggi has not yet officially been declared dead and an investigation is ongoing. 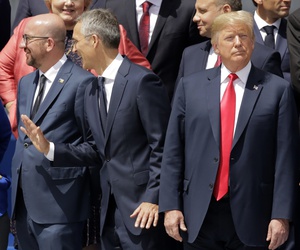 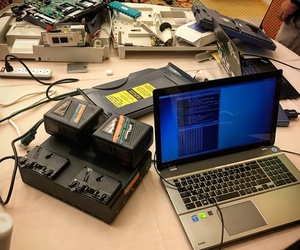 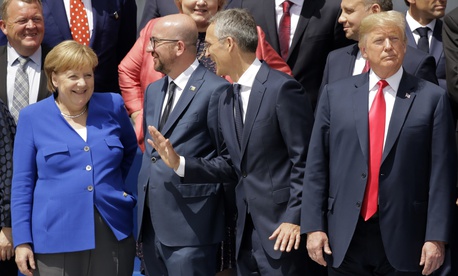 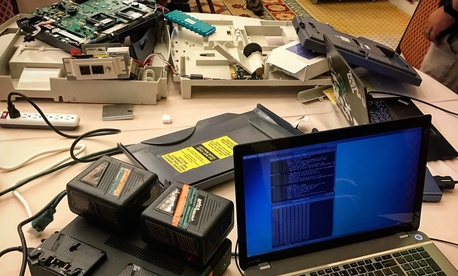