Perspecta's View: Six Steps for DES to Capture Innovation
Skip to Content
Get all our news and commentary in your inbox at 6 a.m. ET.
Ideas
Kunduz, War Crimes, and the Real Laws of War

The U.S. should embrace an independent investigation of the tragic Afghanistan hospital strike to shed light—and facts—on the laws of war. 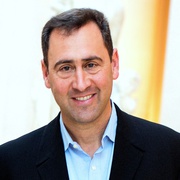 A devastating attack by the U.S. military on a hospital in Kunduz, Afghanistan, run by Médecins Sans Frontières earlier this month made headlines around the world. Confused, contradictory and sometimes mistaken statements by officials continued to make news, until the U.S. took responsibility for what occurred.

Almost immediately after the attack, Médecins Sans Frontières officials claimed that what occurred was a “war crime.” Yet this claim occurred – as do most popularly presented claims of war crimes – within a context in which the general public remains sadly uninformed about the basic tenets of the laws of war and the ways in which these rules are applied by U.S. forces and other players within the international community. A full independent investigation is needed, not only to better understand the decision-making processes that resulted in the tragic attack, but also to explain key elements of the laws of war. It would also provide an opportunity for U.S. military and civilian leaders to highlight their serious commitment towards limiting the use of force in accordance with this body of rules and regulations.

Here is what we know happened: The hospital was opened in 2011 by the Nobel Peace Prize-winning organization and was the only trauma center of its kind in the region. Its location and use were well-known to the U.S. military, NATO forces, Afghan security forces and the local population. Nevertheless, on Oct. 3, the medical facility was subjected to a sustained air attack, lasting over half an hour. While many specifics of what occurred are not yet public, the AC-130 gunship used in the attack carries rapid-fire cannons, a howitzer, as well as missiles and bombs, all known to be particularly accurate. The plane is part of a U.S. military orientation towards using precision munitions which when coupled with on-the-ground guidance should ensure accurate targeting. When it was over, 22 staff and patients were dead and 37 were wounded.

Medical facilities and medical personnel are protected under international law. Because of this, some suggested that what occurred represented the very definition of a war crime. Others argued that what mattered was the intent of those involved in the attack, suggesting an accidental targeting of the hospital would not constitute a war crime. Yet, neither of these positions is correct.

There are, in fact, contexts in which a hospital can be attacked, such as if the site is controlled and occupied by those that can be legally targeted, like Taliban combatants. Similarly, while intent is an element of many war crimes, in a case of targeting, the failure to engage in adequate measures to protect civilians can constitute a violation of the law even where there was no intent to cause harm. So, if those responsible for selecting the Kunduz hospital as a target did so without carefully considering the potential for civilian casualties and harm, they may have broken existing U.S. military rules and may be criminally liable for their actions.

What seems missing from much of the public debate is an adequate awareness of the fact that the U.S. military takes the laws of war quite seriously. In their parlance, it is called the Law of Armed Conflict, or LOAC. Missions are planned based on the review of core elements of LOAC – including the principles of distinction, proportionality and necessity – with many targeting decisions made with the assistance of specially trained lawyers. It is common for potential attacks to be cancelled to avoid civilian harm. An array of specific decisions are made based on adherence to LOAC obligations, including avoiding certain sites, adjusting tactics, selecting less destructive munitions, and instituting multiple other limitations on the use of force.

However, these processes go largely unrecognized by the public, often because questions regarding the legality of using force are entwined with larger concerns about the legitimacy and efficacy of overall U.S. strategy. In this way, critical reviews of U.S. foreign policy– whether for the invasion, occupation, and aggressive multi-year military presence in Iraq or for actions in Afghanistan – are confused with questions regarding whether or not the U.S. complies with the laws of war. Yet, these issues are distinct, both as elements of law and towards understanding the relationship between the laws of war and the tragedy of civilian suffering.

So, at the same time as the post-9/11 conflicts have led to devastating civilian consequences in Afghanistan (over 26,000 killed) and Iraq (at least 150,000 killed, over 4 million displaced), the U.S. military has taken seriously its legal commitment to protecting civilians in its operations. This is not to suggest that there have been no LOAC violations by U.S. forces. To the contrary, there are ample examples of such acts, some of which have been appropriately addressed through investigations and prosecutions. Yet, the key point is that U.S. adherence to LOAC is not the same as the broad-based impact of nearly a decade and a half of major foreign military operations. Recognizing this distinction would significantly improve public understanding and debate on how to address allegations of war crimes in Afghanistan and elsewhere.

The U.S. should embrace and support an impartial, independent international investigation of the attack on the Kunduz hospital, whether by the International Humanitarian Fact-Finding Commission (a never-before mobilized body established by the First Additional Protocol to the Geneva Conventions, to which the U.S. is not a party) or by another body.

While many in the U.S. government recognize the severity of the attack – President Barack Obama publicly apologized – the issue goes beyond this specific tragedy. To date, the U.S. has done a very poor job of communicating its adherence to the laws of war even as it invests significant resources to uphold its legal obligations in ways that impact actual missions every day. While there are significant and important differences in interpretation of key aspects of the laws of war between the U.S. and international agencies, there is also a high level of commonality and shared commitment to most elements of the laws of war, especially to the principle of protecting civilians. One concrete way to address this situation would be for the U.S. military to cooperate openly and fully with an independent investigation of the attack, not as a public relations measure, but as a clear expression of the seriousness of its commitment to the rule of law.

NEXT STORY: Why It Matters That Carter Says Iraq Raid Isn't Combat, Then Says It Is