In this Feb. 2, 2016 photo, a detainee is seen in the communal area inside Camp 6 in the U.S. detention center at Guantanamo Bay, Cuba.

All are men, and most have not been charged with any crimes.

On January 20, 2016, Mohammed Ali Abdullah Bwazir stood with shackles on his ankles, wrists, and waist at the bottom of a ramp leading up to a U.S. Air Force cargo plane. The plane was going to take him, along with two other Guantanamo Bay prisoners, to an undisclosed southern European nation. Bwazir, who is either 35 or 36 and is from Yemen, had been cleared for release after spending 14 years in the U.S. prison in Cuba.

He refused to get on the plane.

“He wasn’t angry. He wasn’t acting out. He was very calm,” Army Colonel David Heath, the Guantanamo prison warden, later recalled to Carol Rosenberg, the Miami Herald reporter who has been covering the prison since it first opened. Bwazir’s lawyer, John Chandler, told The New York Times the man was depressed and feared living in a country where he had no family. Bwazir wanted to go to Saudi Arabia, the United Arab Emirates, or Indonesia, where he has a mother, brothers, uncles, and aunts. Faced instead with a new life in Europe, he chose to return to his cell.

Bwazir’s case highlights the complexities of emptying the prison opened after 9/11 to house dangerous terrorism suspects. The potential release of its captives carries a host of legal, political, and diplomatic implications. They illustrate why two presidents have been unsuccessful in closing the detention camp at Guantanamo Bay, despite criticism of the treatment, including waterboarding, that some of the inmates underwent.

Most have not been charged with any crimes, according to a comprehensive database maintained by The New York Times. All are men, mostly in their 30s and 40s. The youngest is about 30 or 31; the oldest is 68. Most have been there for more than 13 or 14 years. Some have gone on hunger strikes and were force-fed with liquid nutrients through nasal tubes.

For the definitive look at how we got to this thorny legal thicket, re-read Defense One’s “Beyond Guantanamo” from last summer.

The inmates come from 17 countries and the Palestinian territories. The majority of inmates—43—are from Yemen. Eight are from Afghanistan, and six each from Saudi Arabia and Pakistan. The rest are from Tajikistan, Tunisia, Iraq, Algeria, Indonesia, Kenya, Libya, Malaysia, Mauritania, Morocco, Russia, and Somalia. One inmate’s native country is unknown.

At least 26 inmates, including Bwazir, have been cleared for release; a review board system President Obama created by executive order in 2011 has determined they no longer pose a security threat to the United States. This week, the board cleared for release Salem Ahmed Hadi, a suspected jihadist who left Yemen for Afghanistan before 9/11 and arrived at Guantanamo in its second week of existence. It was his fifth time before the board, which had previously rejected releasing him.

At least 43 inmates are being held indefinitely and have not been recommended for release by the review boards. These indefinite detainees are known as the “forever prisoners,” the captives deemed too dangerous to release but who have not been charged with any crimes. Indefinite detention without trial is illegal under the Geneva Conventions, but the Bush administration argued that international laws did not apply to the “unlawful enemy combatants” who were taken to Guantanamo.

Seven inmates have been charged with war crimes in Guantanamo’s military commissions, the judicial system set up by the Bush administration and tweaked by the Obama administration. They include Khalid Sheik Mohammed, the alleged organizer of the 9/11 terrorist attacks, and his four alleged co-conspirators. The others are Abd al Rahim al-Nashiri, a Saudi detainee charged for allegedly organizing the bombing of a U.S. Navy destroyer in Yemen in 2000 that killed 17 sailors, and Abd al Hadi al Iraqi, an Iraqi detainee who allegedly led al-Qaeda’s military operations from 2002 to 2004.

Three inmates have been convicted of war crimes, but the conviction of one was overturned on appeal. Majid Khan, a Pakistani native who once lived in Baltimore, pleaded guilty to war crimes in 2012, acknowledging he returned to Pakistan after 9/11 to work for Khalid Sheik Mohammed. Ahmed Muhammed Haza al-Darbi, a Saudi citizen, pleaded guilty in 2014 over the 2002 al-Qaeda attack on a French oil tanker off the coast of Yemen. Ali Hamza Ahmad Suliman al-Bahlul, a Saudi citizen accused of being Osama bin Laden’s “media secretary,” was convicted in 2008 of conspiracy, terrorism-related charges, and other charges. The D.C. Circuit Court of Appeals overturned his conviction in 2013, saying the crimes of which he was convicted were not recognized as war crimes at the time he committed them.

The White House’s push to shutter Guantanamo for good began a decade ago. In May 2006, President George W. Bush said he wanted to close the detention center. Two years later, Obama made the closure of the prison one of his campaign promises. In his first days in office, Obama issued an executive order to close the prison within a year. He has since vowed to shut it down before he leaves office.

The Bush administration released about 540 detainees without charge. The Obama administration has released 158. Detainees have gone to countries willing to accept them, 58 nations in all, according to the Times database. Afghanistan and Saudi Arabia have accepted the most at 203 and 134, respectively. Pakistan has accepted 63. Five Taliban detainees were released in the swap that freed Army Sergeant Bowe Bergdahl from five years of captivity in Afghanistan and Pakistan. Nations on six continents have accepted Guantanamo’s prisoners. Nine have died in the camp, five of them by suicide, according to U.S. officials.

Detainees do not choose where they are released. “We’re not a travel agency,” Lee Wolosky, the State Department’s special envoy for the Guantanamo closure, told the Herald’s Rosenberg, after Bwazir asked to be taken back to his cell earlier this year. “We’re not here to fulfill every wish and desire of a resettlee.” The U.S. no longer transfers detainees to Yemen because of the worsening political and security climates and an active a-Qaeda affiliate in the country. U.S. law restricts transfers to countries whose security situations are considered unstable, including Libya, Syria, Yemen and Somalia. In February, Saudi Arabia agreed to accept non-citizens from Guantanamo for the first time.

Since 2009, Obama has sought to transfer detainees to detention facilities in the U.S. But congressional Republicans have repeatedly blocked those attempts, passing legislation that prohibits the use of government funds to transfer prisoners to American soil and the construction of facilities to house them. Only two detainees have been transferred to the United States: Yaser Esam Hamdi, in April 2002, and Ahmed Khalfan Ghailani in June 2009. Hamdi, who is a citizen of both the U.S. and Saudi Arabia and was born in Louisiana, was held at a naval brig in Charleston, South Carolina, until October 2004 when he was repatriated to Saudi Arabia. Ghailani, a Tanzanian, was transferred to the U.S. in 2009 and remains at the federal super-maximum security prison in Fremont, Colorado.

In February, the administration, in a final proposal to Congress for Guantanamo’s closure, proposed sending detainees to 13 potential sites on U.S. soil but did not identify the facilities. Last year, Pentagon officials surveyed potential candidates, visiting federal prisons in Fort Leavenworth, Kansas, and Charleston, South Carolina, as well as state and federal facilities in Florence, Colorado.

Opponents of closing Guantanamo argue detainees return to terrorist activity when released. Top Republican lawmakers and foreign-policy hawks, including Senators John McCain and Lindsey Graham, say 30 percent of freed detainees become terrorists. Bu Congress-mandated reports from the administration’s intelligence officials show the rate of confirmed recidivism is about 17 percent. Obama has said Guantanamo serves as a “recruiting tool” for other extremist militant groups, like the Islamic State, but experts who study jihadist propaganda say the camp is not featured prominently in jihadist materials.

The first 20 prisoners of Guantanamo Bay arrived in Cuba on January 11, 2002. In the short months after Bush declared a war on terrorism, the U.S. military had captured 45 fighters from al-Qaeda and the Taliban in the Middle East, and it needed a place to put them. Officials ruled out Guam after its citizens raised concerns about the presence of terrorism suspects, and settled on the U.S. naval base on Cuba’s southeastern tip—“the least worst place we could have selected,” as former U.S. Secretary of Defense Donald Rumsfeld once described it. Back then, the base was capable of housing 100 detainees, and the first captives were held in the steel-and-wire cages as the detention center was expanded.

More than a decade later, the sprawling camp has enough facilities to house hundreds of prisoners. Military personnel vastly outnumber captives. The annual cost to taxpayers of maintaining the camp was $454 million in 2013.

The last known arrival to the prison was Muhammed Rahim al-Afghani in 2008, an Afghan described as a high-level al-Qaeda operative. The latest release was in April of this year, when nine Yemeni prisoners were transferred to Saudi Arabia.

In 2013, Rosenberg, the Herald reporter, told Poynter she was assigned to report the Guantanamo story “start to finish.” She doesn’t expect Obama to meet his self-imposed deadline. “I thought it would be closed when Obama was elected, but as it stands, it could be that we will just be waiting for the last guy to die before it closes,” she said. 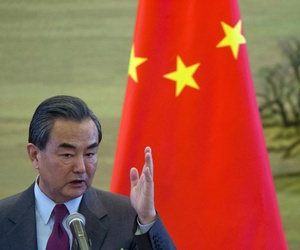 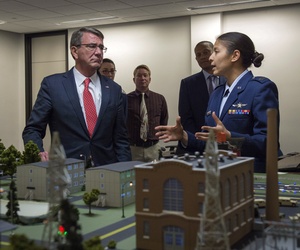 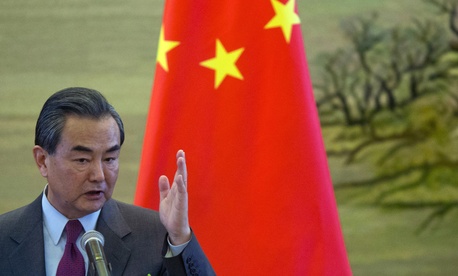 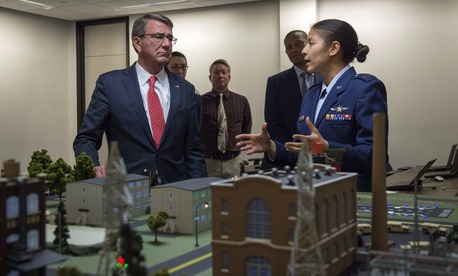