Soldiers from the 1st Battalion sleep outdoors at Sadr City on March 31.

New brain research is yielding promising returns for wounded veterans coping with traumatic war experiences. But it's raising some ethical questions, too. By Cari Romm

Before he lost the ability to sleep through the night; before the panic attacks started; before he drove his truck over an improvised explosive device, leaving him with traumatic brain injury; before a second roadside bomb did the same thing a few weeks later—before all of that, on the U.S. military base near Kandahar, Afghanistan, soldier Kevin Martin liked to think about the science-fiction movie Inception.

“My friends and I used to joke during our time in Afghanistan that we were going to take all the money we had and pay someone to Incept us,” he says—referencing the film’s premise of implanting or extracting information from a person’s mind as they sleep—“so that we could put a cooler, not-as-bad memory of Afghanistan in our brains and go on with the rest of our lives.”

Thus far, no such treatment exists for Martin, 23, who returned to the U.S. in 2012 and was diagnosed with post-traumatic stress disorder earlier this year. Now a sophomore at Trinity College, he’s considered 30 percent disabled by the Department of Veterans Affairs for his PTSD (he’s also 10 percent disabled for an unrelated shoulder injury) and takes prescription anti-anxiety medication to ease his symptoms.

But researchers have begun to investigate a possible treatment similar to the one Martin imagined: A paper recently published in the journal Biological Psychiatry argues that it may be possible to treat PTSD by altering patients’ memories.

The paper reviews a growing body of scientific literature on memory reconsolidation, a relatively new (and, in humans, still somewhat contentious) concept in which old information is called to mind, modified with the help of drugs or behavioral interventions, and then re-stored with new information incorporated—like a piece of metal that’s been melted down, remolded, and left to harden into a different shape.

Though different types of memories are solidified in different ways—the fear-driven memory of driving over a bomb, for example, will make its way through the brain differently than a mundane memory of yesterday’s breakfast—there are general neurological processes that all memories follow.

“In memory research, we talk about three parts,” explains Ken Paller, director of the cognitive neuroscience program at Northwestern University. “The first part is the acquisition or coding of a memory,” in which our brains process the information our senses are sending, “and the last part is retrieving a memory. And in between, we talk about consolidation,” the process by which sensory information—a sight, a taste—solidifies into fully-formed memories to be stored for the long term.

Typically, the more often memories are recalled, the stronger they become. “If you’re trying to memorize something in a book, you sit there and repeat it over and over,” explains Wendy Suzuki, a researcher at New York University’s Center for Neural Science. “That’s also an example of how things get consolidated. You repeat [them] over and over.”

But with reconsolidation, the researchers explain, consciously recalling a memory is also what allows it to be manipulated. “[Memories] are not necessarily fixed but can be changed long after storage,” they write. “Seemingly stable memories may re-enter an unstable state when they are retrieved, from which they must be re-stabilized … During reconsolidation, memories are susceptible to modification again.”

One way is by distracting the brain as it recalls, or “activates,” memories: People who were asked to memorize two separate lists of objects, for example, did worse on the second list after they were reminded of content from the first, while people who were asked to memorize a folk tale before recalling autobiographical events described their memories in less detail than those who had not seen the story.

Perhaps more compelling for the treatment of PTSD, though, are the experiments that involve tampering with fear-driven memories using pharmaceuticals. In one study, published in Nature Neuroscience, volunteers were stimulated to generate fear memories after being subjected to loud noises and images of spiders; later on, one group was given propranolol (a beta-blocker used to slow heartbeat and sometimes used in the treatment of anxiety disorders) before being made to recall the fearful experience, while the other was given placebo pills. When the two groups were again reminded of the memory days after the experiment began, those who had taken the propranolol showed markedly less fear than those who had not.

A study from the journal Psychneuroendocrinology found a similar effect with propranolol in subjects who were asked to imagine a fearsome event that hadn’t actually happened—when they were made to recall the imagined scenario, the chemical eased their response much as it had done in experiments with real fear memories. (People with PTSD, it bears noting, can exhibit symptoms of the disorder even if it was someone close to them who actually experienced the trauma; journalists frequently exposed to violent images can develop PTSD even from the safety of their newsrooms.)

Compared to Martin’s hypothetical Inception scenario, the types of modification discussed in the research review are decidedly less dramatic. Based on the studies presented, reconsolidation appears to be much less heavy-handed than its science-fiction analogue—a lessening of the emotions associated with the memory or the dulling of its details, rather than the total mental eradication of an event or the creation of a new one from scratch.

But still, the idea of reconsolidation broaches new territory for possible relief from PTSD, which affects an estimated 7 to 8 percent of Americans, by addressing its root cause rather than its symptoms. Cognitive processing therapy and exposure therapy, two common behavioral treatments, focus on coping skills and controlling fear, and according to the National Institutes of Mental Health, only two medications—the antidepressants Zoloft and Paxil—are currently approved by the U.S. Food and Drug Administration explicitly for the treatment of PTSD, though other antidepressants and anti-anxiety medications are often prescribed to treat the emotional effects characteristic of the condition.

Some psychologists, however, remain skeptical that this particular area of memory research is the answer.

Despite the findings of some of the studies addressed in the Biological Psychiatry review, the bulk of the research on reconsolidation thus far has involved lab animals rather than humans, explains Paul Reber, director of Northwestern University’s Brain, Behavior, and Cognition program—and mapping rodent brains doesn’t provide adequate insight to the intricate, messy workings of human memory, where something as seemingly inconsequential as a smell or a snippet of music can pull forward a rush of emotions from events past.

“In animal studies, you have the greatest control over the neural systems, but you don’t have any access to the subjective experience of memory,” he says. “So you can build models of things you think might be related to what humans experience with PTSD, but you don’t really know how they’re connected.”

Paller, too, questions the faith that some have placed in reconsolidation, arguing that it stems from an oversimplified understanding of the way that memories are processed in the first place. Rather than something that must be de-stabilized in order to change, a memory is a constantly shifting entity, continually updated with new context even when it isn’t being consciously recalled.

“It’s a lot different than when you put some information in your computer and just expect to get that out in the same form,” he explains. “If you learn something on a Wednesday and you learn new information the next day, that can change the memory that you stored. So every time that we learn something, subsequent events can color it differently.”

”The more sophisticated view of consolidation is, [it] can strengthen a memory, but it doesn’t reach a permanent stage ever,” he says.

Whether or not reconsolidation is a viable possibility for PTSD treatment may still be up for debate; whether or not it should be a possibility, though, is another question altogether.

Slippery philosophical quandaries abound: Does the act of taking a pill to change memory require different ethical considerations than something like psychotherapy or hypnotism? Could it pave the way for more ominous applications? And is the altering of memories a humane way of helping those who suffer, or is it some fundamental violation of what makes humans, well, human?

But on the flip side, if some people are biologically predisposed to PTSD, wouldn’t this be a way of leveling the playing field, of helping people unlucky enough to become victims of their bodies’ own chemistry?

As the body of existing reconsolidation research expands—and as soldiers continue to return home burdened by the trauma of their experiences—it’s an issue that those who study the brain are likely to grapple with more and more often.

“I was at a conference not that long ago where the idea was brought up,” Reber says, “and it led to a lot of animated discussion: If you could edit your own memories, are there any memories you’d want to get rid of? If you have a memory of a painful event, do you lose some part of yourself if you get rid of it? Would that be worth the trade?”

“Obviously,” he adds, “it’s not a simple question.” 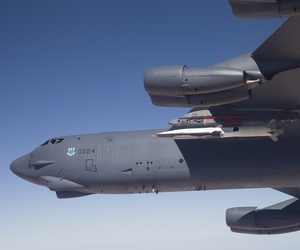 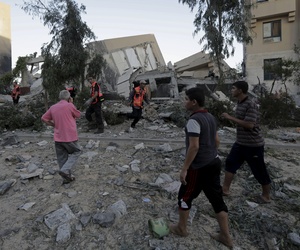 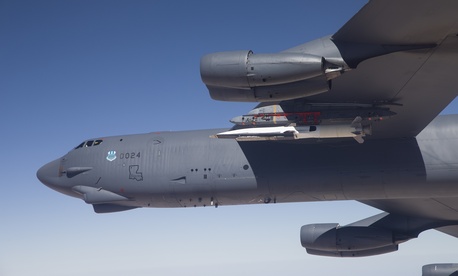 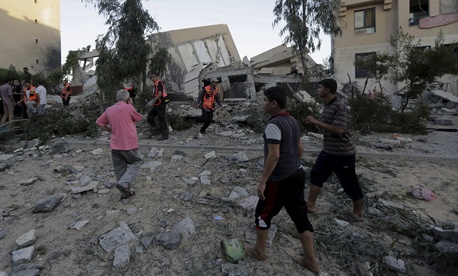