Iraqi army soldiers deploy in front of a court run by the Islamic State group after a military operation to regain control of the town of Sadiyah in Diyala province, 60 miles north of Baghdad, Iraq.

A little-noticed conference in Mecca on 'Islam and Counterterrorism' offers a counterpoint to the Obama administration's narrative on how to defeat ISIS.

President Obama isn’t alone in grappling with how best to counter ISIS and its brand of Islamic extremism—and convening summits for just that purpose. Earlier this week, the Muslim World League, a Saudi-backed alliance of Islamic NGOs, wrapped up a little-noticed three-day conference in Mecca on “Islam and Counterterrorism.” With the patronage of Saudi Arabia’s newly minted King Salman bin Abdulaziz and a keynote address by Sheikh Ahmed al-Tayeb, the grand imam of Sunni Islam’s most prestigious university, al-Azhar in Egypt, the program sought to address the nature of terrorism, its relationship to Islam, and what the Muslim community can do to prevent its members from becoming radicalized. The proceedings offered a counterpoint to the U.S. government’s narrative about the nature of the Islamic State and how to confront the group.

Obama has been criticized recently for attempting to delink ISIS (or ISIL, as he would put it) and other terrorist groups from Islam. The president has been sounding this note since the fall, when he insisted, “ISIL is not Islamic.” And there’s reason behind his rhetoric. Obama is seeking to combat rising Islamophobia in many parts of the world, assure Muslims that the United States is not at war with Islam, and fight a war against a barbarous terrorist organization that seeks its legitimacy through Islamic theology. Earlier this month, the White House and State Department hosted a Summit on Countering Violent Extremism (CVE), during which the president once again insisted, “We are at war with people who have perverted Islam,” and “No religion is responsible for terrorism. People are responsible for violence and terrorism.” The president hasn’t gone so far as to deny any connection between terrorism and Islam, but he tends to acknowledge the link by noting how ISIS and similar groups exploit Islam to justify violence while their true motivations are wholly distinct from their faith.

At the conference in Mecca, by contrast, speakers seem to have been less certain that Islamist terror can be divorced from Islam. Some statements did echo those made by the White House. According to a translation by the Muslim World League, al-Tayeb argued, “The violence and terrorism … of these groups are strange to Islam. They have nothing to do with our creed, Sharia, ethic, history, and civilization.” And much as Obama sought to expand the discussion of violent extremism to include examples like the Oklahoma City bombing and the attack against a Sikh temple in Wisconsin, participants at the Mecca conference similarly argued that terrorism is associated with no one religion,remarking that “if a Muslim … commits an act of terror, it is linked to Islam. But if the same terror act is committed by a Christian, Jew, Hindu, or Buddhist, it is seldom linked to the perpetrator’s religion,” according to a report by the Saudi Gazette.

At other times, though, speakers asserted that ISIS could not be disassociated from Islam. After discounting poverty, social marginalization, and incarceration as the primary causes of radicalization, al-Tayeb said that in his opinion, “the most prominent” source of radicalization among Muslims is the “historical accumulations of extremism and militancy in our heritage.” Abdullah bin Abdelmohsin al-Turki, secretary-general of the Muslim World League, was even blunter: “The terrorism that we face within the Muslim Ummah and our own homelands today … is religiously motivated. It has been founded on extremism, and the misconception of some distorted Sharia concept.” King Salman’s speech referred to the phenomenon of “Islamized terrorism,” and the program for the conference explicitly stated that “our own children” are responsible for extremist violence.

According to Will McCants, director of the Project on U.S. Relations with the Islamic World at the Brookings Institution, there’s a logic behind the divergence in messaging from Washington and Mecca. “This conversation can’t really happen in the U.S., or in the West, because the [Obama] administration is determined not to frame this [conflict] or have it be interpreted as a religious war,” he told me. “It wants to take that talking point away from its enemies.” McCants added that Muslim leaders may also feel more comfortable speaking openly about an issue that is afflicting their own community. When the U.S. tries to adjudicate theological issues, he said, “it can discredit the people who reach the same conclusions we do. If Muslims and the U.S. government say these guys don’t represent Islam, it makes the Muslims look like pawns of the United States.”

The priorities of the CVE and Muslim World League summits were also distinct. The impetus for the conference in Mecca appears to have been the Saudi government’s belief that Islamist terrorism represents not only a threat to the security of the region, but also an existential threat to Islam itself. It would therefore have been impossible for the speakers to ignore ISIS’s Islamic roots. The conference’s organizers cast their mission as developing a coordinated campaign to promote a moderate, peaceful vision of Islam that disavows the violence and apostasy that ISIS thrives on. The program, above all, emphasized that this is a specifically Muslim issue, and placed the onus on the Muslim community to craft a narrative that overpowers the Islamic State’s.

In comparison, the CVE summit was more concerned with addressing radicalization in all its forms, and emphasized the economic and social conditions in which people tend to become radicalized. The agenda also had a largely domestic focus despite the United States being low on the list of countries contributing foreign fighters to jihadist groups in Syria and Iraq.

But whether ISIS’s deeds are labeled “violent extremism” or “Islamized terrorism,” the conversations in Washington and Mecca had at least one thing in common: They deepened the debate over whether ISIS and its fellow travelers are “Islamic,” and whether the answer matters in the first place. That debate is not just academic. It has real consequences for how the Islamic State’s opponents mount their counteroffensive. 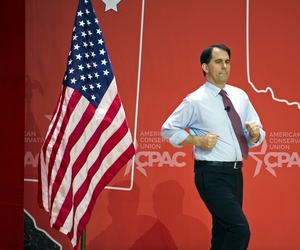 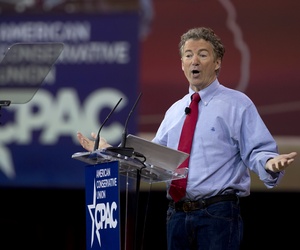 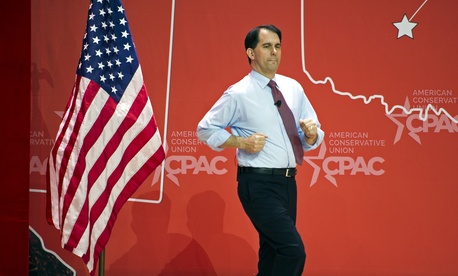 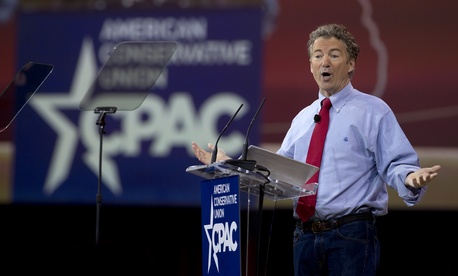