Demonstrators march after the mosque attacks in New Zealand, during a protest in Istanbul, Friday, March 15, 2019.

Their enemies are different, but their tactics are often the same.

Their enemies are different, but their grievances and methods can look strikingly similar. The suspected gunman charged with killing 49 people at a mosque in New Zealand on Friday was a white nationalist, bent on killing Muslims. But in many respects he’s not so different from the jihadists who have conducted similar mass shootings on behalf of violent Islamist groups.

Terrorists across ideologies and decades have craved attention and tended to see themselves and their identity groups as persecuted and needing protection. The 21st-century twist is the use of newer communications technology to mobilize followers, spread propaganda, and incite attacks. And from the perspective of the societies attacked by terrorists, the recurring and awful problem is that it’s impossible ever to be completely safe.

Common to terrorist groups across decades and political context is the theater of violence, what the 19th-century anarchist terrorists thought of as “propaganda by deed.” Violence is part of the point, but only part of it. The left- and right-wing terrorist groups of Europe during the Cold War often aimed their attacks at property, rather than people, and would even sometimes call in warnings ahead of time to avoid killing people. Back in 1975, the scholar Brian Michael Jenkins observed that “terrorists want a lot of people watching, not a lot of people dead.”

Militant Islamist fighters and white supremacist attackers of more recent vintage do often want a lot of people dead, but even then, the aim is never just to kill someone. It is to say something.

The al-Qaeda attacks of September 11th killed nearly 3,000 people, and Osama bin Laden had the explicit aim of drawing the United States into wars overseas to exhaust itself. The killer in the ISIS beheading video of the journalist James Foley addressed president Barack Obama directly, demanding an end to one of those very wars, in Iraq. The suspected New Zealand killer, like white supremacist mass killers before him, invoked the far-right trope of an “invasion” of immigrants overwhelming the white race, declaring online his intent to take revenge and “agitate the political enemies of my people into action” so that they experience a backlash.

“A belief in the power of the mass killing now really taking hold for all types of terrorists,” Alexander Meleagrou-Hitchens, the research director of the Program on Extremism at George Washington University, wrote in an email. “The number of people killed now becoming as important as the symbolic nature of the target.” He noted that the suspected New Zealand killer’s manifesto calls media attention merely a “bonus” with the attack as an “end in itself.” Yet the fact of his posting a manifesto at all testifies to the political statement the attacker is making.

The sense of threat to whatever identity group the attacker claims as his or her own is another common theme For jihadists of al-Qaeda, ISIS, and similar groups, it is the conspiracy theory that the West is waging a deliberate campaign to exterminate Muslims, a notion popularized by the theorist and intellectual father of al-Qaeda Abdullah Azzam in his book The Defense of Muslim Territories. For white supremacists like the suspected New Zealand shooter—and white supremacist shooters before him in Charleston and Pittsburgh—the conspiracy theory is the exact mirror image: The campaign is one of so-called “white genocide,” a purported campaign to eliminate the white race through immigration.

A third and a newer phenomenon is the use, and weaponization, of social media. The killer in New Zealand reportedly livestreamed the attack online. He posted a 74-page manifesto and ranted on a message board. He follows in the footsteps of white supremacists Anders Breivik, who killed more than 70 people in Norway in 2011, and Dylann Roof, who gunned down nine worshipers in a Charleston, South Carolina church in 2015. Both of those previous shooters also posted internet manifestoes expounding on similar themes—indeed, the suspected New Zealand shooter cites Breivik directly as inspiration.

“He and other terrorists of various stripes see themselves as acting to protect their group when few others are willing to do so, partly in the hope that their actions can provide inspiration for others to do the same—just as Breivik inspired him,” Meleagrou-Hitchens wrote.

But terrorist propaganda comes in many forms on the internet; the Islamic State was famed for its “slick” videos glorifying violence; it used social media to recruit followers, and more actively to help incite and even coordinate attacks; and individual attackers like the Orlando shooter posted pledges of allegiance to the group online.

The global white supremacist movement looks more atomized and diffuse than the jihadist movement, even as its adherents communicate with each other and sound similar themes. There is no “core territory” of white supremacy, as Afghanistan and Pakistan were for al-Qaeda in the 1990s and 2000s, or Iraq and Syria have been for ISIS up to today. This also means there is no military target to attack, the way French bombers pounded the de facto ISIS capital of Raqqa, Syria following the Paris attacks.

Yet even here there are similarities. In the United States, for example, most of the plots attributed to ISIS have had no physical connection to the “caliphate” in Iraq and Syria; indictment data collected by the Program on Extremism shows that the majority of those prosecuted for ISIS-related crimes in the U.S. were homegrown, American citizens or permanent residents, who never traveled or even tried to travel to the Islamic “State” itself. No bombing of Syria was ever going to touch them directly. What “worked” to retaliate in those cases was law enforcement, the same way it’s the New Zealand police who have now apprehended suspects believed to be involved in the mosque attack.

The common challenge, however, is that there’s often no telling who is a threat until an attack has already taken place. In the United States since 9/11, enormous law-enforcement resources have been devoted to tracking and trying to disrupt domestic jihadist plots. A recent New York Times investigation foundthat those resources far outstripped those devoted to tracking the problem of white-supremacist violence in the United States, which by some measures has been even more virulent than the jihadist threat when it comes to terrorist attacks on U.S. soil since 9/11. The news media’s focus, too, tends to be on attacks by Muslims—one recent study examining 136 terrorist attacks over a decade found that such attacks got three times more coverage than attacks of any other kind.

Common to all of these attackers, in the end, is the lives they destroy and the grieving loved ones they leave behind. Their political motivations, their online habits, their conspiracy theories, can’t ever fully explain a violence so fundamentally senseless, and a community loss so fundamentally cruel. 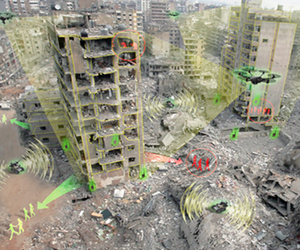 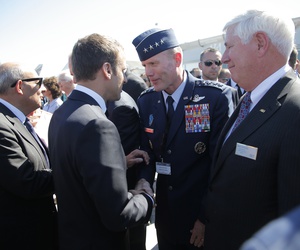 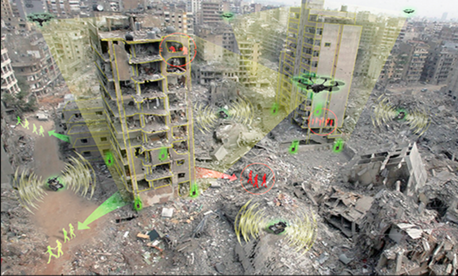 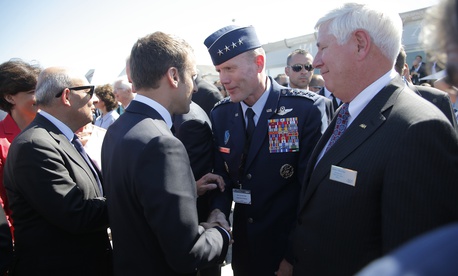