Kentucky Republican Senator Rand Paul just stood (*irony alert*) for a measly 10-plus hours last night in his attempt to filibuster an extension of the NSA’s stateside bulk metadata collection. Almost immediately afterward, the Senate adjourned—making a procedural vote on the decision unlikely until at least Saturday, The Hill’s Jordain Carney reported late last night.
The Justice Department, meantime, told the agency yesterday to begin shuttering its domestic surveillance program as early as Friday, as National Journal’s Dustin Volz wrote after getting his hands on the memo.

Climate change is an “indisputable” national security threat, President Barack Obama told 218 graduates at a Coast Guard commencement ceremony in Connecticut yesterday, the AP’s Nancy Benac reported from the U.S. Coast Guard Academy in New London. But with a GOP-controlled Congress, Hell is apt to freeze over before any prompt traction is made on the issue, as the New York Times’ Julie Hirschfeld Davis writes.

In Iraq, “Everybody is focused like a laser on Anbar right now,” the Wall Street Journal’s Felicia Schwartz and Julian Barnes report. In other words, forget Mosul—Ramadi is a fast-growing distraction for an Obama administration desperate to regain momentum in an Iraq war the White House has little interest in “owning,” as Susan Rice said Tuesday.
The Quip-of-the-Week Coin goes to Chairman of the Joint Chiefs, Gen. Martin Dempsey, who told the WSJ yesterday that the Iraqi Security Force “was not driven out of Ramadi, they drove out of Ramadi.”
Dempsey later added: “The key to victory is not exclusively military success on the battlefield… It relates to the government of Iraq to draw the various groups back together.”
The time is now for Washington to arm Iraq’s Sunni tribesmen just like they did with the Peshmerga back in August, says Paul Scharre of the Center for a New American Security: “The argument against directly backing Sunni tribes is that strong tribal forces not beholden to the central government could exacerbate sectarian tensions. But it is the lack of such forces that has allowed ISIS to spread into Sunni-dominated areas in the first place…[failure to do so] strengthens ISIS’ hand as well as spoilers like Iran who can argue they are necessary to counter ISIS.” More on ISIS below.

Fingerprints are so 20th-century. For special operations forces conducting midnight raids in places like Pakistan or Syria, DNA is becoming the gold standard for biometric ID, thanks to copier-sized machines that do in 90 minutes what used to take an entire lab. Patrick Tucker reports from the National Defense Industrial Association’s Special Operations Forces Industry Conference in Tampa, Florida.

Few expected flying robots to become part of the Internet of Things, but now the Navy is looking for help in hack-proofing its drones.

The VA wants to do for prosthetics what DARPA’s Grand Challenge did for self-driving cars: spark a revolution.

The X-37B goes into space. It lands autonomously. It’s apparently heading back to orbit soon. That’s about all we know about the Air Force’s secret space drone.

This is what Bin Laden was reading just before he was killed. And that was the sound of a thousand nat-sec pros clicking to see whether their writings were on OBL’s nightstand.

Welcome to Thursday’s edition of The D Brief, from Ben Watson with Brad Peniston. You can subscribe here or drop us a line at the-d-brief@defenseone.com. If you want to view it in your browser, click here.

ISIS now controls half of Syria, the Britain-based Syrian Observatory for Human Rights told Reuters this morning. During their overnight siege of the ancient ruins of Palmyra, ISIS fighters reportedly killed at least 100 pro-Syrian fighters as they gained control of a military base and a prison near the historic city.
And speaking of battlefield gains and losses, the restless folks at the Institute for the Study of War just released five new maps detailing ISIS gains across Iraq and Syria. You’ll find all of them right here.
Washington has expedited the shipment of 1,000 anti-tank rockets to Iraq after more than two dozen suicide car bombs—10 of which allegedly detonated with an impact equivalent to the 1995 Oklahoma City bombing—killed scores of Iraqi troops when Ramadi fell late last week, NYT’s Eric Schmitt writes. Still, a U.S. military official tells The D Brief he’s extremely worried the rockets will be seized by ISIS and turned on U.S. helicopters.
And it’s not that outlandish considering a report this morning that a “strike team” of Apaches assaulted ISIS positions near Erbil early today, Kurdistan’s Rudaw News reports.

“The White House’s Iraq strategy is just a big bowl of wrong and incompetent leadership from Obama and the Democrats.” That’s the message anyway from GOP presidential hopefuls who ”one by one” took the stage in Iowa recently to point fingers at Obama for the rise of ISIS. However, nearly every one opted for “fiery rhetoric over specific proposals,” WaPo’s Robert Costa notes from Des Moines.
Congress took another step toward a showdown with the White House as the House Appropriations Committee’s defense subpanel passed its version of the defense spending bill, The Hill reports. Similar in aspect to the Senate version, the bill stuffs $89 billion into the “emergency” overseas contingency operations fund to keep the base budget under the $490 billion cap.
Interestingly, the military construction bills barely use the war fund. The House’s $76.6 billion version would put just over half a billion in OCO, while the Senate version being marked up today doesn’t use it at all so far, The Hill reports.
Turns out there was a surprise in the defense authorization bill passed by the Senate Armed Services Committee last week: it would overturn the 30-year-old way the military buys weapons. Sen. John McCain’s provision would strip much authority from the Pentagon and give it to the services, a move intended to reduce the time it takes to buy new weapons to just two to five years, Politico reports.
The cost of the Navy’s second Ford-class aircraft carrier is currently thought to be at least $370 million beyond its $11.5 billion Congressional cap, according to the Pentagon’s independent cost office, Bloomberg reports. This, DoDBuzz adds, “even though Navy leaders have promised the service has learned from its mistakes that led to $2 billion in cost overruns for the USS Ford.”
And Defense One’s Kedar Pavgi shares this wonky weapons brow-raiser: The son of the famed SR-71 Blackbird could be the Mach-6 bomb-dropping-and-spying machine of the future, according to Popular Science. “Aeronautical engineers at Lockheed Martin and Aerojet Rocket­dyne have been designing the SR-72 at their Skunk Works black site in California for the past several years…It could reach any location on any continent in an hour—not that you’ll see it coming.” More on that one over here

Navy Secretary Ray Mabus continued his push to ensure the Navy has enough ships for the battles 10 years from now and beyond. Speaking at the Defense One LIVE Leadership Breakfast yesterday, Mabus also defended the Navy’s approach for its future UCLASS carrier-based drone. Breaking Defense’s Sydney Freedberg, Jr., covers that angle here.
Mabus waded into other waters, too, including the types of uniforms worn by its female sailors. He defended his decision that sailors, men and women, wear the same uniform. That one from Marine Corps Times’ Meghann Myers here.
He also emphasized the importance of staying ahead of the tech curve, elaborated a bit on a major Pentagon cyber initiative, the risk of cyber threats from Russia and the Navy’s role in keeping global sea lanes open.

Meanwhile in the west African nation of Mali, French troops killed a commander of Al Qaeda in the Islamic Magreb early on the morning of May 18, France’s Defense Ministry announced yesterday. NYT’s Rukmini Callimachi has more.

And in eastern Europe, Ukraine really wants a nuclear missile shield, but NATO members aren’t motivated to make that happen today, tomorrow, or any time soon. And U.S. State Department spokeswoman Marie Harf was a bit befuddled at the idea yesterday, responding at a briefing with, “I don’t think we’re exactly sure what they’re referring to,” especially since Ukraine is not a member of NATO, and basically has no money in their coffers. The Washington Post’s Karoun Demirjian has more from Moscow.
German Chancellor Angela Merkel, too, calibrated Kiev’s anxious ambitions for accelerating their integration into the European Union this morning while also calling Russia’s re-entry into the so-called G8 ”not imaginable” until Moscow begins respecting international law.
And allegations of shady bookkeeping loom over the U.S. tech giant Cisco Systems, for their deals with Russia after a barrage of economic sanctions cut into their business. Buzzfeed’s Aram Roston and Max Seddon reported yesterday.

Ever wondered what the “FHWA” stood for on the CIA exit sign forking off the George Washington Parkway? The answer—and a simulator contained therein—is probably stranger (and possibly even more fun) than you could have guessed. Former CIA analyst Aki Peritz explains in the pages of Overt Action.

And last but not least today: the World War I Centennial Commission opens a contest for anyone interested in helping them design and construct a new memorial commemorating the Great War, just one block from the White House at Pershing Park. More info on the contest right here. 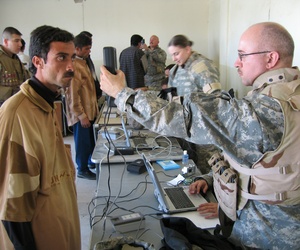 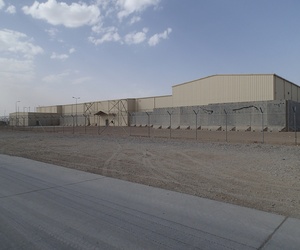 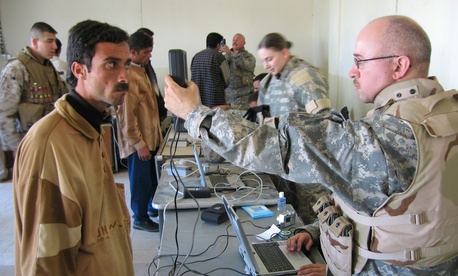 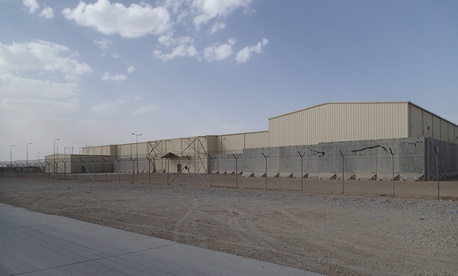