Trump “turmoil” continues in the UK. Thursday morning: “Trump reaffirmed support for NATO, but only after stirring more discord with a vague threat that the United States could go its own way if the allies resisted his demands for additional military spending, capping a summit meeting punctuated by his escalating complaints,” the New York Times reports.

That sent Pentagon chiefs into full damage-control mode, “with calls to their counterparts across Europe to reassure them that America will abide by its defense commitments in the region,” NBC reports. “One thing you need in this alliance is predictability,” one diplomatic official said.

Thursday afternoon: The U.S. president undercut the prime minister of America’s closest ally, telling The Sun newspaper that Theresa May is botching Brexit, that the U.S. may decline to negotiate a promised bilateral trade deal with the UK, and that recently resigned Foreign Minister Boris Johnson would make a good successor to her.

Friday afternoon (London time): Trump and May appeared for a joint press conference in which the president declared that NATO emerged stronger and unified from its summit, that The Sun’s reporting of his words (recorded on audio) was “fake news,” and that Russia’s invasion of Crimea was Obama’s fault.

Mattis meets Balkan defense chiefs: After the NATO summit, SecDef flew to Zagreb, Croatia. “Moscow was clearly on everyone’s mind as U.S. Defense Secretary Jim Mattis sat down on Friday in Croatia with Balkan defense chiefs who accuse Russia of trying to sow instability and division in this corner of Europe.” Reuters, here.

Trump vs. NATO: It’s Not Just About the Money // Uri Friedman, The Atlantic: The president’s emphasis on spending obscures a much deeper skepticism of alliances.

What’s at Stake at the Trump-Putin Summit // Council on Foreign Relations’ Stephen Sestanovich: Their summit will not be seen as a success without fresh approaches to issues from arms control to election tampering

The Coming Split in NATO // Reihan Salam: Trump wants our European allies to build their military strength. What will it look like if they do?

Global Business Brief // Marcus Weisgerber: What to expect at Farnborough; New data on aerospace and defense; That $10,000 toilet seat, and more.

The Pentagon Is Overhauling the Security Clearance Process // Nextgov’s Aaron Boyd: That includes a hunt for new ideas and companies to do background checks.

Welcome to this Friday edition of The D Brief  by Bradley Peniston and Ben Watson. And if you find this useful, consider forwarding it to a friend or colleague. They can subscribe here for free. On this day in 2011, the U.S. military began drawing down its 100,000 troops in Afghanistan after a two-year surge.

Austin, Texas, is reportedly the future of the U.S. Army. Citing “two people familiar with the decision” who wouldn’t give their names, Bloomberg reported Thursday the U.S. Army’s new Futures Command will be based in the capital of Texas.
The idea behind this new command: “to help the service improve its acquisition of major weapons after several high-profile failures since the early 2000s, including the RAH-66 Comanche helicopter, the Crusader self-propelled howitzer, and the costliest stumble, the Future Combat Systems program,” Bloomberg writes.
A formal announcement from the Army is expected today, the Austin American Statesman adds. “Army officials indicated they were seeking a high-tech, creative culture for the location, rather than a traditionally structured Army post.” Read on, here.
For some perspective, the Washington Post calls the new command the Army’s “biggest reorganization in 45 years.”

ICYMI: The future of the Joint Strike Fighter is now since this week we learned Marine F-35s quietly deployed Tuesday with the USS Essex Amphibious Ready Group, U.S. Naval Institute News reported Thursday. The three-ship group departed San Diego headed for the Pacific, then on to the Middle East. According to USNI, “The Marine F-35Bs aboard Essex are set to bring a drastically expanded set of capabilities to the ARG/MEU beyond the more-than-30-year-old design of the AV-8B Harrier II that makes up the bulk of the Marines’ strike inventory.” More here.

Like years past, the excluded Chinese navy has sent a spy ship to the massive RIMPAC exercises, the Honolulu Star-Advertiser reported Thursday.
For what it’s worth: China sent a spy ship for 2012 and 2014 RIMPAC exercises. In 2016, Russia sent a spy ship in the vicinity of the drills.
Said retired Navy Capt. Carl Schuster, a former ops director for PACOM’s Joint Intelligence Center: “There are things that you can do to give them a false picture; but it takes a lot of effort No. 1, and you just have to accept the fact that some of the things you do, you can’t change, and they’re probably going to collect it.” Read on, here.

I see you lookin.’ Popular Science reports “China’s latest quantum radar could help detect stealth planes, missiles.”
The gist: “While conventional radars just measure the reflection of radio waves, a quantum radar uses entangled photons, which result when a microwave signal beam is entangled with an optical idler beam… As a result, it can identify the position, radar cross section, speed, direction and other properties of detected objects.”
The important part for U.S. air power: “Because [American] stealth aircraft are optimized to elude radio waves used by conventional radars, they would be much more susceptible to detection by their interaction with entangled photons… Such a capability is important not just for detecting aircraft, but would also be very valuable in missile defense, where one could differentiate between an actual nuclear warhead against inflatable decoys.” Read on, here.

The White House insists Russia and China stop selling refined petroleum to North Korea, CBS News reported Thursday off a U.S. report to the UN. “The report sent to the sanctions committee included a chart of North Korea tanker deliveries of refined petroleum products delivered to Kim Jong Un’s government between Jan. 1 – May 20, 2018 and gave estimates that could have been up to 1.4 million barrels if the vessels were 90 percent laden,” which would be a “breach of the 500,000 barrel [refined petroleum] cap established by U.N. sanctions.”
As well, the report alleges North Korea has called in port illicit tankers at least 89 times this year alone. Read and see more — including photos the U.S. alleges show the illicit tankers at the Nampo Port facility — via CBS, here.

This week in Russian spy shenanigans: When a GRU officer wired money for a planned coup in Montenegro to his asset in Serbia via Western Union, he put GRU’s HQ address as “sender.” (h/t @christogrozev) Story, in Russian, here. For more, see also this from Politico back in May on that attempted coup in Montenegro.

Or listen to former FBI Agent Clint Watts explain why that episode in Montenegro is deeply disturbing for more than just the U.S. and its allies — that particular discussion at the 42:10 mark — of this week’s Defense One Radio podcast. Listen on iTunes, Google Play, Overcast or wherever you get your podcasts. 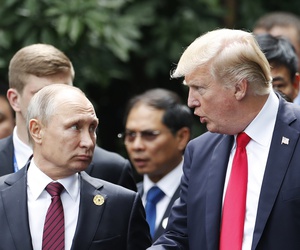 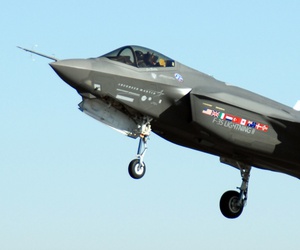 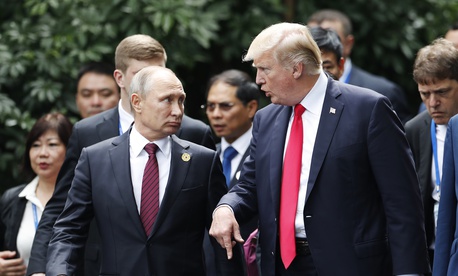 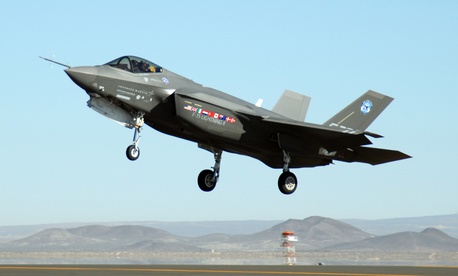