Looks like someone tried to send some poorly-made ricin to the Pentagon this week, and possibly the White House, too. Said the Defense Department in an announcement Tuesday: “On Monday, the Pentagon Force Protection Agency detected a suspicious substance during mail screening at the Pentagon’s remote screening facility. The envelopes were taken by the FBI this morning for further analysis.” CNN reported later that the packages at the Pentagon initially tested positive for ricin, or at least “a very crude castor bean concoction.”

Take a look at the room where troops sort Pentagon mail — thanks to Military Times’ Tara Copp — then thank the Heavens you don’t have to wear an outfit like this to your job. (And our hats are off to all those who do.)

More information is accelerating the hunt for who was behind it all, Lucas Tomlinson of Fox News is tweeting this morning as the investigation proceeds.

U.S. ambassador clarifies remarks about “taking out” Russian missiles. Late on Tuesday, envoy-to-NATO Kay Bailey  Hutchinson tried to clear up her statements earlier in the day about new U.S. responses to a Russian medium-range missile that U.S. officials have long said is in violation of the 1987 Intermediate Range Forces treaty.

Her tweet: “I was not talking about preemptively striking Russia. My point: [Russia flag emoji] needs to return to INF Treaty compliance or we will need to match its capabilities to protect US & NATO interests. The current situation, with [Russia flag emoji] in blatant violation, is untenable.”

Her original words, via State Department transcript: “We are beginning the research capabilities that are allowed by the treaty to deter a medium-range ballistic missile…The countermeasures would be to take out the missiles that are in development by Russia in violation of the treaty.”

This was interpreted by Reuters as saying that the U.S. was prepared to consider a military strike to destroy the Russian missiles — an act of war.

Russians responded quickly and sharply. “Who authorized this woman to make such allegations?” Maria Zakharova, the spokeswoman for the Russian Foreign Ministry, told reporters. “The American people? Do ordinary Americans know that they are paying out of their pockets for so-called diplomats who behave so aggressively and destructively?”

Kremlin spokesman, Dmitry Peskov, to CNN: The Kremlin “prefers not to pay extra attention to statements by ambassadors while we have too many uncertainties with the messages on the higher level.”

Back in Washington, officials “pressed for Ms. Hutchison to backtrack on her comments,” ultimately leading to her 3:14 p.m. ET tweet. New York Times has more, here.

Is Nothing Better than Something? Trashing These Treaties Makes No Sense // Michael Krepon: The Open Skies, Intermediate Nuclear Forces, and New START agreements are important strands of the nuclear safety net.

What Taylor Swift Teaches Us About Online War // Peter W. Singer and Emerson T. Brooking: What is “real” has become what is real online.

Welcome to this Wednesday edition of The D Brief by Ben Watson and Bradley Peniston. And if you find this useful, consider forwarding it to a friend or colleague. On this day in 1942, a screaming came across the German sky as Hitler’s Nazi regime finally performed a successful test flight of its V-2 rocket, or the world’s first ballistic missile. The Nazis waited nearly two years before turning the V-2s at France and the UK.

Return of the ISIS mapping project, because the group ain’t dead yet. Analysts at the Institute for the Study of War would like to take a moment to remind us all that ISIS may well be “regain[ing] sufficient strength to mount a renewed insurgency” in both Iraq and Syria.

And America’s partners, the Kurds, in Syria? “We feel (the Americans) are more committed now,” one Kurdish official told Reuters on Tuesday.
The gist of that element of the ISIS war: “Syrian Kurds, whom the state persecuted for years, say they do not seek independence, but hope a political deal will secure their autonomy and minority rights.” More here.

If you wear the uniform and are non-deployable…you may not even have 12 months to fix that. Otherwise, it’s off to the streets for you, Copp reported Tuesday. The new “deploy or get out” policy took effect two days ago, and the Pentagon appears to be publicly taking a tough line on the new change.
But tough is a language uniformed personnel know and respond to. Consider, e.g., “In January, DoD reported that approximately 11 percent of its total reserve, active duty and National Guard force, or 235,000 personnel, were non-deployable. [But] That number dropped to approximately 149,000 by July. Military Times learned Monday that as of Aug. 31, there were 126,000 non-deployable personnel.” So 235,000 to 126,000 in just a few months is quite an improvement. More to that story, here.

Do you know how to make cyber weapons? The U.S. Air Force wants you. Even though this one’s more for the major defense contractors as opposed to, say, the “little guy” or the 400-lbs. hacker in his parents’ basement in New Jersey, Air Force Magazine reported Tuesday there’s about $30 million at stake for the project. And it’s not just a weapon or two; the USAF wants an entire cyber weapons “factory” out of this quest.
To date, “Raytheon Intelligence, Information and Services; Lockheed Martin; Northrop Grumman; and Booz Allen have all said they have submitted proposals.” Details here.

BTW: Robots are making hamburgers, and Bloomberg is on it.

Russian President Vladimir Putin wants America to get along because the political infighting in Washington is hurting U.S.-Russian relations, he said this morning. So apparently he really cares about democracy, or something. Reuters has that short one, here.

North Korea has between 20 and 60 nuclear weapons, South Korea believes. Anyway, that’s what Seoul’s Unification Minister told parliament on Monday, the Associated Press reported.
Reminder: “U.S. Secretary of State Mike Pompeo is to visit Pyongyang this month to set up a second summit between President Donald Trump and North Korean leader Kim Jong Un.” A bit more, including how Minister Cho Myoung-gyon may have arrived at that 20-to-60 range, here.

For your eyes only: The British military carried out its first-ever joint drill with the Japanese Self-Defense Ground Forces, Agence France-Presse reports in a 61-second video.
Said UK Lt. Gen. Patrick Sanders: “All of the most valuable training is generally done with another partner because you will never fight, you will never defend your country alone.”

And finally today: The $716 billion U.S. military — explained in cartoons over just 122 seconds! That’s part of a new DOD website featuring pirates, satellites, more pirates, and other stuff to tell you what the American military does to protect the country…complete with a light and jazzy soundtrack.
The bigger story is the revamped defense.gov page, which is a bit clunkier than the one we’d known — but appears to still have the essentials for the transparent democracy that is the U.S.“Dive in” — as they say in the video — to the new page, here. 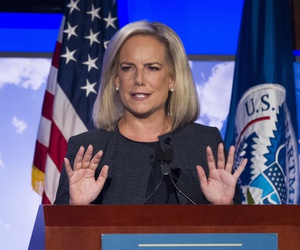 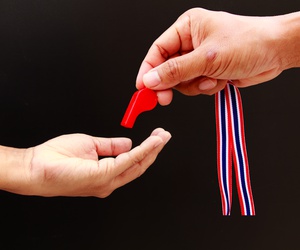 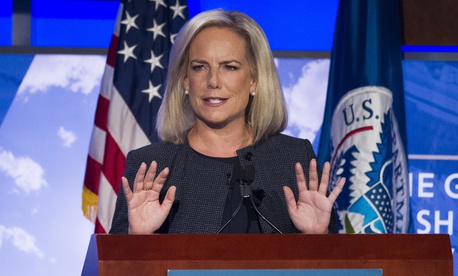 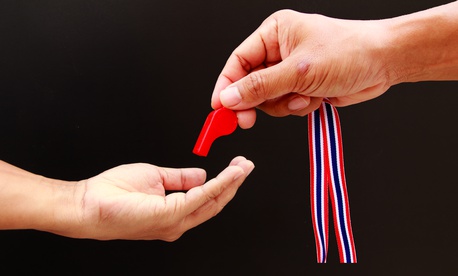