Next Generation Interceptor: The Nation’s Next First Line of Defense Against Ballistic Missile Threats
Skip to Content
Get all our news and commentary in your inbox at 6 a.m. ET.
Policy
The GOP Thinks Obama Learned His Lesson On Benghazi

After Benghazi, Republicans are happy to see the president beef up embassy security in Iraq. By Sarah Mimms 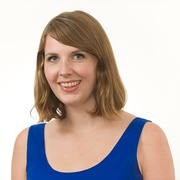 Criticism of President Obama's foreign policy is roiling around the Capitol, as devastation and terror quickly creep through Iraq and House Republicans prepare for yet another investigation of the 2012 attack that killed four Americans in Libya. But for all their highly charged rhetoric aimed at the administration, Republicans have one point of praise: Obama appears to be building on lessons learned in Benghazi in working to keep Americans in Iraq secure.

"What I see is a learning from Benghazi," Sen. Lindsey Graham told National Journal this week, saying that the administration is "absolutely" doing a better job protecting Americans there than they did in Libya just two years ago.

Although Graham said that the administration should have seen the issues in Iraq coming sooner, he largely praised their response in trying to protect Americans in the country, calling it a direct response to what happened in Benghazi.

GOP Sen. Johnny Isakson echoed that sentiment, though he was less effusive than Graham. "I think the deployment of the 275 troops to help them is a good idea. We can't have it one way on Benghazi and have it another way on Baghdad. State Department employees are critical to our country and they deserve to be protected," he said.

Many other Republican critics of the administration's reaction in Benghazi couched their opinions in larger concerns about Obama's foreign policy and the situation in Iraq in general. But criticism of the administration's ability to protect Americans abroad has been remarkably absent from Capitol Hill this week, as members of the Islamic State of Iraq and Syria have moved closer to Baghdad and the thousands of Americans at the embassy there, some of whom are being evacuated.

"Yeah, sure, I'm glad to do what we need to, improving embassy security. But that doesn't in any way address the problem of what's going on," Sen. John McCain said.

Rep. Adam Kinzinger, an Air Force veteran and member of the House Foreign Affairs Committee, called the administration's response in Iraq "feckless" overall, but said that the lessons of Benghazi did seem to be seeping in, in terms of protecting the embassies.

"I think Benghazi's obviously an idea that you've got to keep your people safe," he said. "Iraq is like the most protected compound we have.... I don't have a lot of concerns about ISIS overrunning our compound. But I think [beefing up security there] sends a message that we're here to stay."

Sen. Ron Johnson, who serves on the Senate Foreign Relations Committee, and House Armed Services Committee Chairman Buck McKeon said they too are hopeful that the administration had learned its lesson. "They've sent 275 people there. And I'm hopeful that's enough," McKeon said.

"They're certainly saying the right things," Johnson said, signaling his support for additional security in the country. "Let's hope they take the right actions."

Rep. Louie Gohmert signaled that the administration may be responding appropriately in this latest incident, but that the issues at Benghazi will continue to be a focus for the party. Gohmert pointed to oft-quoted testimony former Secretary of State Hillary Clinton gave on whether the Benghazi attacks were preceded by a protest. "All I can hear is the former secretary of State saying, 'What difference [at this point] does it make?' Maybe they've figured out that it does make a difference," he said.