Here’s How Multi-cloud Is Driving the Future of Government Work
Skip to Content
Get all our news and commentary in your inbox at 6 a.m. ET.
Policy
Littoral Combat Ship, at a Crossroads

The U.S. Navy’s littoral combat ship program is at a crossroads, and it’s not just a new Government Accountability Office review saying so.

At a Senate Armed Services Committee hearing on Dec. 1, senators, the GAO, and a representative from the Office of the Secretary of Defense slammed the program for cost overruns, engineering failures, and more.

Vociferous criticism for the ships is nothing new in committee hearings, But yesterday’s hearing also saw calls for further reducing planned purchases.

The Navy, which has bought or ordered 26 LCSs and just received approval for another two, is working to build a fleet of 52 small surface combatants (either LCSs or a planned modified version dubbed a frigate). But the recently settled National Defense Authorization Act of 2017 provides for only 40.

“Given the cost overruns, mission package testing woes and the rate of engineering failures, reducing the size of this program is a necessary first step,” SASC chair Sen. John McCain said. “I am prepared to go even further by taking a hard look at any further procurement of ships until all of the mission packages reach IOC,” or initial operating capability.

In the 2018 budget, the Navy plans to ask Congress to approve a “block buy” of the final 12 frigates and their accompanying weapon — to a tune of up to $14 billion.

Francis recommended against that, telling the committee members that “your opportunity to influence what gets done will be largely compromised once you approve the block buy.”

At Defense Secretary Ash Carter’s direction, the Navy is preparing to stop building one of the two LCS designs, either Austal USA’s trimaran or Lockheed Martin’s single-hull, and add guns and other gear to the winning design. But Francis, who said the modifications may add up to $100 million to a pricetag that has already doubled, suggested that the Navy declare the upgrade effort a separate major acquisition program. That would mean holding a new design competition before choosing a winner.

“Make it a major acquisition program with its own baseline and its own milestones,” he said. In following years, “then you can consider if you want to authorize more ships, and that should be based on the demonstrated performance of the ships.”

But Sean Stackley, the Navy’s acquisition chief, pushed back and said that the block buy is about locking in prices and vendors, not removing oversight.

“A block buy is still annual procurement of each ship in the block buy,” he said. “You will have absolute insight and oversight each step of the way.”

The Next Four Years

Even if Congress rejects the “block buy” or other acquisition plan, the Navy might still be able to buy more LCSs in the next four years.

It was Secretary Carter who directed the Navy to cut back from its planned 52-ship procurement to the FY17 budget’s 40, in order to prioritize more advanced capabilities like the F-35 and Standard Missile-6.

But there is no guarantee the new administration will think similarly. As part of a larger plan to “upgrade America’s military,” president-elect Donald Trump promised to grow the Navy to 350 ships. There are a variety of ways the Navy could arrive at 350 total ships, but most plans would meet or exceed the 52 proposed in the current 308-ship fleet target. A Congressional Research Service study, for example, anticipated 56 LCS/frigates in such a Navy. 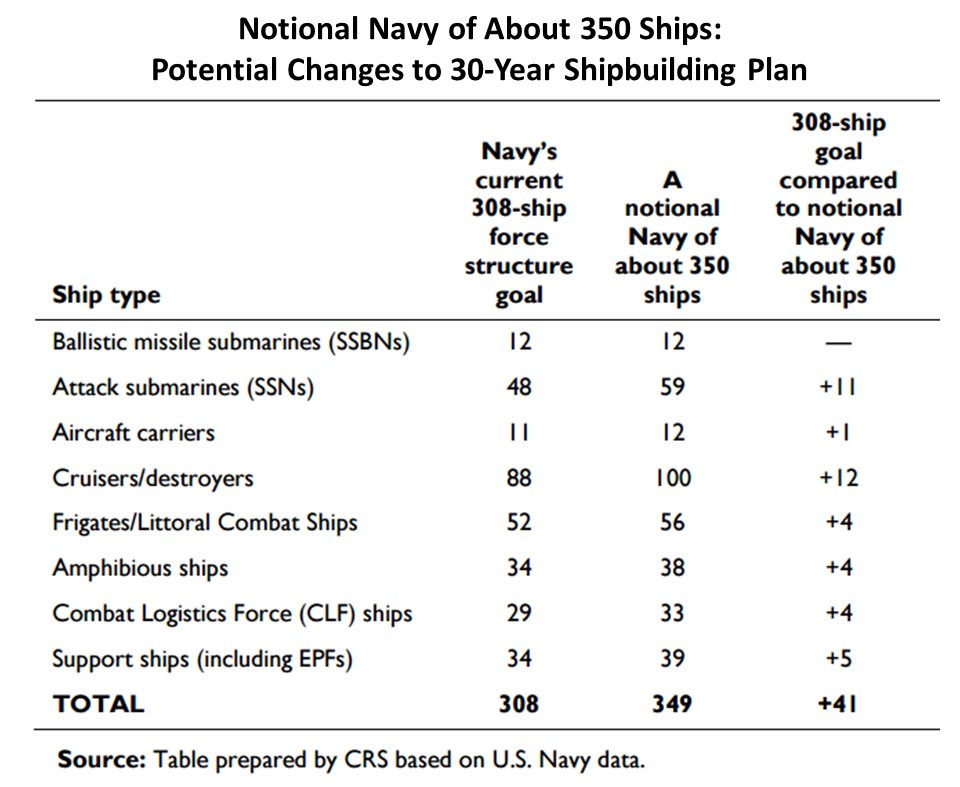 How would more small surface combatants be used? Ineffectively, according to Michael Gilmore, the defense secretary’s director of operational test and evaluation.

“The LCS program has not yet demonstrated effective warfighting capability in any of its originally envisioned missions: surface warfare, mine countermeasures and anti-submarine warfare,” he said.

Francis put it more bluntly in his opening remarks: “We’re 26 ships into the contract and we still don’t know if the LCS can do its job.”

But Navy leaders are confident enough in the ship’s capabilities to be asking for more of it, Vice Adm. Thomas Rowden, the head of Naval Surface Force Pacific, said at the hearing.

Adm. Kurt Tidd, the commander of U.S. southern command, for example, has issued an open invitation to the services to conduct joint exercises with his command. That extends to any party interested in testing out new tactics or technologies, but he specifically thinks the LCS would plug in well to the low-threat, “target-rich training environment” and missions of SOUTHCOM.

“A vessel like the littoral combat ship that has a relatively small footprint and is relatively inexpensive to operate, we think would be ideally suited,” Tidd said last month.

And despite the ship’s problems to date, U.S. Pacific commander Adm. Harry Harris said last month he has faith in the program. Recalling the consternation that small, missile-toting Soviet boats caused him when he served aboard the USS Saratoga during the Cold War, he said the LCS will  “pack a punch” once it’s upgunned with new missiles.

“The then-Soviet Nanuchkas, Tarantuls and Osa patrol boats … were relatively tiny ships, but we had to track every one of them and know where they were throughout the Mediterranean,” Harris recounted to an audience at a Defense One event. “They were a threat well beyond their size. They were a threat to the carriers, destroyers, the whole thing. And I want the LCS to be viewed by our adversaries in the region in the same way.”

NEXT STORY: The NSA-Cyber Command Divorce Is Inching Closer to Reality