The Republican front-runner delivered his most scripted address yet laying out what he called his 'consistent' and 'unpredictable' national security ambitions.

So that is what a “presidential” Donald Trump looks like.

The Republican frontrunner delivered the most scripted, and stilted, speech of his 10-month presidential campaign on Wednesday. He used a teleprompter. He spoke softly and deliberately. And at different points in the nearly 40-minute address, he pledged as president to develop a foreign policy that would both be “unpredictable” and “consistent.”

A day after declaring himself the GOP’s presumptive nominee, Trump wanted to show the club of political insiders who have long snubbed him that, yes, he could give a sober, considered address on his vision for the world. Yet by design or not, the awkwardness of Trump’s presentation made clear that this was not the freewheeling anti-politician who has won the votes of more than 10 million Republicans over the last four months. There was no rapturous crowd of thousands to hear him at the Mayflower Hotel in Washington, just a couple hundred people who responded to a few of his punchier declarations with meek applause. And while the address neatly summarized the various foreign-policy positions Trump has taken in interviews and at campaign rallies, it did not eliminate their inherent contradictions.

Those began right at the top.

Trump heralded the military might of America’s past, recalling the defeat of the Nazis and the Japanese in World War II and its victory over Soviet Communism in the Cold War. Yet for the “major and overriding theme” of his foreign policy, Trump chose “America First”—a slogan made famous by the aviator Charles Lindbergh and other opponents of U.S. intervention in World War II.

Trump later elaborated on his criticism of NATO, saying that U.S. allies “are not paying their fair share.”

The countries we are defending must pay for the cost of this defense—and, if not, the U.S. must be prepared to let these countries defend themselves.

In the next breath, however, Trump said that under President Obama’s leadership, “our friends are beginning to think they can’t depend on us.”

“We’ve picked fights with our oldest allies, and now they’re beginning to look elsewhere for help,” Trump said in a reference to Israel, mere seconds after he seemed to pick his own fight with U.S. allies in NATO. He listed a series of “humiliations” the nation had suffered because of Obama, beginning with the president’s ill-fated 2009 trip to Copenhagen in a failed, last-ditch effort to win the Olympics for Chicago. He repeated his long-running critique of the administration’s nuclear deal with Iran and bemoaned the fact that when Obama landed in Cuba for his historic visit earlier this year, there was no Cuban leader there to greet him as he departed Air Force One. “If President Obama’s goal had been to weaken America,” Trump said, “he could not have done a better job.”

On the whole, Trump’s address was long on vision and short on details—in that sense, it was not all that different from most candidate speeches. The lack of specifics, he suggested, was intentional. “We have to be unpredictable, and we have to be unpredictable starting now,” Trump said. He pledged to defeat ISIS both militarily and philosophically, but don’t ask him how.  “I have a simple message for them,” Trump warned. “Their days are numbered. I won’t tell them where and I won’t tell them how.” He then pledged to rebuild the “depleted” military. How much would he spend? “Whatever is needed.”

In other ways, Trump’s address edged him closer to the mainstream of American foreign policy. His pronouncements on the use of military force, for example, could have been uttered verbatim by any recent president. “I will not hesitate to deploy military force when there is no alternative,” he said. “But if America fights, it must fight to win. I will never send our finest into battle unless necessary—and will only do so if we have a plan for victory.

“Our goal,” Trump continued, “is peace and prosperity, not war and destruction.”

The ritual mocking of Trump from the Beltway establishment began before his speech even ended. “Not sure who is advising Trump on foreign policy but I can understand why he’s not revealing their names,” tweeted Senator Lindsey Graham, Trump’s onetime rival and erstwhile troll. He continued:

Question #1 for Trump: Are we sure the guy running the teleprompter has the pages in the right order? #notmakinganysense

Trump speech is pathetic in terms of understanding the role America plays in the world, how to win War on Terror, and threats we face.

For Trump, the speech appeared to be an altogether uncomfortable experience, the kind of forced attempt at looking “presidential” that he has frequently scoffed at while campaigning. At times, he ad-libbed a “Not good!” or “Bad!” or “A mess!”—as if to signal to his fans that it was really him speaking, not some low-energy impostor with a battery missing. Trump concluded with a few extra platitudes, vowing to make America “strong” and “reliable” and, yes, “great again.” When he was done, the crowd applauded politely and Trump walked slowly off stage, finally done with a formal speech he seemed painfully unaccustomed to delivering. 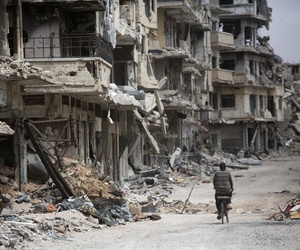 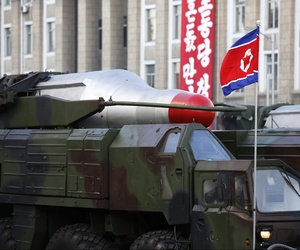 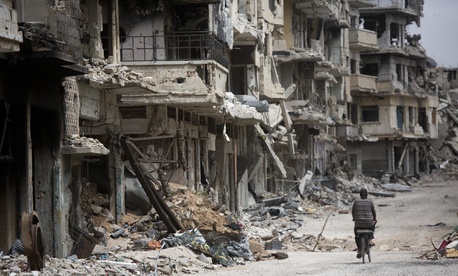 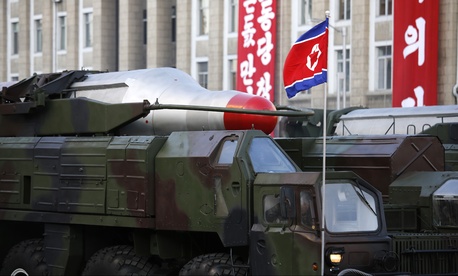