“Why wasn’t there an investigation done before the captain was relieved?” one former senior official asked.

Acting U.S. Navy Secretary Thomas Modly’s dismissal of a beloved captain who raised concerns about the health of sailors aboard the aircraft carrier Theodore Roosevelt sparked swift and sudden outrage from lawmakers and former service members who saw the move as retribution.

But within the Navy, the move left sailors, Marines, and former senior leaders more confused than angry. The timeline leading up to the abrupt relief of Capt. Brett Crozier raíses more questions that it answers about why Crozier felt compelled to go outside of his chain of command to raise alarm bells about the situation on board the Roosevelt, these people said — and why, less than a day after claiming that it wasn’t going to “shoot the messenger,” the Navy fired him.

“Why wasn’t there an investigation done before the captain was relieved? Because clearly somebody in his position — a carrier CO who was headed upward with a bullet — why would he do this if he hadn’t been stymied somewhere in the chain of command?” said one former senior Navy official, who like other current and former officials said Crozier would have been acutely aware that his actions would cost him his career.

Crozier on March 30 wrote a letter pleading for help in protecting his sailors from a growing coronavirus outbreak on the carrier, sending the four-page missive to dozens of military leaders inside and outside of his chain of command. It was quickly leaked by an anonymous source to the San Francisco Chronicle, whose article on the situation drew worldwide attention. According to Modly, the assistance that Crozier had asked for was already on the way when he wrote the letter, and Crozier’s immediate superior officer, the commander of the Roosevelt strike group, was “berthed 20 or 20 feet down the passageway from him.” Speaking to the radio talk show host Hugh Hewitt on Friday, Modly also said that he had given Crozier his personal cellphone number.

“At no time did the CO relay the various levels of alarm that I, along with the rest of the world, learned from his letter when it was published by the CO’s hometown newspaper,” he told Pentagon reporters Thursday.

At first, the Navy signaled that it wasn’t going to penalize Crozier.

But late on Thursday afternoon, Modly and Gilday called a hasty press conference to announce Crozier’s relief. Crozier showed “poor judgment” by sending the letter to so many people, the acting secretary said. By allowing the letter to go to so many people, virtually ensuring it would leak, Modly said, “It creates a panic, and it creates the perception that the Navy is not on the job, the government’s not on the job, and it’s just not true.”

But those explanations didn’t satisfy service members and former officials watching from the outside.

“Something else is going on, and lots of folks are questioning the statement by SECNAV in the press brief, ‘help was on the way,’” said one defense official. “If that were true, and had been communicated to this very senior Navy captain, I cannot imagine that he would draft, much less forward, such a memo. “

“We all believe that the memo doesn’t tell the full story, and the SECNAV’s transparent press conference doesn’t either,” that official said. “So, I am reluctant to pass judgement either way.”

Crozier was hailed as a hero by his crew. By Friday morning, videos surfaced of hundreds of sailors gathered to see him off the ship, chanting his name — “Cap-tain Cro-zier!” — and clapping their hands.

Some outside analysts and former Navy officials have supported the decision to dismiss Crozier, arguing that the chain of command is sacrosanct and violations cannot be tolerated — even when they are done with the best of intentions.

“The country simply cannot have a Navy in which its commanders are freely communicating their concerns open source, NO MATTER HOW RIGHT CROZIER WAS IN THIS PARTICULAR CIRCUMSTANCE,” Bryan McGrath, the managing director of the defense consultancy The Ferry Bridge Group and a retired naval officer who commanded the guided missile destroyer USS Bulkeley for two years, tweeted in a lengthy thread about the dismissal that defended both Crozier and Modly. “The NORM must be the chain of command. That NORM must be protected institutionally by those entrusted with its upkeep.”

But even if Modly’s decision to relieve him of his role as CO of the Roosevelt was justified — Crozier is still a captain in the Navy — his previous decision to provide the captain with his call phone is “very odd,” the former senior official said, and raises questions about the circumstances leading up to his dismissal.

“This is an invitation to ignore the chain of command. If he had used that cellphone number, his career was over with too — because the Navy would have gotten to him somehow.”

“The sequence doesn’t add up. Somebody failed beside the captain, and you need to know who.”

Modly on Thursday announced that he would launch an investigation into the 7th Fleet’s command climate to see what other factors might have led Crozier to send his letter.

But a group of Democratic senators on the Armed Services Committee has asked the Pentagon inspector general to open an investigation into the firing.

“Given the extraordinary circumstances under which these events took place, we believe a closer examination by a neutral third party is warranted,” the group wrote, according to Reuters.

The House Armed Services Committee will almost certainly hold a hearing on the matter when Congress is able to return to Washington — COVID-19 has kept lawmakers at home since it passed the latest stimulus package — said Rep. Ruben Gallego, D-Ariz., a member of the panel and a retired Marine who served in Iraq.

Several current officials who spoke to Defense One on the condition of anonymity said that because of the confusion surrounding the circumstances of Crozier’s relief, the incident is likely to make other commanders think twice about reporting safety concerns over coronavirus.

“Right now, what they are saying out there to every commander is ‘don’t complain too much and if you embarrass us, we’re going to fire you’,” Gallego said.

In part, what makes Crozier’s termination extraordinary is the speed with which it happened compared to other high-profile Navy firings. The commanding officer of the USS Fitzgerald wasn’t removed for 24 days after a 2017 collision that drowned seven sailors. It took 41 days for the CO of the USS John McCain to be relieved after a similar incident that killed ten sailors.

“It doesn’t add up to me. It took these guys…months to fire the captain of the USS McCain after seven or eight men died,” Gallego said. “Their actions were so sudden, it’s mind-boggling, to be honest.” 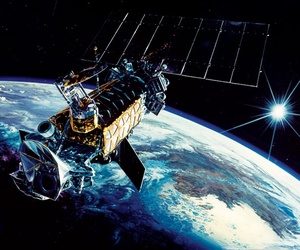 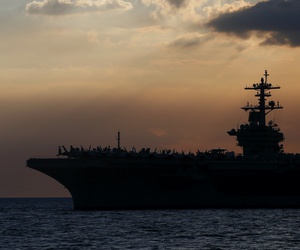 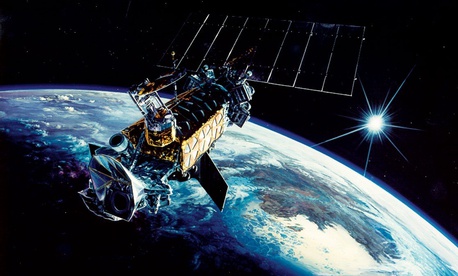 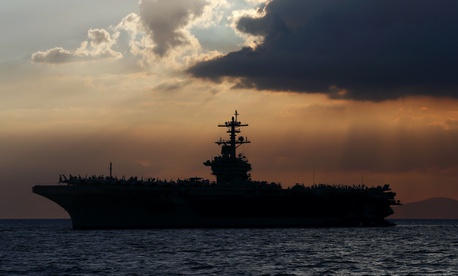