Only 13 days after he became president-elect of the United States, Donald Trump found himself already entangled in questions about conflicts of interest. First came pictures of his daughter Ivanka, one of the Trump children who he says will oversee his “blind trust,” sitting in on meetings between her father and foreign heads of state. Then came reports he had also met with Indian real-estate executives who have a marketing deal with him shortly after his victory. Finally, on Tuesday, word broke Trump had encouraged Nigel Farage, a prominent British politician, to intervene in an ongoing dispute between Trump and offshore Scottish wind farms near his golf course. (Trump did not dispute the report later that day in a meeting with New York Times reporters.)

Presidential ethics scandals are hardly novel, but the country has never before had a president who could enter office with as many conflicts of interest as Trump does. What limits does he face once in office? What laws could he potentially violate without proper safeguards? What consequences could he face in Congress and the courts if wrongdoing is discovered, or if the appearance of it is merely suggested?

To help slice through this legal, ethical, and constitutional thicket, I spoke with Ambassador Norman Eisen, who served as the chief White House ethics lawyer for the Obama administration from 2009 to 2011. The following interview has been edited for length and clarity.

Matt Ford: So let’s start with a baseline: How does this ethics situation normally work for presidents?

Norman Eisen: Not like this. Every president for the past four decades has voluntarily elected to utilize a blind trust or the equivalent so that their presidency and their pre-presidential transition will not be tainted by the appearance or reality of the kinds of conflicts between Trump’s personal business interests and the public interest that are already afflicting him and increasingly occupying larger and larger slices of the news cycle.

Presidents don’t want to have to deal with the problems that are created by having your daughter, who’s also going to manage your business, sit in on a meeting with a head of state or participate in a phone call with another head of state. They don’t want to have the entanglements that may arise from perhaps raising with a British delegation your dispute with a wind farm by your golf course. So what presidents typically do—even though it’s not legally required—is roll their investments off into a blind trust, or an equivalent conflict-free, very simple investments like Treasury instruments or T-bills, or widely diversified mutual funds where you don’t actually know what stocks are being traded on any given day so there can be no taint of conflict. And that’s what every president since Carter has done.

Ford: President-elect Trump told the New York Times on Tuesday: “The law’s totally on my side, the president can’t have a conflict of interest.” Is that true?

Eisen: He is wrong. The best you get on an average day from Mr. Trump is a half-truth, and as usual, this is a half-truth. It is the case that there are certain portions of the federal conflict-of-interest laws that apply to all other federal officials, but do not apply to the president and vice president.

But those occur in a large body of constitutional, criminal, and civil law that is intended to regulate conflict. There’s no dispute that the president is covered by the federal criminal law, including 18 U.S.C.§ 201, for example, which is bribery of public officials. What is the reason we don’t want public officials agreeing to quid-pro-quo arrangements? I’m not saying Mr. Trump did this. He said today he might have raised his wind farms with the British delegation. But hypothetically, let’s say you have a president who says, “Look, I know you’ve just left the EU, you want a new free-trade agreement with somebody, I’ll give you one, but I want some consideration on my wind farms, stop building that wind farm.”

I’m not saying Mr. Trump did that, I don’t know of any evidence yet of a quid pro quo. I’m damn curious about exactly what was and was not said in that conversation, I’ll tell you that. But hypothetically, let’s say you have this situation. That would be a violation of the statute. The reason that’s a violation is because it’s the mother of all conflicts: You’re getting something that’s personally valuable to you, and that means that your public judgment is suspect.

So there’s a full body of criminal law, and then there’s the constitutional conflicts like the Emoluments Clause. What’s the reason that the Framers did not want foreign sovereigns giving presents to presidents? The answer is because it makes them conflicted. It distorts their judgment.

And, of course, there’s congressional remedies for sufficiently serious Emoluments Clause violations: impeachment or congressional investigation. Remember, the Senate is just hanging by a few votes, so a few angry Republican senators are enough to start having hearings and demanding documents and witness testimony if there’s a sufficiently big problem in any of this. And then, of course, the worst case is impeachment.

And it’s also possible that a private citizen or a business that was injured by one of those foreign presents to Mr. Trump would have a cause of action, so there’s civil remedies too. I could go on, but there’s a lot of laws bearing upon conflicts that affect Mr. Trump. What he says just is not true.

Ford: One thing that kind of surprised me about this is that there are some exceptions in some of these laws for the president and vice president, and I think that’s where he’s getting that idea from. Why do those exceptions exist?

Eisen: They exist for several reasons. One is that there’s a constitutional question about separation of powers. To what extent can Congress say these are the conditions under which the president can do his duty? For example, Congress makes the president do a conflicts disclosure called the Office of Governmental Ethics Form 278. So if the conflicts laws don’t apply to him, why does he have to do a conflicts disclosure? I think there’s room for Congress to regulate presidential conflicts, but they have to move carefully but there is a separation-of-powers issue.

The other thing is you don’t want to have the president in the middle of a crisis where he’s about to make an urgent decision, and his White House Counsel says to him, “Oh, Mr. President, you have a conflict of interest. You have to leave the room. You can’t decide whether to rescue those hostages.” We don’t want to have that.

There are ways Congress can regulate here. But nobody contemplated when the statute was being drafted anything like the unseemly parade of business conflicts that Mr. Trump has been exhibiting on his properties, and I think if they had, they would’ve found a way to legislate some limitations.

Ford: Say I’m Donald Trump, and I wake up tomorrow, and I want to do whatever it takes to avoid these conflicts. What would you suggest I do?

Eisen: I would suggest you set up, as every president has for the past four decades, a blind trust or the equivalent. Professor Richard Painter, the Bush ethics czar, and I have laid out a bipartisan plan that’s been endorsed by the Wall Street Journal and even by the New York Post. It’s a simple plan: Trump signs all the properties to an independent trustee, one who’d qualify under the blind-trust law. Even though he’s not bound by the law, this is how presidents have done it. He signs everything over and says, “Trustee, you manage.” The trustee would find a way to liquidate those assets as quickly as he could. He might do an IPO, an LBO, or private equity. Then the trustee would take the proceeds from those assets and put them behind a big, beautiful wall in the trust so Trump wouldn’t know what his own investments were. Or the trustee or Mr. Trump could put the money into T-bills or widely diversified mutual funds as President Obama did, because President Obama’s holdings were so simple.

Then the final thing you’d need to do if the Trump Organization managers, including his kids, were part of the IPO, the LBO, the private equity, then you’d need to put up another wall between Trump and his kids. They can talk about grandchildrens’ birthdays, but they can’t talk business. And everybody in the White House and the government needs to know you can’t talk business with a Trump Organization official. You could even have a do-not-fly list where if one of these people calls, you immediately get White House counsel on the line to determine if the ethical firewall has been breached.

It’s conceptually simple and practically complex, but we know it can be done. We know it’s a sacrifice for Mr. Trump. But we’re not asking his kids to do it. We thought about it, but we thought it was too unfair to make his kids walk away. So we’re not asking the kids to do that. We’re simply asking them to follow the blind trust and an ethics firewall so it’s fair to him and it’s fair to his kids, and most of all, so it’s fair to the country. That’s what has to come first.

Ford: One final question, then: Say I’m Donald Trump, I wake up tomorrow, and I decide to only do some of that, or do all of it but not strictly abide by it. Is impeachment the only remedy?

Eisen: No. On some of this stuff, it raises criminal issues. He could be investigated by the Justice Department and by the FBI. I think Mr. Comey has demonstrated he doesn’t given a damn what anybody thinks, so the FBI could look into this. Obviously Mr. Trump’s going to appoint the head of the Justice Department, but it would be looked at by others pending confirmation.

Then you could also have civil litigation. It’s possible that civil parties injured by an Emoluments Clause gift—competing business, individuals, or firms—could file litigation. State attorneys-general have some jurisdiction, depending on some of the conduct, say if some of it involves fraud. Mr. Trump is already involved in a tremendous number of open litigation cases and there’ll undoubtedly be more as long as he’s tied to these businesses. Those cases could provide a vehicle to ventilate some of these issues in substance.

But why are we even talking about this? He could sign his stuff over to a true, independent trustee, not a family member, let the independent trustee liquidate, put the liquidated assets behind a big, beautiful, blind-trust wall, and set up another ethics firewall for your kids and other managers of the organization. That simple, four-step process would spare us all of this. 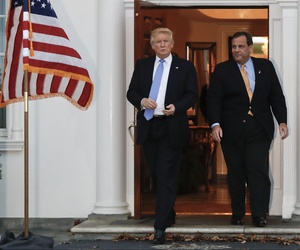 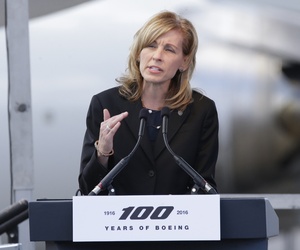 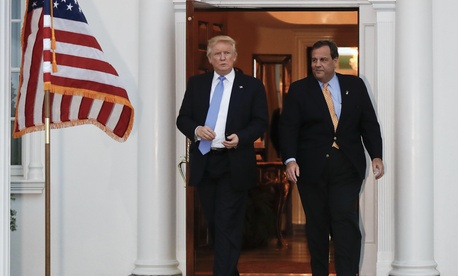 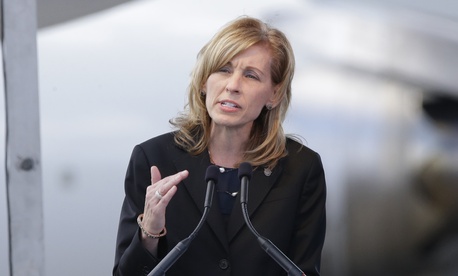