Building Stronger Public Health through the Pandemic and Beyond
Skip to Content
Get all our news and commentary in your inbox at 6 a.m. ET.
Ideas
I'm an Actor and Activist. Silence Is Just Not an Option

After Roseanne's tweets, critics again want to silence all artists. But I'm a 10-year advocate for human rights in Iran and done right political participation should include all people — including celebrities. 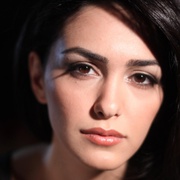 From time immemorial celebrity and politics have been intertwined and controversial. We need only glimpse recent headlines about Roseanne Barr and Samantha Bee to see how polarizing that combination can sometimes be, and how important it is that all public figures, regardless of occupation, are held to account for what we say and do.

Unfortunately, divisive remarks not only distract people from any valid argument we may be trying to make, they also cause pundits to feel justified in their demands for stars to stick to their day jobs, which can discourage many of us who are attempting to shine a light on important issues. The irony is, of course, that crass and objectionable views are not limited to celebrities and are often expressed by the very people we elect and pay to know and do better. Actors and celebrities — like all people — can and should belong in the political arena in any free and fair society.

So, how can we reconcile this yearning for a fictional era when celebrities kept quiet about their views with the fact that we have twice elected celebrities to the highest office in the United States and turned movie stars into governors, congressmen, and mayors? It seems this ambivalence is tempered by our personal biases and we are more willing to accept celebrity advocacy when the message being delivered fits neatly into our political narrative.

Admittedly, not all celebrity activists or causes are equal. From Harry Belafonte’s civil rights leadership and Audrey Hepburn’s ambassadorial work with UNICEF to Bono’s ONE Campaign, the power of celebrity in impacting substantive change is undeniable, which is perhaps why the silencing of artists has become a hallmark of oppressive states. This fear of celebrity influence not only incited Cold War era censorship of artists in the U.S., but continues to take hold in countries like my homeland of Iran.

Related: How a Rock Concert Turned Nelson Mandela into a Cold Warrior

As a decade-long advocate for human rights in Iran, I have seen countless cases of artists and musicians being persecuted and silenced. Most notably, celebrated Iranian film director Jafar Panahi was arrested in 2010 and charged with propaganda against the Iranian government. He was sentenced to six years in prison (served under house arrest from 2011) and an ongoing 20-year ban on filmmaking, granting media interviews, and leaving Iran. More recently, the funeral of legendary Iranian actor Naser Malek-Motiee, who had been banned from acting since the inception of the Islamic Republic 39 years ago, turned into a mass protest against government oppression. In his speech, Malek-Motiee’s son, Amir Ali, asked the Iranian media which had ignored his father for four decades, why they were only now lifting the ban and showing photos of him after his death.

Of course, the silencing of artists is often a sign of a much deeper political malaise. The recent economic, social and political protests in Iran are a testament to that. These brave protesters are willing to risk being beaten, imprisoned and executed, to stand for their rights.

I am an actor. Many people have advised me to refrain from advocacy work, not only because it requires time away from my career, but also because it could deter people from employing me. Certainly, it would be more comfortable to avoid the inevitable criticism, skepticism and backlash that comes with any Iran-related advocacy amidst the current political climate so fraught with tensions over the Iran nuclear deal, or JCPOA, and a polarized Iranian diaspora. But for many of us expats whose loved ones suffered persecution, silence is just not an option. This is why I chose to educate myself and use my platform to amplify their cries for freedom and justice to the best of my ability. I have talked to lawmakers in British Parliament, I spoke at the German Bundestag, and took meetings on Capitol Hill to urge world leaders to help free political prisoners, stand with women protesting against compulsory hijab, and give as much attention to the United Nations human rights treaties to which Iran is a signatory and has been violating for decades as they do to the JCPOA. Last month, I was honored to speak in Washington about women’s rights at the National Democratic Institute’s annual Madeleine K. Albright Luncheon, with the former secretary of state. As I said then and believe now: the role I’m most proud of is my role as an activist.

Human rights usually is not a left-right issue and those advocating for it hopefully should not draw the same vitriolic reactions from partisans. But all advocacy is political and inherently risky, especially on foreign policy issues. If it were easy, we wouldn’t have to do it. Angelina Jolie has consistently shaken off critics as she evolved into a United Nations ambassador tirelessly traversing the globe from refugee camps to NATO headquarters. George Clooney is a leading advocate for peace in Sudan, but not without criticism. Pearl Jam and Bruce Springsteen sung anti-war songs without penalty, but the Dixie Chicks’ entire careers were derailed by a single spoken comment against the Iraq War.

Perhaps my urge to use my freedom of expression to protect that of others stems from how heavily we as actors rely on that very freedom in our craft. As an actor I get to portray the human condition and as an activist I can hopefully help change the human condition — the common denominator being empathy.

It should not be so hard to understand why artists can make effective activists. We have every right to be hyphenates, as long as we understand our potential to shape social consciousness and we do not take that responsibility lightly.

Nazanin Boniadi is an actor and activist. She currently appears on ‘Counterpart’ (Starz) and in the upcoming film ‘Hotel Mumbai.’ She previously starred on ‘Homeland’ (Showtime). Boniadi is also a board member at the Center for Human Rights in Iran, a term member at the Council on Foreign Relations, and a former spokesperson for Amnesty International USA.

NEXT STORY: A Radical Pick for the National Security Council