John Bolton’s new chief of staff comes from the Center for Security Policy, a group that was largely shunned by conservatives in Washington—but is making a comeback in the Trump era.

On Wednesday, National-Security Adviser John Bolton chose Fred Fleitz—who for the last five years served as a senior vice president at the Center for Security Policy—to be the National Security Council’s executive secretary and chief of staff. What makes that choice extraordinary is that, for more than a decade, the Center for Security Policy (CSP) has been arguing that American Muslims who observe shariah, or Islamic law, don’t deserve the protections of the First Amendment.

“American elites still deal with shariah as just a religious system,” declared a 2010 CSP report, “when in fact it is as totalitarian a political program as ever were those of communism, fascism, National Socialism, or Japanese imperialism.” Thus, American Muslims who are, in the Center’s terminology, “shariah-adherent,” should be treated less like Jews who adhere to Jewish law or Catholics who adhere to Canon law than like American Nazis during World War II. As the Center’s president, Frank Gaffney, told congressional staffers in 2010, “Shariah is about power, not about faith … far from being entitled to the protections of our Constitution under the principle of freedom of religion, it is actually a seditious assault on our Constitution which we are obliged to prosecute, not protect.”

The Center made this argument in depth in a 2015 report it called “The Secure Freedom Strategy: A Plan for Victory Over the Global Jihad Movement.” Fleitz was one of its 16 co-authors. It called for revoking the citizenship of American Muslims who follow Islamic law. The government, it argued, should “use shariah-adherent advocacy and practices as legal premises for deportation and stripping of American citizenship.” It “must revoke the citizenship of naturalized Americans who, in seeking to insinuate shariah-compliant norms into civil society, have violated their oath of naturalization and allegiance to defend the Constitution of the United States.”

The report did not stop there. “Over 80 percent of U.S. mosques have been shown to be shariah-adherent,” it declared, “as evidenced in such visible characteristics as dress, beards, and male-female segregation; the content of preaching and sermons; and printed materials on display or for sale. They are incubators of, at best, subversion and, at worst, violence and should be treated accordingly.” To understand what the report means by “treated accordingly,” it’s worth noting that Gaffney has cited the 80-percent figure as evidence that the residents of Murfeesboro, Tennessee, should be allowed to block the construction of a mosque in their town.

The report argues that, in seeking to replace the Constitution with shariah law, these mosques are part of a conspiracy led by the Muslim Brotherhood, which also secretly controls some of America’s largest Muslim communal organizations, including the Council on American Islamic Relations, the Islamic Society of North America, and the North American Islamic Trust. The report proposes “new legislation that identifies and bans Brotherhood operations” like these “as hostile or subversive to the U.S. legal order.” If that’s not possible, it continues, “at a minimum,” the government should revoke their tax-exemptions since “501(c)(3) status … should be reserved for those institutions not promoting shariah in any way.” The report also urges that America’s “academic institutions” “be discouraged” from supporting “interfaith dialogue, ‘Muslim-Christian understanding,’” and other programs aimed at promoting tolerance between Muslims and non-Muslims because such work often “amounts to promoting shariah.”

Not long ago, views like this made Gaffney and the Center for Security Policy pariahs in conservative Washington. In 2011, after Gaffney accused the anti-tax activist Grover Norquist of “supporting a stealthy effort to bring shariah” to the United States, the American Conservative Union informally banned him from speaking at its signature event, the Conservative Political Action Conference (CPAC). In 2013, Gaffney losthis longtime column at The Washington Times. In 2015, The Daily Beast observed that, “Gaffney has been shunned by pretty much everyone in conservative intellectual circles.”

What a difference three years makes. Today, America’s secretary of state is Mike Pompeo, who as a member of Congress appeared on Gaffney’s radio show at least 24 times. The national-security adviser is John Bolton, a frequent speaker at events sponsored by the Center, and the man most responsible for Gaffney’s reinstatement at CPAC in 2016. And, as of Wednesday, Bolton’s chief of staff is Gaffney’s longtime right-hand man.

Could the recommendations in the report Fleitz co-authored ever become government policy? The first step would likely be designating the Muslim Brotherhood as a terrorist organization, something the Center for Security Policy has urged for many years, and which Pompeo and Jeff Sessions both supported while in Congress. If that happened, a zealous Justice Department could target American Muslim organizations, and even mosques, by claiming they have Brotherhood ties. According to a 2009 ACLU report, a Bush administration executive order “effectively allows the government to shut down an organization without notice or hearing and on the basis of classified evidence, and without any judicial review,” if officials suspect it of being “associated with” a terrorist group. One of the organizations cited as among the “United States-Muslim Brotherhood affiliates” in the 2015 Senate bill that Sessions co-sponsored is the North American Islamic Trust, which serves as property owner for hundreds of American mosques.

None of this is likely in the current political climate. But Americans have yet to see how President Trump—guided by advisers like Sessions, Pompeo, Bolton, and Fleitz—would respond to a major terrorist attack on American soil. There’s a parallel between the CSP report’s depiction of American Muslims as closet terrorists and Trump’s own depiction of American Latinos as rapists, criminals, and gang-members. Eighteen months into the Trump presidency, Latino immigrants are suffering that rhetoric’s consequences in brutal ways. The selection of Fred Fleitz makes it more likely that American Muslims could one day too. 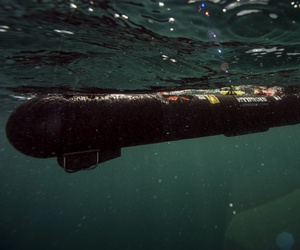 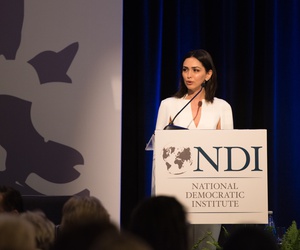 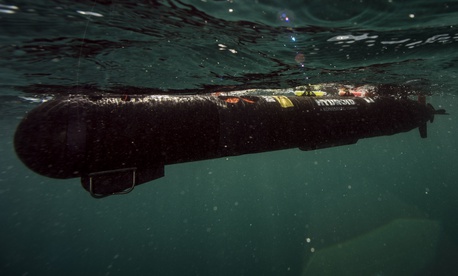 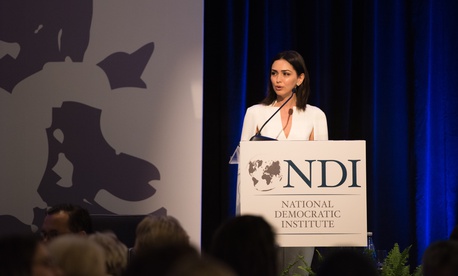